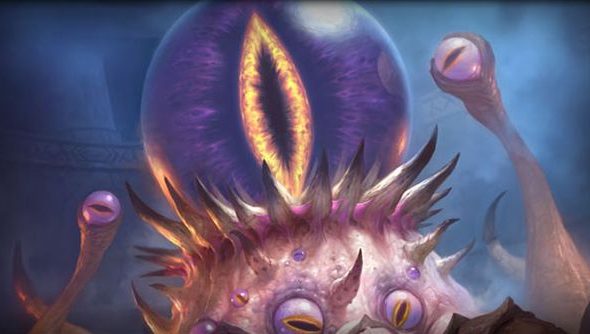 If you want to get some questions in before it starts, just head to the official forum thread.

If you’ve had enough of WoW, check out our list of new MMOs.

If you don’t fancy diving into the forums, you can also ask stuff with the hashtag ‘#LegionQA’ on Twitter. Either way you decide to do it, questions need to be a maximium of 40 words to have a chance of being answered.

You can tune in below:

Update 10 May, 2015:The Legion stream has now finished, because that’s how time works. We’ve added the archived stream below, as well as details on the upcoming beta.

Legion was supposed to enter beta in November last year, but it just wasn’t ready – hence the alpha. It’s now closer to the point it needed to be at, so the time for beta will soon be upon us.The current plan is to take the alpha down over the next day, send out a beta invite wave, then at 2pm PST, Thursday, wipe all of the existing characters and start the beta.

Original Story 10 May, 2015:Legion isn’t hugely far away now, World of Warcraft’s latest expansion scheduled for the end of August, so press and testing is kicking into high gear. Ion Hazzikostas, the best named man in games and co-director of WoW, is dealing with both today, with a livestream tonight to give an update on development and future plans, as well as a lengthy post on the forums explaining the nature of feedback.

The broadcast will go live at 9am PDT, or just about a quarter of an hour from now, on the official Warcraft Twitch channel.

Exactly what will be discussed is still up in the air, but Hazzikostas will be joined by long-time Blizzard fan and YouTuber Jesse Cox to help present.

Meanwhile on the forums, a discussion about the cost of a new mount brought up some feedback about, well, feedback that Hazzikostas responded to. It’s a big post, but his main point is that the number of different factions and player types within World of Warcraft is so massive that no matter who a change appeals to, it is always a minority. There is no majority when it comes to what sort of content they enjoy, beyond leveling up – and that only because it’s mandatory.

His point was that it can seem very much like they aren’t listening to feedback, particularly from certain, insular groups that all agree with each other. It’s a fair point, though it does rather bring up the question of whether World of Warcraft might be a better game – with a higher subscriber count – if it picked a direction to focus on, and let other elements fall at the wayside for a while. Of course, that’s going to hugely piss off a large group of fans, but may sure up the game’s future.

That, doubtlessly, will be discussed tonight. We’ll update with anything of note.