Do you hear the river’s song?  Have dreams of becoming the next Bard-ian of Tirisfal? If you’re within 40 in-game metres of some musically-minded folk in World of Warcraft, you might soon be hearing and playing a variety of songs – and not just the fishy Jinyu kind. A modder has just created an addon that lets you realise your dreams of becoming a bard.

User LenweSaralonde’s Musician addon, posted on the site Curse Forge, adds a whole raft of instruments to the game, ready for you to delight all of Azeroth with – some of which step a little outside its medieval-fantasy setting. The accompanying video (included below) showcases the mod’s pretty impressive “16 celtic/folk/medieval” options. These include a lute, handheld harp resembling a lyre, bongos mounted on your character’s back and played by disembodied, purple-gloved hands, a drumkit, gothic-themed electric guitars, and more. A full list is available on the page.

The addon plays MIDI files (.mid, .midi or .kar), which are basically sequences of notes sort of like sheet music for computers, unlike mp3 tracks, which are a recording of sound. These notes are fully-mapped, so your tune should sound like it’s being played on the instrument you’ve chosen. Pretty neat, right? The creator offers a link to a selection of cool tracks to get you started should you so choose, though you can pick any of the millions of MIDI files out there to try if you like.

It has two main options for how you want to play tracks in your game: live (this mode effectively turns your keyboard into a piano), or by selecting a tune you’ve loaded in and hitting play. 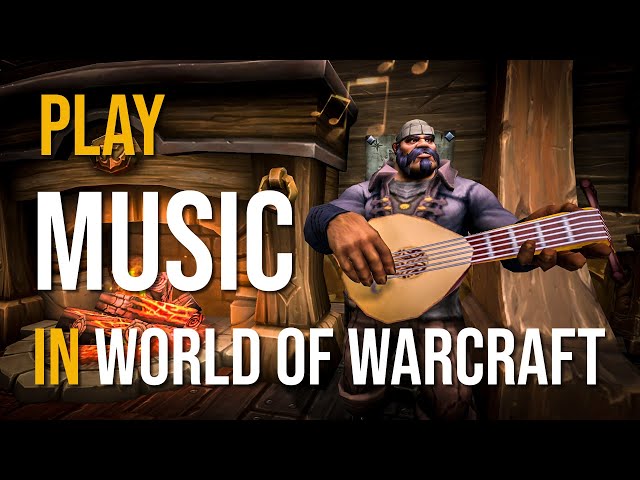 Tempted to try out “the first ever addon allowing your character to listen to and play music” in World of Warcraft? Check out this video of it being used to re-create Toto song ‘Africa’ in-game: 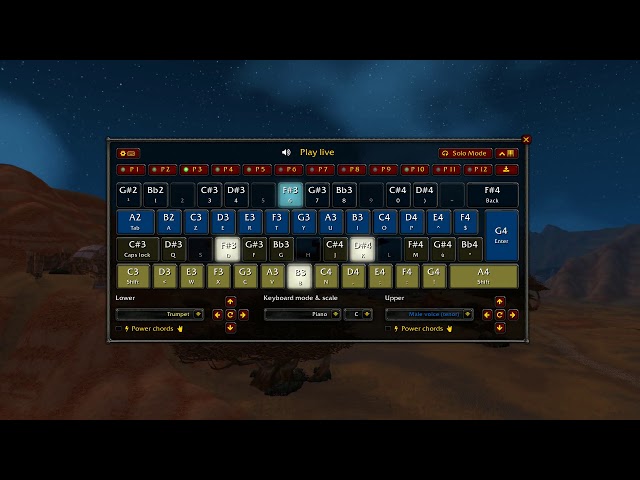 Instructions on how to get the mod and tracks loaded into your game are easy enough to follow – just be sure to use the creator’s helpful steps on the addon’s page. Also note that there are some limitations which LenweSaralonde has outlined that you might need to keep in mind.

Mod more: Check out the best World of Warcraft addons

With the Musician addon you’ll be a virtuoso, the belle of the ball – just make sure you don’t do a Mordhau ‘Lute God’ moment and break out the Despacito. You might never live it down.