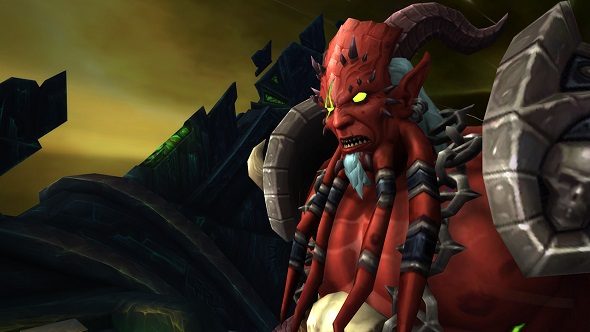 The upcoming raid for World of Warcraft, Tomb of Sargeras, has had a whole host of details revealed, as it nears release. With some developer insights too, the next raid seems to be just around the corner.

Looking for a new MMO to try out while you wait? We’ve got the perfect list of new MMOs just for you.

The aim for Tomb of Sargeras, according to a developer comment on the official preview, explains that the aim was for this raid’s structure to reflect the “epic façade that towers over the Broken Shore”, but retain some of the variety that makes many of World of Warcraft’s raids enjoyable.

That seems to be represented quite well by the bosses shown off in the preview. They range from a burned and seared behemoth called Goroth, to the mad ghosts of the Sisters of the Moon that now view everyone as an enemy.

At the end of the raid, as many fans expected, Kil’jaeden is going to be your final opponent. He’s currently the acting leader of the Burning Legion, and so this raid will almost certainly play an important part in how World of Warcraft’s story progresses. To those of you who don’t know anything about the game: he’s a big demon baddie that leads the other big baddies. Sort of.

As more and more details about the raid are getting revealed, we can expect it to come out very, very soon. The full preview has more details, plus some more developer insight for those of you interested in how the Tomb of Sargeras raid was put together.