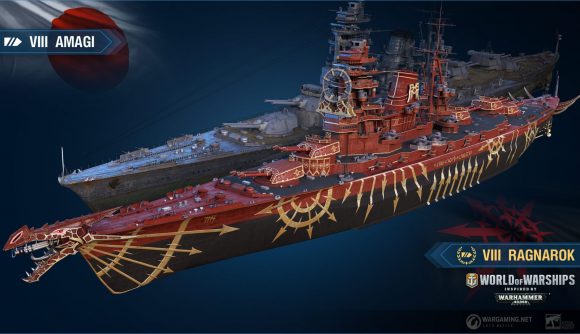 One of the best free PC games and best tabletop war games will collide next month – World of Warships is getting a Warhammer 40,000 crossover event. As part of the “first-ever simultaneous collaboration with Games Workshop”, the event will see Warhammer 40k's Imperium and Chaos forces head to WoW, bringing a bunch of themed ships, commanders, camouflages, and more along for the ride.

In a press release, World of Warships studio Wargaming says both the Chaos and Imperium factions from the Warhammer 40k universe “will be represented through unique and dreadful ships helmed by their fearless commanders: Justinian Lyons XIII and Arthas Roqthar the Cold.” Gulp.

As you can see in the images below, these new vessels' skins have a whole batch of features that bring the respective 40k forces' to the game faithfully, with insignia, statues, mouldings, and colour schemes that, aside from adorning a warship, look like they were pulled straight from Games Workshop's universe. To grab them, there are two options.

You can purchase a “pre-sale package” that will become available on May 27, and include things like flags and patches. It’ll also give players “a special mission bonus, where they can earn Warhammer 40,000 containers containing themed ships, commanders, and camouflages.” 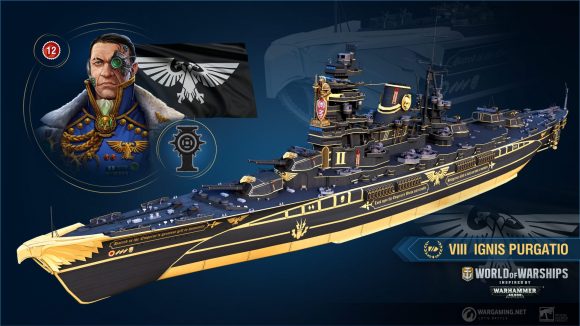 Or, you can pick up the “full-blown content” in June, when it will be available for purchase.

“We are very excited to collaborate with such an iconic brand that gathers an incredibly passionate audience,” World of Warships executive producer,  Philip Molodkovets, says, with “some of them coming from our own ranks. 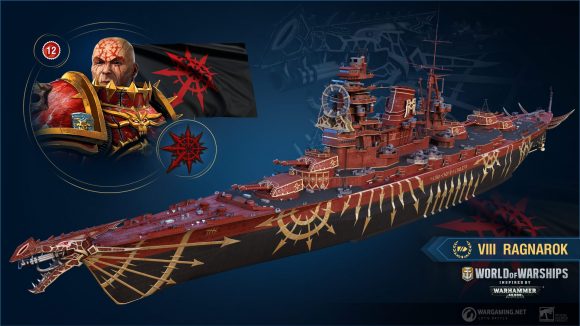 “The gothic, grim atmosphere of Warhammer 40,000 provides a sharp edge to the realistic World of Warships universe, which makes this collaboration even more interesting.”

If you’re keen to dive in, you can play World of Warships for free here.