A Pandaren shaman named Doubleagent the Insane hit the level cap surrounded by a gaggle of players eager to share in his celebration. He’d become the only WoW player to reach the top without picking a faction – instead preferring to keep to his starter island and the dual disciplines of mining and herbalism.

“Now, I can say that I have a 90 in all three factions,” he told PCGamesN.

It took him 4164 hours. So who is the man behind the panda? If we were to prick him, would he not lose HP? 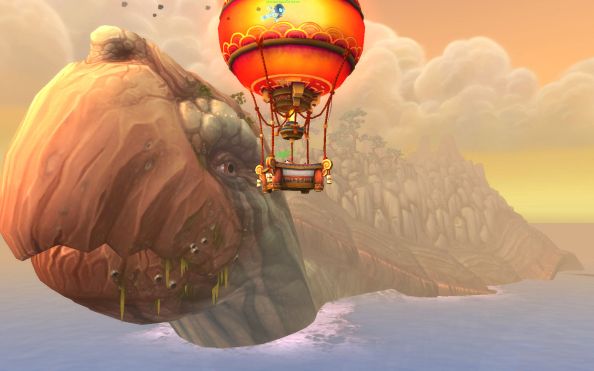 Johnnie is a website manager from New Brunswick, Canada. He has some experience in graphic design and a black belt in Tae Kwon Do – but when he’s not playing WoW, he’s usually “working or sleeping”.

Remarkably, Doubleagent isn’t the only character he maintains. Johnnie’s usual in-game routine begins on his farm in Halfhill. Then he completes a series of pet quests, first as his mage, then as his warrior. The only thing he doesn’t seem to do regularly is raid – an erratic schedule keeps him from reserving a weekly slot for group play.

Doubleagent was for downtime, then – a long-perfected finger exercise for Johnnie to engage in once he had finished his daily quests. He claims he can close his eyes and still see every node on the single island the Pandaren inhabited – making multitasking a breeze. He staved off boredom by browsing the web or catching up on films and television.

“This is the main reason most of the videos I uploaded of me herbing from 89-90 have no audio,” Johnnie pointed out. “I had disabled it when I was processing it otherwise the audio from those programs would be on there.”

But the question remains: what on Earth would possess a person to spend so much of their free time in a tutorial area of a subscription MMO? 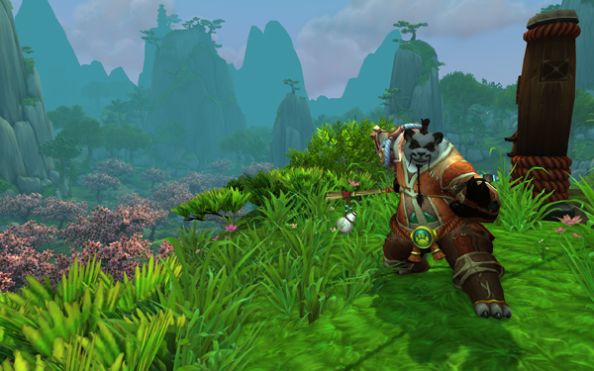 “I felt like I had enough Alliance/Horde alts that I could afford to have a toon or two that would probably never see the rest of the Azeroth world,” Johnnie explained. “I mean, how many people just AFK in the capital cities most of the day? Now if I chose to, I could do the same thing on a giant turtle.”

Once Johnnie had decided on his course, he mapped out his options. There weren’t many. Remaining neutral meant never leaving the Wandering Isle. With mining and herbilism his only means to gain experience, he was left to eke out an appropriately monkish existence as a lone panda.

“It was pretty quiet most of the time on the isle,” he recalled. “Without the ability to join guilds, or leave the starting zone, you tend to not interact with a lot of people on a daily basis. I oftentimes found new people leveling in the zone since most tend not to stick around, so there were always different people to talk to.” 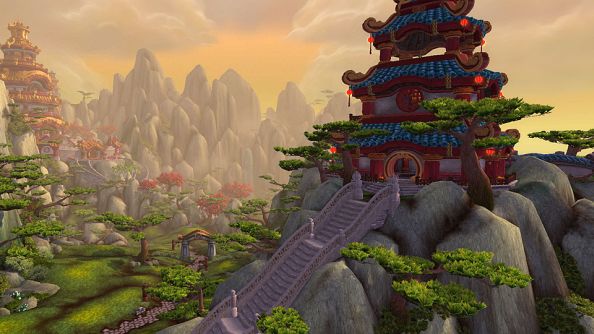 “I took it one day at a time,” he said. “Having someone I knew say that I couldn’t do it just made me want to do it more.”

Does Johnnie have a contrary streak, we wonder?

“Yes and no,” he said. “if someone told me I couldn’t jump off a bridge, I wouldn’t just go do it to show them I could. But it’s something I felt I could do, and when it was suggested that I couldn’t, it just gave me that much more ambition to keep at it and prove them wrong in the process.”

As Doubleagent grew in stats, so too he grew in stature. Other WoW players recognised that Johnnie was chasing a unique achievement in a game populated by millions, and threw their support behind him. Johnnie says his goal was never about public recognition (“I didn’t really expect it to catch on like it did”) – but was flattered by the growing subset of players inspired to play neutral characters alongside him.

And then, Doubleagent made it. 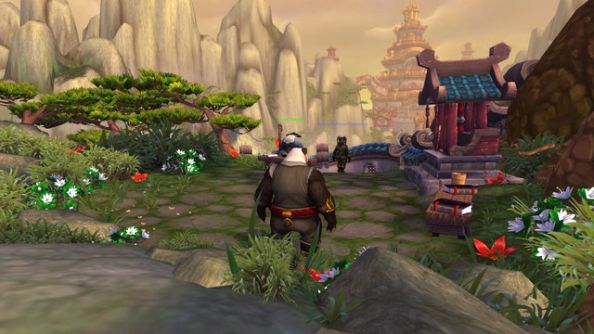 “It felt good,” said Johnnie. “While I was a little sad that I’d have to wait awhile to continue his journey it does give me time to do other achievements and take a bit of a break.”

Johnnie intends to return to his neutral shaman for Warlords of Draenor, which will bump up WoW’s level cap one more time. But given the chance by Blizzard, he doesn’t think he’d accept passage off the island that’s become Doubleagent’s home.

“I have spent much of that character’s time on the isle and feel very connected to it,” he said.

4164 hours. We had to ask: did Johnnie ever hit a point of enlightenment? Some greater understanding that conventional WoW players might benefit from?

“You don’t need to hit max level quickly, but rather enjoy the journey of getting there,” said the website manager from New Brunswick, sagely. “If you’re interested in doing it, it doesn’t have to be done all at once.”