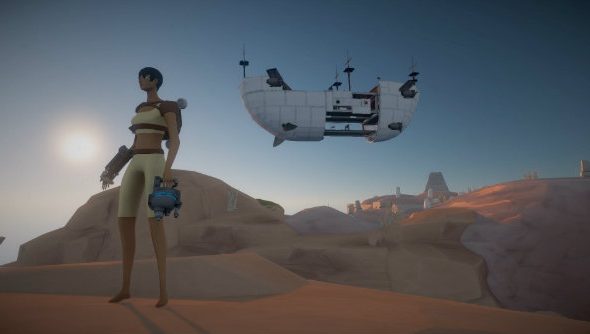 Bossa’s ambitious MMO Worlds Adrift continues to expand at pace, with the London-based studio announcing the application process for the game’s next playtest is now open.

Have a scan of the best MMOs to hit PC to date.

Worlds Adrift is an open world multiplayer game that stretches across a world of floating islands. Players interested in signing up to be a part of the next playtest have until August 29 to do so.

If you’re looking for an incentive, Bossa is keen to stress this will be the first time people will be able to get their hands on the game since it was boosted by a £1.35 million injection of funds by London Venture Partners earlier this month.

“We are building a persistent world with realistic physics and true multiplayer, where players can cooperate, fight and explore with a freedom of agency that has never been achieved before,” said Henrique Olifiers, co-founder and gamer-in-chief at Bossa. “The feedback we get from our playtests is absolutely vital to shaping the future of the game – we couldn’t make Worlds Adrift without our community.”

The studio claims successful applicants will be able to experience new creatures, cooperative sky-ship piloting and dangerous weather patterns, along with new items, character looks and improvements both to the UI and the game’s performance.

Those looking to sign up need to create an account on WorldsAdrift.com and apply before the end of August 29, with applicants currently limited to North America and Europe.