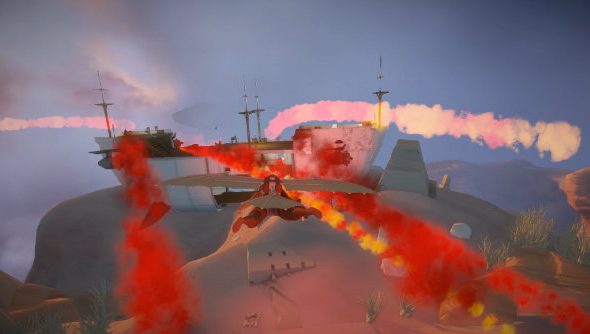 Bossa Studios have been letting players loose in rounds of closed alphas for their expansive MMO in the clouds, Worlds Adrift. The thing is, no impressions or video footage of these playtests has been allowed so far, thanks to a compulsory NDA that keeps testers tongue-tied. Well, that’s all over now.

Yep, expect videos and words about Worlds Adrift any time now, as the current playtest – happening right now – is two weeks long and people are free to talk about it all they want. That should be plenty of time for people to really dig into how it’s shaping up.

The fatal moment @Mangerive killed the Worlds Adrift NDA.
A big moment in Worlds history for those who missed it. pic.twitter.com/ePw6lY0cf3

For now, if you want to see the alpha in action, head to the Bossa Studios Twitch channel.

Worlds Adrift recently got hit with a delay, but hopefully that means it’ll be a more polished experience when it releases. These playtests seem to be doing the job at least, with plenty of new features added with each one.