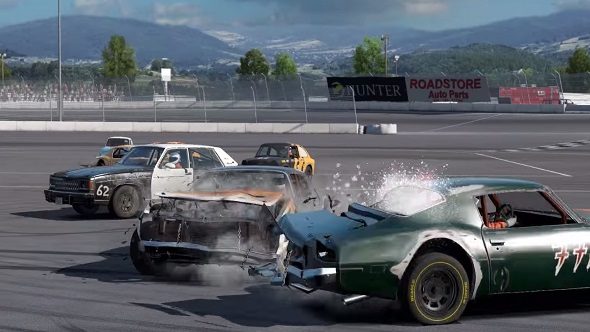 If you’re a purist, cruise through our list of the best racing games.

Wreckfest is quite clearly a spiritual sequel to Destruction Derby, letting players loose in bowl-like arenas and giving them the freedom to smash each other to bits. When not skirting around circular death arenas, they’ll be taking to tracks and shunting the competition off the road.

It’s all powered by soft-body physics, too, so cars will bend and deform with each shunt. It looks like a lot of fun, and you can see for yourself in the E3 trailer above if you don’t believe me.

Wreckfest is due to release towards the end of this year, or maybe next year. The developers don’t want to commit, so they just put both. No worries.