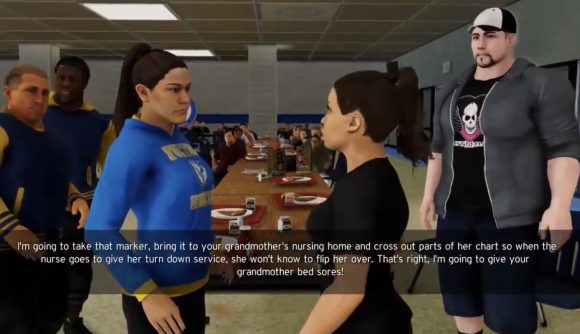 WWE 2K20 will launch next week, but 2K recently held a preview event to give journalists and content creators an early look at the game. Now a whole bunch of footage, and it’s a noticeable step down from previous entries in the series. In less charitable, objective news voice terms: it looks very, very bad.

“It looks like a PlayStation 2 game” is a pretty common way to describe bad modern graphics, but in this case the reference is much more specific. There’s a segment of the career mode where your character flashes back to an altercation with a high school wrestling team. It looks like Rockstar’s 2006 classic, Bully. But don’t get your hopes up for a wrestling-themed equivalent to Bully 2.

Besides the awkward animations and plastic facial features, it also has some of the most bewildering dialogue I can remember. At one point, your character tells a Bully that “I’m going to take that marker, bring it to your grandmother’s nursing home, and cross out parts of her chart so when the nurse goes to give her turn down service, she won’t know to flip her over. That’s right, I’m going to give your grandmother bed sores!”

I'm rooting for the bullies lmao what is this. #WWE2K20 pic.twitter.com/HLJLMF1i6D

You can see a whole lot more courtesy of Pulse on YouTube. It’s played at least a little ironically, but it’s still coming out of the mouth of a character you’re meant to be rooting for. I guess it stands in the grand tradition of “JBL is poopy,” but that’s not a compliment.

While that’s just a look at a custom character and some story mode NPCs, the big name wrestlers themselves don’t fare much better. Just take a look at their faces, courtesy of a compilation from Reddit. 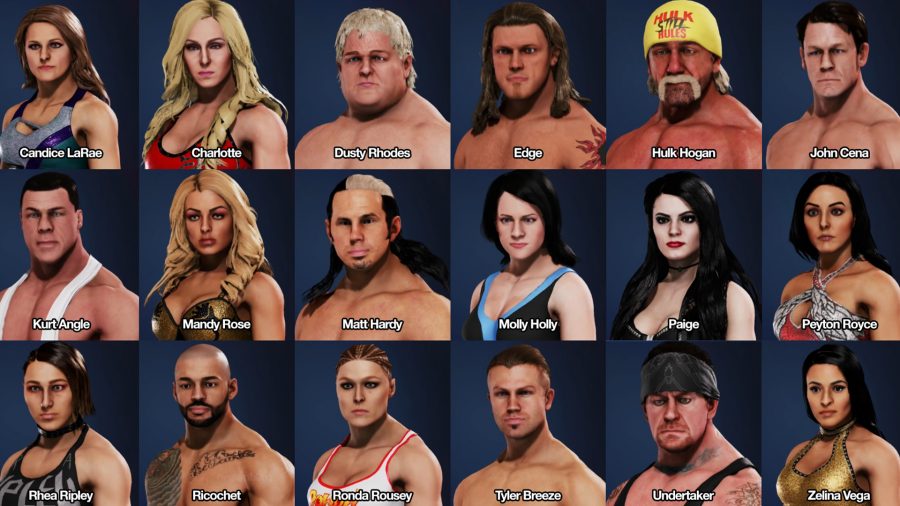 Zelina Vega has seen things that you wouldn’t believe.

Then there’s Bianca Belair’s hair. It has, uh, had a step down since 2K19.

I have not played WWE 2K20, so maybe it’s actually great, but all this stuff does not offer much confidence, and the series has been trending downward since its decent entries a half-decade ago. The new game comes out October 22, so we’ll find out then.