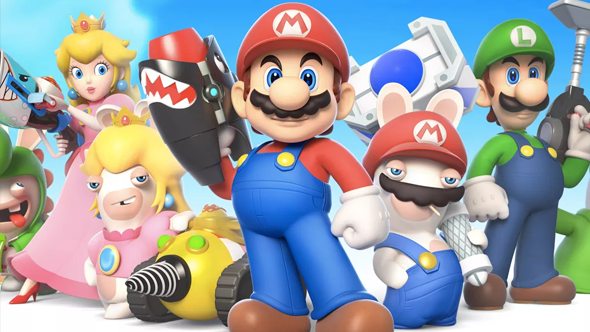 Mario + Rabbids Kingdom Battle may be a Switch exclusive but it’s PC DNA is clear for all to see. The game brings together a stock of Nintendo and Ubisoft characters and has them battle together in turn-based tactical combat drawn very much from the well of X-Com. However, the link could have been even stronger: it turns out, Julian Gollop, creator of the original X-Com, was asked to work on the project.

Here’s what XCOM could learn from Mario + Rabbids Kingdom Battle.

“The creative director Davide Soliani is a friend of mine from Ubisoft,” Gollop tells us. “When I was at Ubisoft Sofia he was, and still is, working for Ubisoft Milan and I visited him a couple of times. We had conversations about project ideas… he was a fan of my previous games, like Laser Squad [Nemesis] and stuff like that, and he was really into his strategy and turn-based ideas from the beginning.”

Then, about three years ago, Gollop recalls Soliani rang him “saying ‘Do I want to work on this project with him?’.” However, Gollop had just left the studio to start working on Chaos Reborn, his sequel to one of the first games he released. “I didn’t know at the time that the project he was talking about was Mario + Rabbids, he couldn’t say what it was,” Gollop says. “Nevertheless, had I been at Ubisoft I may have worked on it.”

Gollop hasn’t had the chance to play the game yet, he’s hard at work on Phoenix Point, his return to the X-Com genre. But he says, “to his credit, Soliani created his own tactical turn-based game, albeit in a rather unusual setting, which is brilliant. It has to join the X-Com genre because it’s the only genre that’s pushing this really interesting turn-based tactical system. Although it doesn’t have much of a strategic layer as such, the connection with the modern XCOM systems is so obvious that it has to almost fall within the same genre.”