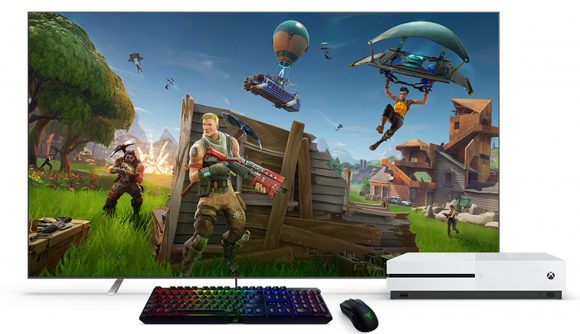 Xbox One officially gets its long-promised mouse and keyboard support in today’s big November update. Warframe and Fortnite are the first games to support the feature, and plenty more will follow both this month and in the months to come. That’s a great thing for console players who want a more precise input method for shooters and strategy games, but there are some long-term benefits for PC players, too.

Epic has been working toward a switch for Fortnite matchmaking since even before cross-play fully opened up. Instead of matching players by platform, they’ll be matched by input type, so controller users play with controller users and mouse users are matched with mouse users.

If Fortnite’s input-based matchmaking becomes more widespread, that means you’ll have a greater pool of people to play against across platforms. It also means that if you prefer to game from the couch on PC, you can still use a controller for multiplayer games and be sure you’re not at a disadvantage against mouse aim. Increased use of mouse and keyboard controls also means developers have more incentive to ensure every input method is well-supported.

Supporting mouse and keyboard is a decision for developers to make, so it won’t come across the board for every title. But more options are great, and making game consoles more open to those options opens up possibilities across every platform.