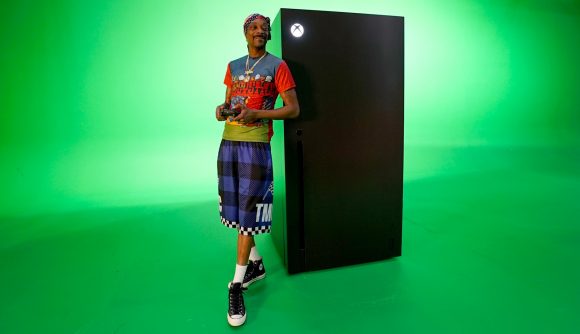 The Xbox Series X looks kinda like a fridge. The joke got run into the ground after a joke tweet from analyst Daniel Ahmad back in December, where he posted a photo of a refrigerator next to the Xbox and said it was the PlayStation 5. I know, I’m just dryly explaining the joke here, but the International Business Times took that ‘leak’ at face value and reported on it.

Now, Microsoft has made a real Xbox Series X fridge, sent it to Snoop Dogg for his birthday, and is giving it away to a fan as part of a sweepstakes contest. It’s both a working fridge and a 1:1 scale replica of the new Xbox console, standing at six feet tall and weighing 400 pounds. It’s got a big ol’ glowing Xbox logo on the front, and it’ll play the Series X boot sound when you open the door.

Upon delivery to Snoop Dogg for his birthday, it included many of the rapper’s favourite snacks and beverages. “Got some breakfast utensils,” Snoop says in his frankly astounding reaction video. “You know, bacon, eggs, orange juice, steak. Short ribs.”

Plus, you know, some ‘ice’ to keep the drinks cool.

Upgrade time for my @Xbox and snacks with the Xbox Series X Fridge. Fit for OGs, gamers, kings and queens 🎮 Who want one ☝🏾#2020crazy #xboxpartner pic.twitter.com/pCZhgvoXKi

In a more substantial… trailer? for the fridge, it’s stocked with gaming-themed comestibles, from Boyd’s Delicious Milk (of Psychonauts fame) to Madden-approved nachos and even Marcus Fenix’s beloved tomatoes. 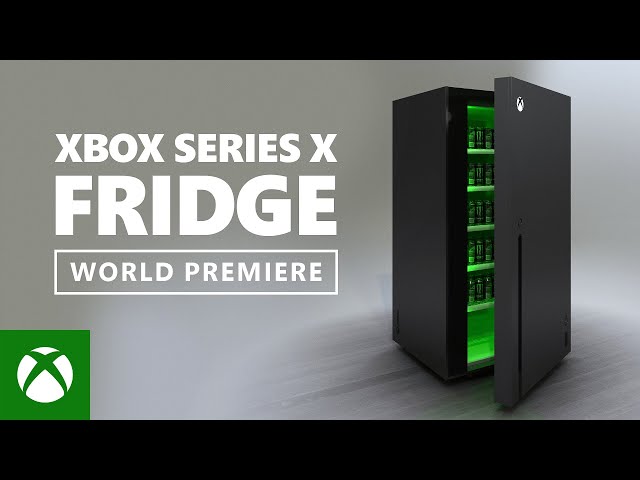 If you want to win the fridge, retweet the tweet. Probably check the rules before you do so, though.

Follow and retweet with #XSXFridgeSweeps for a chance to win the Xbox Series X Fridge.

Uh… upcoming PC games? Yeah, we write about PC games here. You could probably stick your PC in the fridge for a makeshift cooling solution, I guess.