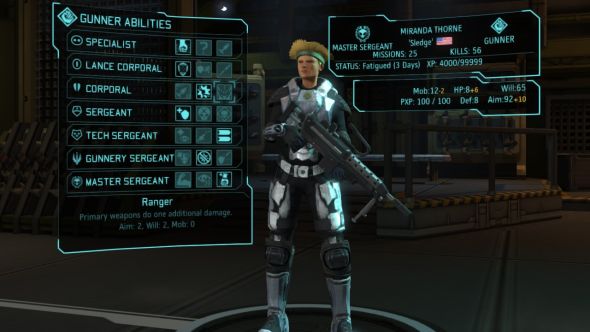 Update January 10, 2017: we’ve learned more about Long War 2 and how it will iterate on its predecessor.

Last week we learned that The Long War, by far the most popular mod for XCOM: Enemy Unknown, is getting a version for XCOM 2 (see original story, below). Today, developers Pavonis Interactive have shared more information about Long War 2. It’ll be “more accessible” to casual players, but retain its famous challenge on higher difficulties.

XCOM 2 went straight in to our list of the best strategy games on PC.

“In the most general terms, our goal is to tell the XCOM 2 story in our own way,” he says. “Taking the game in the direction we took XCOM: Enemy Unknown – going for an extended campaign that keeps you on the knife’s edge between victory and defeat for the duration. And as with the original Long War, we added lots more problems for the players and also lots of new tools to solve them, but this time they are heavily influenced by the game’s guerrilla war theme.”

Pavonis’s testers have finished campaigns “in roughly 100 to 120 missions.” This isn’t quite as long as the original Long War typically was, “but we feel like we’ve hit a good number where every mission matters and moves things forward but without it becoming a grind,” says Lumpkin. “The strategy layer is also quite a bit more involved than XCOM 2 players may be used to.”

Another change is the decision to “broaden our appeal by keeping the lower difficulty levels of Long War 2 more accessible to casual players who would still like to take part in an extended campaign experience.

“Those difficulties [are] probably still harder than the unmodded game in the sense that we’ve added a bunch of mechanics for the player to figure out and master, but the gameplay is set up to be more forgiving to players as they learn the ropes. And make no mistake, the higher difficulties are still things even experienced players should very much lose.”

Lumpkin was unable to give a release date, but promises it’s “coming soon”.

Original story January 5, 2017:In predictable but nonetheless very exciting news for strategy fans, the team behind The Long War – a popular mod for XCOM: Enemy Unknown – have confirmed that they are working with Firaxis on a new version for XCOM 2.

The announcement was made by 2K Games on the XCOM 2 website, and promises more information “in the coming weeks”.

Long War Studios (the people behind the mod, in case that wasn’t obvious) have also rebranded as Pavonis Interactive and set up a new site. According to their design lead John Lumpkin, the change is intended to indicate that the team will go beyond modding and work on independent, original titles.

The first of these will be called Terra Invicta, and it’s “a grand strategy game in which the player leads the defence of Earth during an alien invasion”, so Pavonis are sticking with what they know for now. They will use Kickstarter to help fund it, but are not yet ready to make their pitch.

Long War is a free mod that radically changes the way XCOM plays. Besides making it much harder, it lengthens the campaign by adding new techs and enabling aliens to keep pace with your advancements. With new classes and a Rainbow Six-style fatigue system for your squad, you’re encouraged to build more strength in depth.

So drastic yet sensibly restrained were the changes that XCOM’s lead designer Jake Solomon went so far as to say “we’re basically a 20-hour tutorial for Long War, and that’s okay.”

When a release date is announced for Long War 2, we’ll be sure to let you know.