Enjoy the peace and quiet while you can, because you’ve got three years until your microwave starts back-chatting you. That’s if open-world loot-shooter XERA: Survival is anything to go by, anyway. Here, in 2022, AI has become self-aware – and not the rubbish kind of self-aware, like being embarrassed in public. We’re talking self-preservation, problem-solving, and rage.

It all starts when a prototype combat robot escapes from its remote testing facility. Events take an even worse turn when it gets the notion to replicate itself, and after its creators attempt a remote shutdown, the robots declare their vendetta. This means war. On one side: humans. On the other: metal humans. The only rules of engagement? There are no rules of engagement.

Rather than take control of an altruistic hero representing some embattled nation, however, you play as a mercenary amongst other, human-controlled mercenaries, out to take advantage of the chaos. It’s not so much man vs. machine as everyone vs. their own greedy whims, all either co-operating or competing to ransack riches from right under the metal noses of a bitter ‘bot army.

We speak with developer Spotted Kiwi to discover some developmental secrets, as well as what’s to come in the game, and how it leveraged the power of Unreal Engine 4. 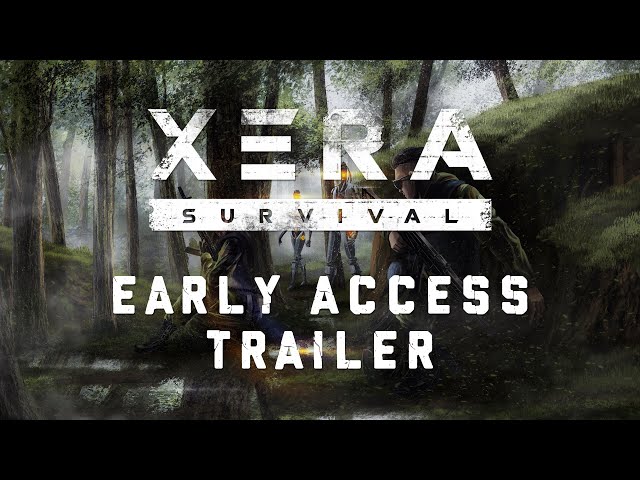 With all the available engines on which to base a game, why did Spotted Kiwi choose Unreal? “When I first started getting into game development, I was researching engine options, and both Unreal Engine and Unity caught my eye,” studio founder Joshua Harrington says. “Being the bigger players in the industry, clearly both were attractive options. What made Unreal Engine stand out for me was the really simple interface. When you want to achieve something, it’s right there in front of you, not buried deep in menus.” This was a boon, especially for a sprawling sandbox like XERA: Survival, which in other hands could quickly become convoluted.

Our global gear stash gives a great sense of achievement

There are many ways to experience life in this near-future wasteland. You can set off alone in search of weapons, ammo, food, water, and medical supplies, using the cover of darkness to avoid other players and hoping you don’t run into the deadlier breed of machines that only emerge at night. You can join a squad and aim to dominate the PvP scene – people usually leave behind the best loot, after all. Or you can partake in more structured pursuits by picking up quests from NPCs back at base. In any case, XERA’s forested compound is ripe for repeat visits – the titular transnational corporation was founded to destroy the replicating robots, but having failed, its abandoned site contains all manner of juicy gear. 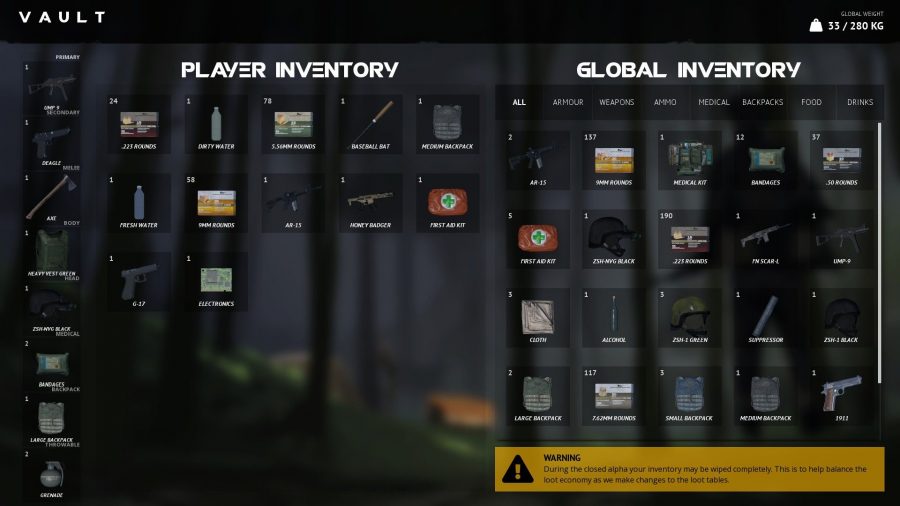 With all this going on in the game’s 4x4km world, you’d be forgiven for thinking XERA: Survival is the work of a large development studio. It isn’t. In fact, Spotted Kiwi is a modest outfit operating out of New Zealand. And Unreal was perfect for it. “Building XERA: Survival wasn’t easy – especially as my first game,” Harrington says. “Without Unreal Engine’s fantastic multiplayer support, the game wouldn’t be where it is today. Building on top of the solid foundation provided by Unreal empowered me as a solo developer to create a multiplayer game that would have otherwise required way more resources than I could bring to bear on the project.”

One of the key multiplayer features is a persistent global inventory you can access on any server. This is crucial in a game all about stuffing your pockets with anything not nailed down. The idea is you drop into the map by helicopter (or just walk in on foot, if you lack a flair for the dramatic), do your mercenary thing, and then return to base better off – possibly with one or two battle scars. The base is a no-combat zone in which you stash loot and trade it with other players. Be warned, though: dead players drop what they’re lugging, so only carry what you can afford to lose. 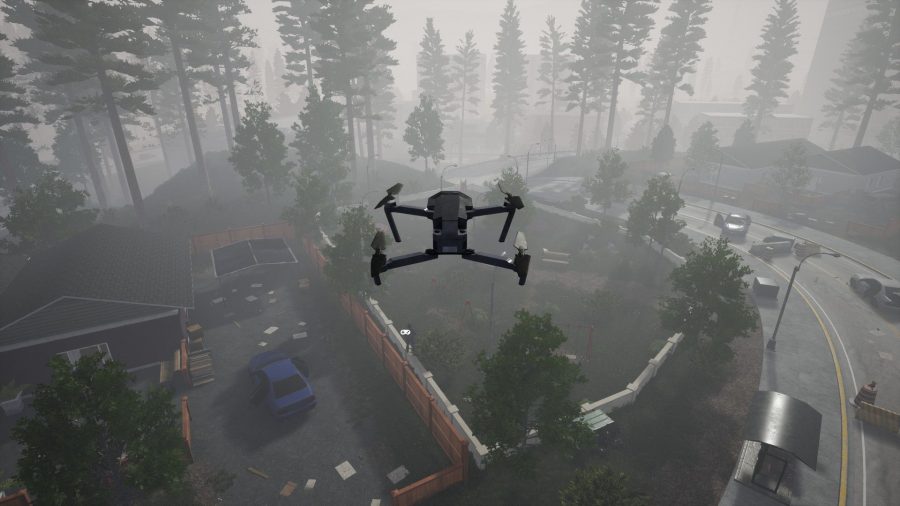 So where did the idea to focus on a persistent global inventory come from? “I did a tonne of market analysis on the survival genre. Persistent elements were one of the main things I felt were lacking in the current crop of games,” Harrington explains. “Players spend hours and hours in survival games with very little sense of progression. We wanted to ensure our players had something to work towards, and the global gear stash gives a great sense of achievement.”

Successful clashes with enemies both human and AI will net you gear to bring back to your forward operating bases, which are located on either side of a massive forest. No matter which server you join, your weapons, ammo, and armour will all be there. Couple this with a leveling system in which you continually unlock new abilities – such as better medical treatment or improved stealth – find new recipes, and boost your stash size, and this is a game designed to keep you coming back. 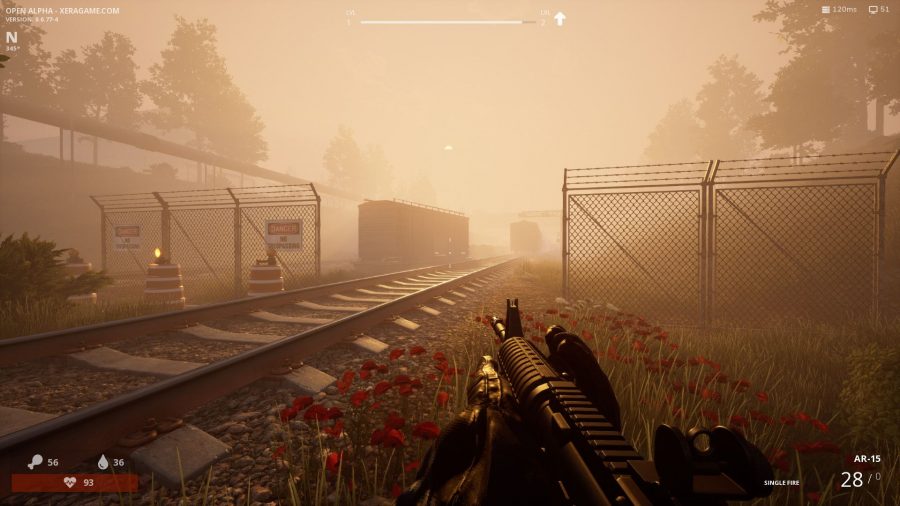 Indeed, Spotted Kiwi has published a roadmap for XERA: Survival, with features planned and fan feedback considered. Harrington says: “We’ve started holding polls to determine the order in which features and content get added – and the results aren’t always what we would expect! The challenge with community-driven development is balancing voices saying completely different things – polls are one way of making sure people who aren’t as forthcoming in expressing their opinion can still have their wishes taken into account.”

The game has had a promising start in Early Access, with several patches rolled out already, and Harrington has plans to pick up the pace. “One thing that has surprised us is how quickly players expect content and features to be added in Early Access, so we’ve expanded the team to speed things up. I’m no longer the sole programmer, for example! We’re in a better position now to deliver what people want, to both our existing and future playerbase, on a much shorter timescale.”

For something with the scope of XERA: Survival to come from a small studio like Spotted Kiwi is impressive. Unreal Engine 4 certainly plays a part in its success. With the player base growing, Harrington has since expanded his team. The result? More content and less time between it, with any luck. We’ll see you on the battlefield.