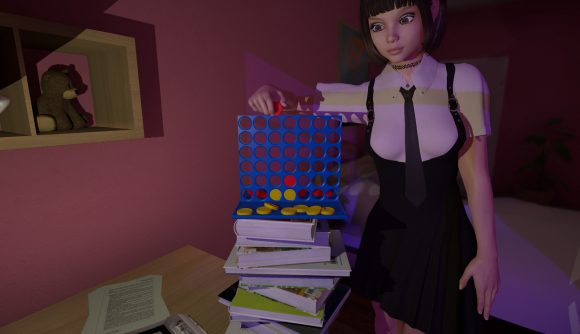 xQc played Strip 4 as part of a February 29 stream. He started with the game’s default, censored visuals, but at chat’s request input a cheat code which removes the modest mosaics. Sure enough, after a few wins, the breasts of a female character were fully on display as part of the stream. xQc’s Twitch ban became official slightly afterward.

The streamer appealed the ban, but Twitch upheld the suspension, and the resulting strike will remain on xQc’s account.

I wanted to update everyone yesterday but it was unclear and I wanted to appeal and have a chance to explain myself. I did but it didn't matter, we're tanking the whole thing. Things are a little different than I expected but ultimately it was my fault. We'll roll when we're back pic.twitter.com/RR85ZalIiK

Since then, Strip 4 hit the top of Steam’s trending tab, and now mostly features joking reviews from players referencing xQc in one way or another.