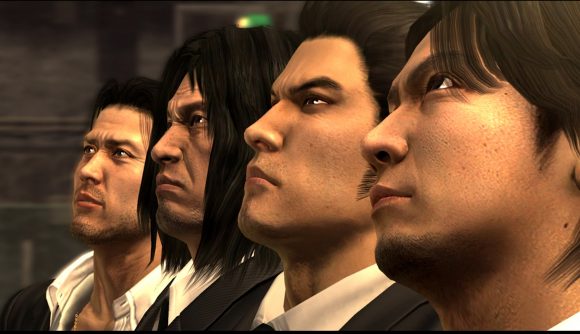 We heard last month that the Yakuza Remastered Collection consisting of graphically-improved versions of Yakuza 3, 4, and 5 would be coming to PC for the first time on January 28, and now we know what you’ll need to be able to run the game. Unsurprisingly, the collection doesn’t ask for much power, though we expect that when Yakuza 6 releases in March it’ll have significantly higher system requirements.

According to the Microsoft Store (via The Tojo Dojo), you’ll only need the equivalent of AMD’s eight-year-old FX-8350 CPU, Nvidia’s GTX 570 graphics card or better, and just 4GB of RAM for the best experience. That’s a GPU over ten years old, by the way, so you definitely don’t need the best graphics card available to play. The game will also be available as part of the Game Pass subscription service, and is expected to be released on Steam in addition to the Microsoft Store.

We don’t know the download size yet, but given that just 15.77GB is required on PlayStation 4,  we wouldn’t expect it to be much more on PC – it obviously won’t be anything at all like Microsoft Flight Simulator’s 127GB install.

Here’s a full rundown of the requirements to play this triplet of remastered beat’ em ups:

Any PC system built within the past decade should run the games just fine, which is no surprise given that the original Yakuza 3, 4, and 5 all released on the PlayStation 3. The recent PlayStation 4 remaster was able to run the game in 1080p with 60fps, so we reckon any gaming PC build from the last few years will be more than capable of matching or exceeding that.