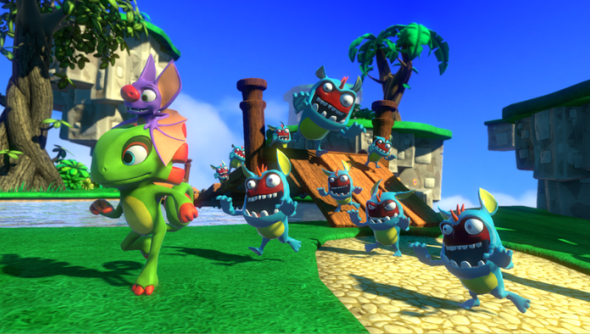 When Playtonic announced their intention to revive the classic Rare platformer, there was a question over which classic Rare they were going to be.

The dual protagonists of Yooka-Laylee, a calm and collected chameleon with a wisecracking bat riding on its back, were clear callbacks to Banjo-Kazooie – while the palm trees and xylophone theme in the Kickstarter pitch evoked Donkey Kong Country.

Now Playtonic have completed the triumvirate of Nintendo greats with an apparent return to the gleeful naughtiness of Conker’s Bad Fur Day. Yooka-Laylee will feature a trouser-snake.

“ALRIGHT GEEZERSSS,” he says, in what we can only presume is slurred cockney. “COME TO LEARN FROM THE BESSST?” 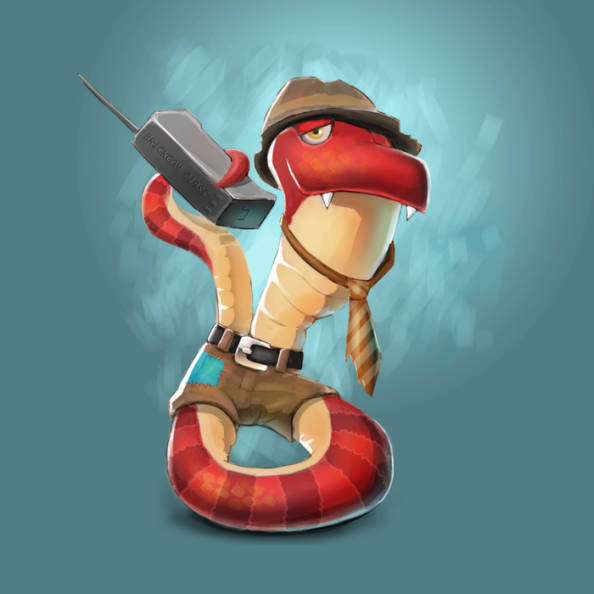 When creative lead Gavin Price suggested that the snake should be wearing shorts, character artist Steve Mayles was inspired by the idea of his body curling in and out of the leg holes – leading to plenty of springy animation possibilities.

“Trowzer thinks of himself as the best salesman ever, but with his downbeat appearance and 1980’s mobile phone, life never took off for him,” wrote Price.

“He’ll take your money and count it (he’s an Adder…) and because he knows best he’ll even demonstrate the moves you just bought for you to replicate… if you can follow his jiggling.”

The 3D platformer’s corny cuteness has certainly struck a chord – Yooka-Laylee hit its Kickstarter target in less than an hour, and now Playtonic are scrambling for new stretch goals. They’re planning to avoid a bloated production – so their next pledge is to release their first post-release DLC for free to backers.

Braid wasn’t the first time you collected jigsaw pieces, was it? Tell us your memories of Banjo-Kazooie in the comments.