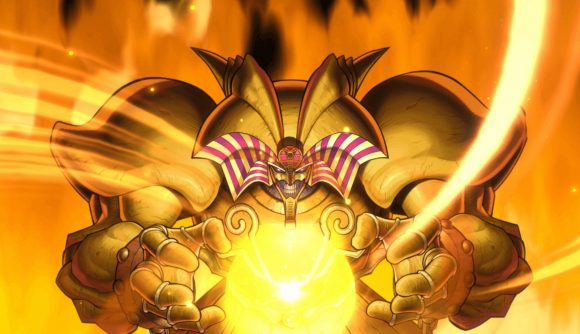 Yu-Gi-Oh: Master Duel‘s coin flip exploit has finally been dealt with in a new game update. Players who disconnect during the coin toss will now automatically have that match count as a loss. This should make decks heavily based on first-turn kill strategies, like Drytron, a bit less prevalent.

“We’ve been receiving feedback regarding players who avoid by disconnecting when they couldn’t win a coin toss that decides who goes first or second,” Konami says in an in-game message. “As a countermeasure to this, we’ve improved the feature so that a player who disconnects during a coin toss will lose the duel. We apologise for the time it has taken to implement this feature.”

Konami has also announced that Master Duel has now surpassed 30 million downloads, just over three months after launch. Players are getting 1,000 free gems as a celebratory bonus, which you can claim from a limited-time login mission. The game’s concurrent PC player counts have dropped dramatically since their launch heights, as SteamDB shows, though it’s still regularly among Steam’s top 25 games.

The long-awaited Master Duel banlist also arrived this week ahead of its in-game implementation on May 9, though many players feel it doesn’t go far enough to limit the power of the game’s problem decks.