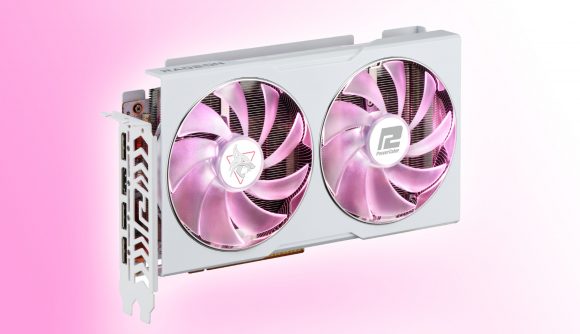 The AMD Radeon RX 6650 XT is fresh on the scene, but PowerColor has already arguably enhanced the red team’s next best graphics card by making it pink. The RX 6650XT Hellhound Sakura Edition is a pastel powerhouse that boasts 8GB GDDR6 memory, 2048 Stream Processors, and a 2,689MHz overclock, meaning it’s not just a pretty shroud.

The AMD Radeon RX 6650 XT Hellhound Sakura Edition fully embraces its contrasting colour palette, with hints of white and pink influencing every inch of the GPU, including its PCB. It’s also clad with matching LED lighting, just to hammer home the graphic card’s commitment to aesthetics.

Powercolor’s pastel Hellhound isn’t the only dog in the running, as black and white variants of the GPU are also available. Yet, there’s something spectacular about the pink variant, especially when you’re used to seeing edgy, black GPUs with illuminated RGB logos. Naturally, the card will feel right at home within a while PC case surrounded by a kawaii gaming setup worthy of TikTok, but it could add a bit of flair to a regular desktop tower.

It might be hard to justify investing in an AMD Radeon RX 6650 XT, especially since both RTX 4000 and RDNA 3 graphics cards are on the horizon. That said, if you’re looking for something that fits in with your cute gaming PC setup, the Hellhound Sakura Edition could be worth buying, unless a pink RTX 4070 ends up rolling into battle later this year. 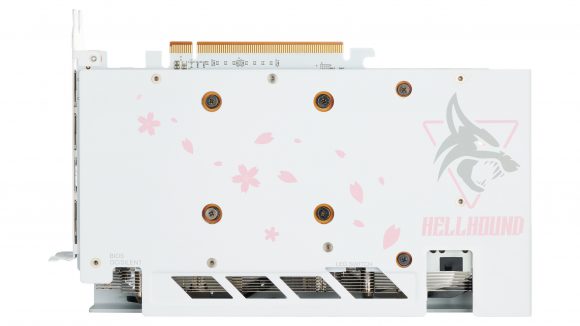 As for availability, the Hellhound Sakura Edition is seemingly only available in New Zealand at the moment, but the GPU will hopefully make its way to other global retailers soon.