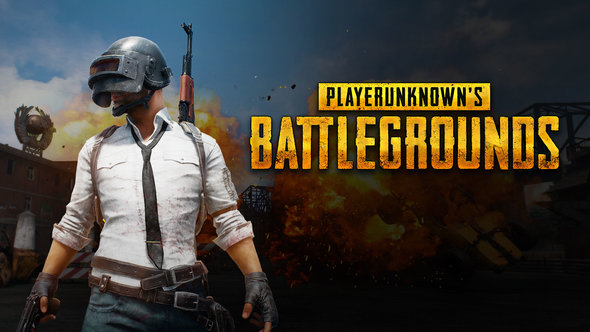 Despite seeing enormous success and unprecedented concurrent player-counts in recent months, it’s not all sunshine and lollipops for Battle Royale shooter PlayerUnknown’s Battlegrounds. Over the past few days, Battlegrounds’ Steam review score has dropped significantly, seemingly due to the inclusion of in-game ads for a VPN service in the Chinese version of the game.

Once the server woes have blown over, check out our guide to the game to give yourself an edge.

Despite the game being available internationally and fully localised for a Chinese audience, this large section of the audience seems short-tempered and underserved, with official Chinese servers either nonexistent or poorly maintained, as in order to enjoy the game, many Chinese players have had to connect to the North American or EU servers.

There are plenty of Steam reviews from the other side of the fence complaining about laggy Chinese players warping around the environment, making them especially hard and unpredictable targets. This situation seems bad enough to begin with, but tempers flared yesterday, with Chinese players claiming to have have seen in-game ads advertising an ‘accelerator’ VPN service intended to provide smoother connections to international servers. 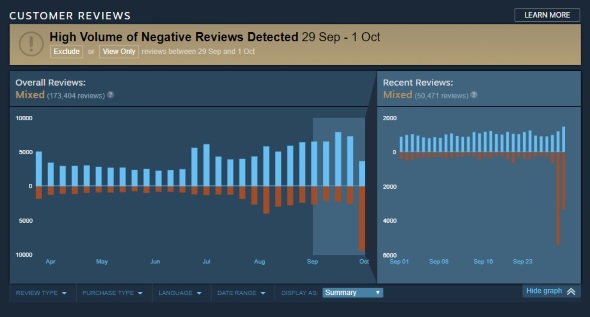 Thanks to Steam’s new review history chart feature, we can see the exact time and scale of the outrage, with almost 10,000 negative reviews posted in the past day, dwarfing the ~3,600 positive scores. Not every negative review is coming from the Chinese players however – it seems that there are a great many complaints of players being banned over allegations of stream sniping (abusing your knowledge of a Twitch streamer’s location – Goldeneye screen-watching for the modern age), although many affected are claiming innocence.

Are you a Chinese Battlegrounds player, angered by the promotion of this VPN service in-game? Have you bumped into Chinese players on the North American servers and found their connections problematic for gameplay? Are you a Streamer who has found themselves sniped, or a player banned for this offense, whether committed or not? Share your thoughts in the comments below.