The English are one of the most straightforward Age of Empires IV civilisations, in that Relic has stated in the past they were designed in a way that closely matches civ design in past Age of Empires games. This means they should be one of the more familiar civs for player’s of past games to try out, and indeed they are rated one out of three stars on the in-game difficulty tracker.

The English as a culture emerged as Anglo-Saxon and Norman heritage mixed together, and in-game they specialise in agriculture and defence. Their unique unit is the Longbowman, but they also get access to the Vanguard Men-at-Arms heavy infantry in the Dark Age, giving them a powerful early game advantage over other civs.

Their age-up process is straightforward, with their options during each age essentially representing stronger versions of either Keeps or Town Centers, with only one or two niche picks in the entire range. Let’s take an overview of their special abilities, along with general hints and tips on how they play as a faction.

This ability triggers whenever an enemy is sighted. Units within range of Town Centers, Outposts, Towers, and Keeps will get a 25% buff to attack speed. 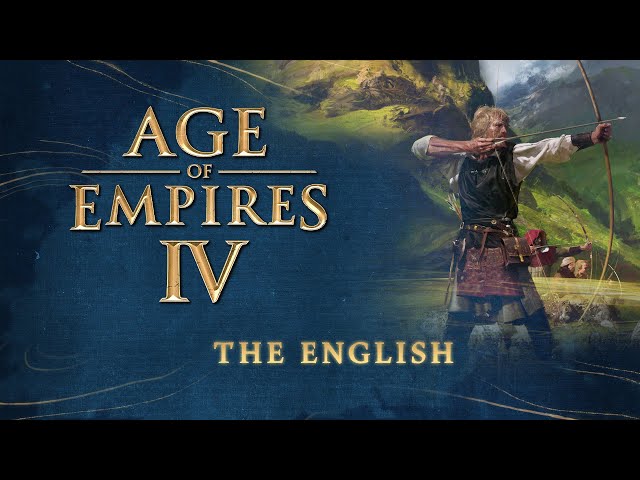 Farms can be constructed for 50% less wood, and farms within the influence range of a Mill will get a +15% boost to gather speed.

As mentioned above, the English get access to the Vanguard Man-at-Arms heavy infantry unit early in the Dark Age (I). In addition, villagers will fight with bows instead of weak melee weapons, and Town Centers fire twice as many arrows as normal at nearby enemies.

The ‘Age’ next to each landmark indicates which age you will progress to when you construct the landmark in question.

The English are one of the more beginner-friendly civilisations, and their access to heavy infantry from the get go will mean you can easily defend yourself from an early rush, even launch a raid yourself to disrupt you enemy. You’ll want to focus on your defences though, given the bonuses you get from fighting near them.

Don’t forget to check out our other civilisation guides for the Mongols and Delhi Sultanate.