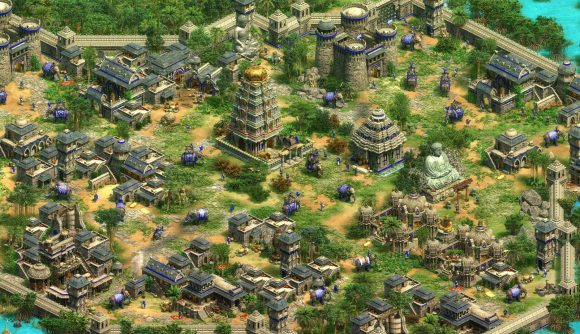 As exciting as all of the Age of Empires 4 news has been, there was plenty of love given to the definitive editions as well. Age of Empires II continues to be a behemoth of an RTS game, and is easily the most popular out of the series’ legacy offerings.

It’s no wonder then that this year will see more new content coming to the beloved strategy game, as World’s Edge announced two key updates for 2021. First up, Age of Empires II: Definitive Edition is getting a new expansion titled Dawn of the Dukes which focuses on eastern Europe.

Details on the new expansion were slim, but there was mention of at least new campaigns, and possibly new civs to boot. This follows on from the Lords of the West expansion that was released at the start of the year. The new expansion is due to drop over the summer.  Secondly, it was announced that co-op will be coming to the game (and series) for the first time.

Again, details were scarce, but it seems the developers have curated a list of campaigns and historical battles to enable players to play together with their friends. You can check out some gameplay at the 12:15 mark:

More news on this will be due “in the coming months”, and the update isn’t expected till later this year.

The Age of Empires 4 release date is set for ‘Fall 2021’. You can read our summary from the fan preview event, as well as check out what’s coming to Age of Empires III this year too.