With the previous Age of Empires landing over a decade ago, anticipation for a new entry in the classic RTS game series couldn’t be higher if you placed it atop a saddled war elephant and marched it towards an enemy base.

We have rounded as much Age of Empires IV news as possible, so that you’re on the same page as us. Most recently we shared our thoughts from the recent technical beta, and various Age of Empires veterans have also weighed in on the discussion. The Age of Empires 4 system requirements have also been updated.

We’ll keep this article updated as and when new information comes to light, but feel free to let us know if there’s something important you think we’ve missed.

How much is Age of Empires 4?

You can pre-order digital copies Age of Empires IV for download on Steam and the Microsoft Store.

The Digital Deluxe Edition is only available via Steam, and costs $79.99 / £69.99. You get the base game plus a bunch of exclusive bonus digital content, such as monuments, coat of arms, and a soundtrack.

The standard edition is available on both Steam and the Microsoft Store for $59.99 / £49.99, and will also be available via Game Pass for PC, which will allow you to download Age of Empires IV for free.

According to the Microsoft Store page, pre-ordering either edition gets you the upcoming Age of Empires II: Definitive Edition expansion Dawn of the Dukes for free.

Here are the Age of Empires 4 system requirements:

Mod support is coming for Age of Empires IV, but according to the product page on Steam, it won’t be available until “early 2022”. 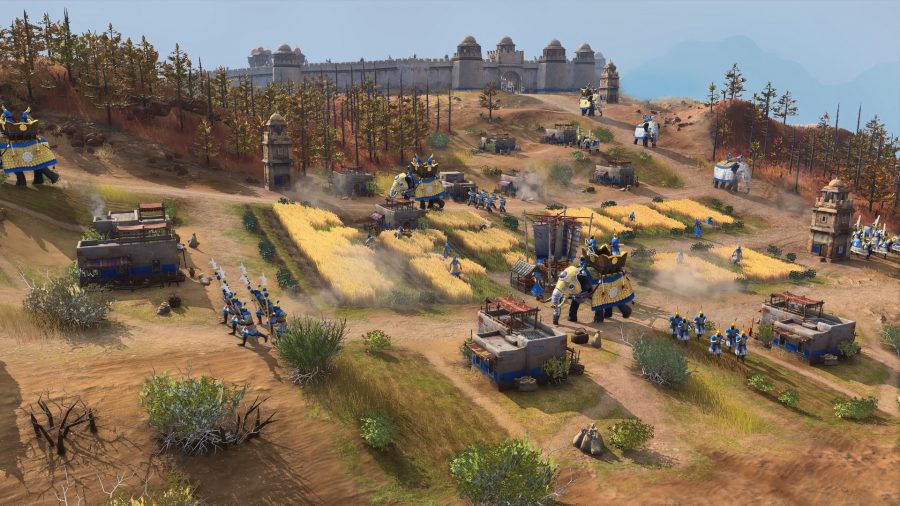 Here are the Age of Empires IV release times, as posted on the official Xbox Japan Twitter account:

You can read our Age of Empires IV review to find out what we thought of the new RTS game.

You can also read our round-up of Age of Empires IV review scores from across the internet.

It’s been confirmed that there will be eight civilisations for Age of Empires IV at launch, drawn from medieval societies across Europe, Asia and beyond. The eight civs are as follows:

Age of Empires 4’s civilisations are going to be more asymmetrical in their design. The English, for example will look and play more like traditional Age of Empires civilisation, where-as the Mongols will be feature more bespoke mechanics – such as migrating buildings – which will make them feel very different. The other civilisations are likely to be designed to fit different points on this scale, although there will be some commonality. For example every civ has a generic pike, ranged, and mounted units to keep that core combat triangle intact.

Civilisations are also meant to represent cultures at a more historically authentic level, as a way of recognising that different entities controlled the same parts of the world across history, even within Age of Empire IV’s medieval period.

As such, while the English and French perhaps feel ubiquitous with the countries they lend their names to, the Delhi Sultanate only controlled parts of South Asia for parts of the medieval period, and the Abbasid Caliphate was only one of the dominant powers of the middle-east. In response to player concerns over regional representation, Microsoft confirmed that future cultures and civilisations would be released post-launch to explore the same region from different angles.

Civ design also extends to the visuals and atmosphere as well. Architecture will evolve over time, but the language other NPCs use will also change to reflect how these societies evolved culturally during the rough time-period covered by Age of Empires 4. 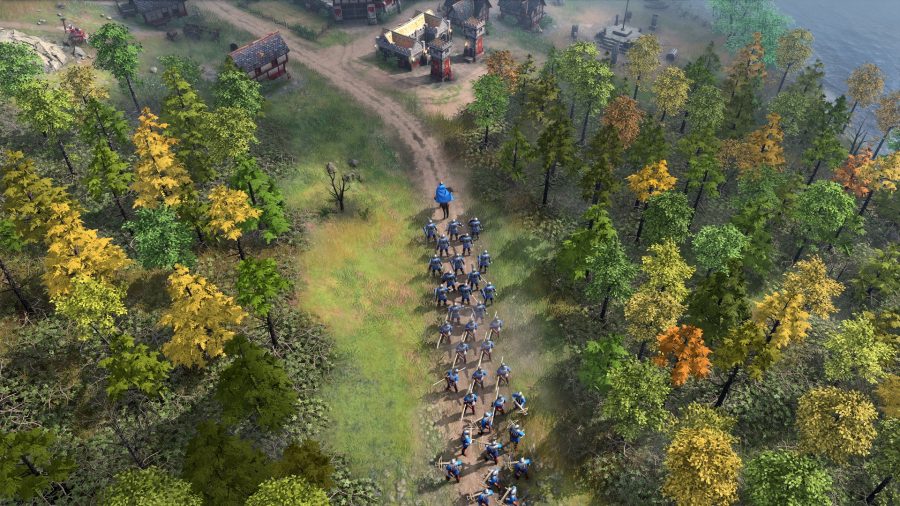 Age of Empires 4 will have four campaigns, consisting a total of 35 missions. The four confirmed campaigns are:

Instead of focusing on the life of one historical figure, Age of Empires IV campaigns will span generations, covering multiple people, and will serve the historical context in a more documentary-style format.

According to Adam Isgreen there is going to be around three hours worth of footage that will supplement the campaign missions, a lot of it using live footage from real-world locations with superimposed graphics in the style of the game, but also other types of video content as well that they’re not talking about right now. 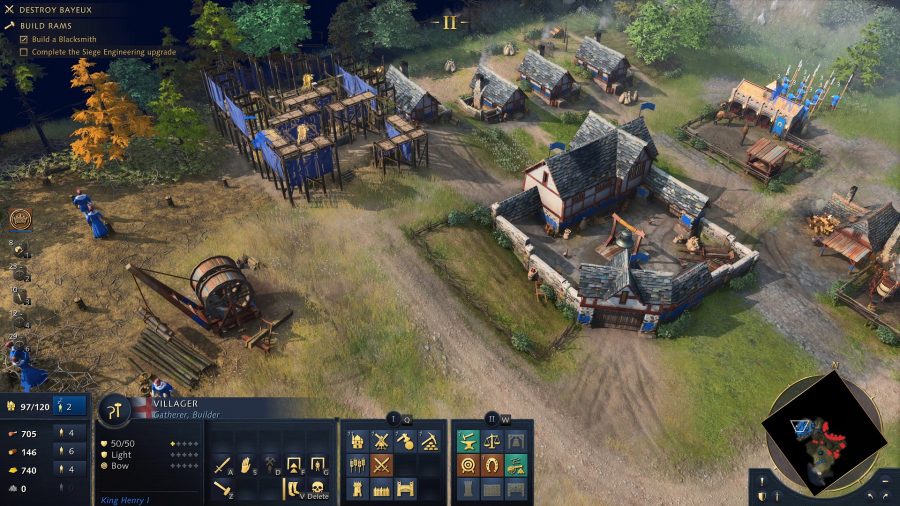 The game will be fully 3D, with more realistic environments that show more pronounced elevation, and forests that will allow units to hide in for ambush tactics. The maps will also be procedural.

Units will be capped at around 200 per player. In an eight-player multiplayer match, this will mean you can have a maximum of 1600 units all fighting over the same space.

While the campaign will have hero-like units for narrative reasons, general skirmish gameplay will not feature hero units. The exception to this at the moment are the Mongols, who have a unit called the ‘Mongol Khan’ who acts similar to a hero-unit, but is not as strong as one.

We’ll be sure to update you on any other Age of Empires 4 news regarding the release date, and anything else the developers decide to share.