The new civilisations coming in the Age of Empires 2: Definitive Edition’s Lords of the West expansion are already raising eyebrows, and they’re not even out yet. Whether you feel they’re ‘OP’, or exactly what the game needs, the developers seem to be in the mood to keep things fresh for one of RTS games’ most passionate communities.

“Something we learned from previous civilisation is that people like bonuses that shake things up,” said Bert Beeckman, co-founder and lead designer at Forgotten Empires.

In case you weren’t aware, the new civs are pretty stupendous. The Burgundians have a unique cavalry unit called the Coustillier that can charge its’ attack stat for devastating early hits, making them excellent shock troops. If that doesn’t work though, they also have a unique technology called the Flemish Revolution that allows them to turn all their villagers into Flemish Militia – which are heavy infantry with anti-cav bonuses – as a last-ditch defence. The Sicilians meanwhile lean into their historical Norman/crusader roots. Their unique ‘First Crusade’ tech will, upon completion, spawn a one-time group of seven ‘Serjeants’ at every town centre. Serjeants are the unique Sicilian unit; they are heavy infantry that can build the ‘Donjon’ building, which is a unique fortification used to train more Serjeants. It can be garrisoned for added firepower.

That’s not to mention the technology they have that can give a one-off gold boost based on how many military units they have on the field. 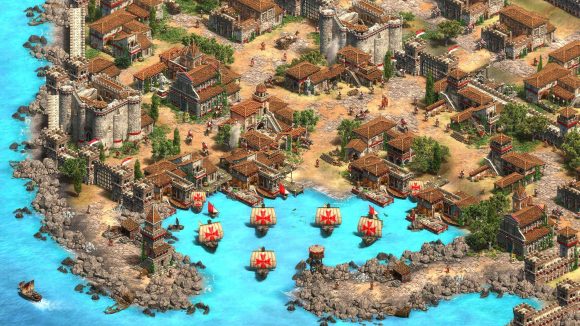 These are all “novel” concepts for Age of Empires II, according to Beeckman, but he claims that – like the “disruptive” civs that have come before – they’re still very much ‘on-brand’ for the game.

“The more disruptive a civilisation can be, the more people like to play with them, even if they’re not a top tier civ for competitive players. That’s what we aimed to do with the new civilisations as well, let’s try new things,” Beeckman concluded. 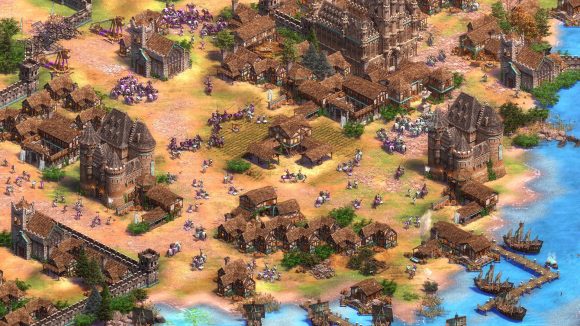 This may not be the last time the team decides to add new civs to the game either. Despite claiming back in July 2019 that they were “done adding civs” they’ve since stated that “if there’s appetite”, they’ll probably look at adding more.

More like this: Read our Age of Empires II: Definitive Edition review

Chapter master of PCGamesN's strategy content, Joe has spent far too much time playing EU4 and knows a little bit too much about Roman military history. Nerd.