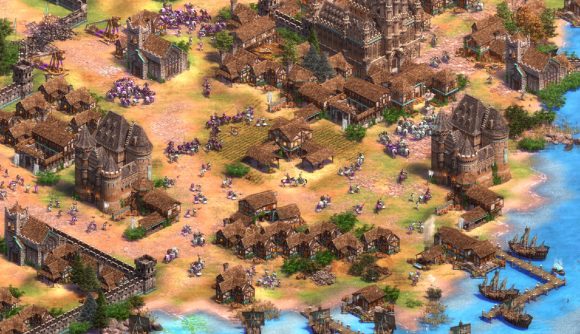 Age of Empires II continues to solidify its place as one of the most popular RTS games around as Microsoft made a surprise announcement this morning – there’s more DLC on the way! Titled Lords of the West, this is the first official expansion for Age of Empire II’s Definitive Edition since it was released in November last year. Apparently, weaponising snowmen wasn’t enough.

Lords of the West is a modest expansion, but it still adds two brand-new civilisations, three narrative single-player campaigns, and 16 additional achievements. This is despite the game’s creative director claiming in July last year that they were “done adding civs”. It’s due to release in just over a month’s time at the end of January 2021.

The first of the new factions is the Burgundians. Fun fact: my first ever encounter with the term ‘Burgundian’ was during the first mission of one of the original Age of Empires II: Age of Kings campaigns that followed the tale of Joan of Arc. It wasn’t until many years later that I understood who they were and what their historical significance was, mainly through playing grand strategy game Europa Universalis IV.

In that campaign they used the ‘Frank’ civilisation as their base. Now, 21 years later, they are finally brought to life in their own civilisation. 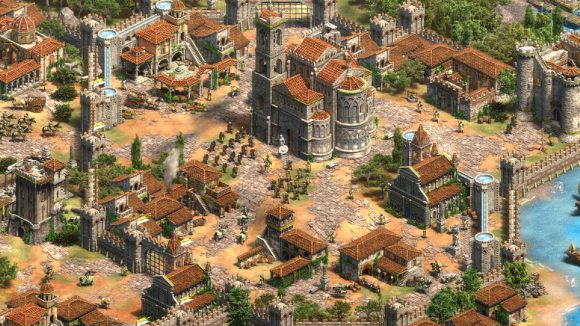 They are joined by the Sicilians, who during the medieval period were a culturally diverse, martial orientated society led by Norman conquerors. The three single-player campaigns involve tales of the English King Edward Longshanks, the Sicilian Hauteville dynasty, and finally the Duchy of Burgundy. You can read more about the new expansion – including specifics on the new civilisation – on the official announcement page.