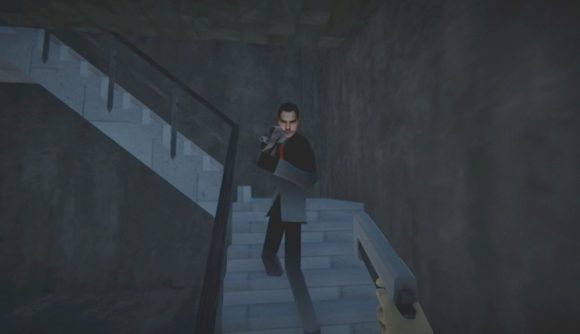 Despite the lack of mouse aim – or even dual analog controllers, aside from that special option – GoldenEye became a bona fide classic of the Nintendo 64 library, and defined a subgenre of first-person shooters that never really survived past TimeSplitters. Now there’s an indie game aiming to bring back that old-school spirit, and you can play it right now.

Agent 64: Spies Never Die makes no secret of its inspirations as developer Replicant D6 describes it as a “retro FPS inspired by classic British shooters such as Goldeneye, Perfect Dark, and TimeSplitters”. It’s single-player only, so don’t expect the ol’ split-screen matches you might be nostalgic for, but you can expect open-ended story missions with a variety of objectives to complete, all in the signature Rare style.

You can head to the Steam page to play a demo right now, just in time for Steam Next Fest, which features one mission with three difficulty options. Each difficulty adds new objectives to complete, just like you’d expect. The game is meant to launch into Early Access sometime this year.