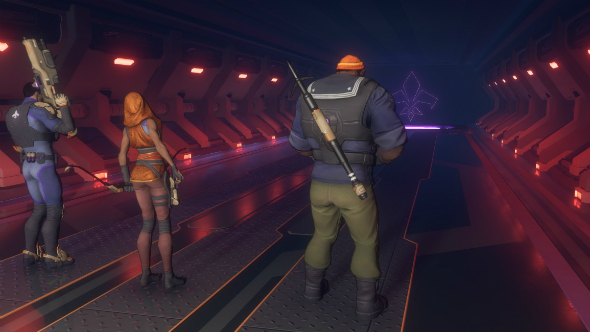 Agents of Mayhem is out and it’s smarter than its toilet humour would suggest. Not much smarter, mind, but there’s enough complexity secreted away in its many characters, abilities, and combat to warrant us extending a helpful, introductory hand to anyone who’s just starting out in the Saints Row spin-off.

Of course, if you’re still on the fence about it, check out our Agents of Mayhem PC review.

With 14 characters to upgrade and level up over the course of the game’s campaign, there’s an extraordinary number of things to unlock and equip at any given moment in Agents of Mayhem. Alternate-Earth Seoul also boasts plenty of its own quirks that take some getting used to. So, without further filibustering, here are 11 things you need to know before playing Agents of Mayhem

Aim assist is your friend, use it excessively

The shooting in Agents of Mayhem is very, very simple. You run and you gun, gently pulling the mouse down to compensate for what minimal recoil there is. You also aim in to score headshots or hit distant targets. But the second you do aim, you’ll find your reticle is jarringly yanked towards your target – submit to the sinister pull of aim assist, it’s a lot easier than manually aiming. Agents of Mayhem features some of the most generous aim assist in gaming, and you’d do well to exploit it in busy, fast-moving clashes where every shot counts. 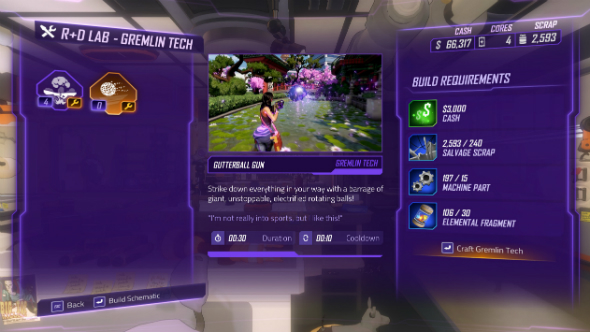 Gremlin Tech unlocks are more effective than any character’s much-touted Mayhem ability. You have to purchase them and the game doesn’t offer much in the way of a tutorial for using them, but their combat potential makes them well worth the cost. The first one you grab, the Gutterball Gun, lets you unleash a gigantic metal orb on an enemy, dealing huge amounts of damage on impact, and sending any Legion baddies soaring into the air. Soon after, you’re turning enemies into exploding, purple bunny rabbits. That’s a lot more fun than it sounds, and it sounds pretty fun.

Every character in Agents of Mayhem has a perk that helps them out in combat. Fortune, for example, can drain shields more quickly than other agents with her energy pistols, which comes in handy against boss fights. Likewise, Hardtack is highly effective against armoured foes, so bring both of them into a mission will ensure you’re suited and booted for taking down heavies.

Too many mission markers 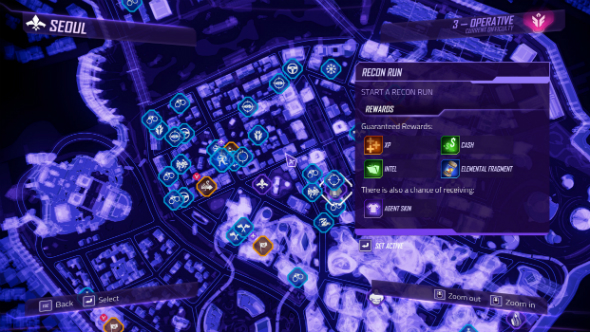 There are a staggering number of mission markers, resources, random tasks, enemy encounters, and collectibles packed into every nook and cranny of alternate-Earth Seoul. So many that it’s surprisingly difficult to find the mission you’re looking for, even with the help of a waypoint. Therefore, it’s wise to take a moment to check you’re at the right mission start point before actually pressing start. I spent a long time trying to unlock a new agent only to discover after three missions that I’d been missing the marker by a few metres each time.

Never stay still, or on the ground

Take the fact that every character can triple-jump as a hint: Agents of Mayhem is a very mobile shooter and you will die if you stay still for lengthy periods of time. You can avoid almost all enemy fire by constantly darting through the air and shooting between jumps. This is especially true against bosses and beefier foes with armour and special attacks. Moving about also forces enemies to chase you, letting you isolate single foes and methodically clear out areas with ease.

No fighting in the road 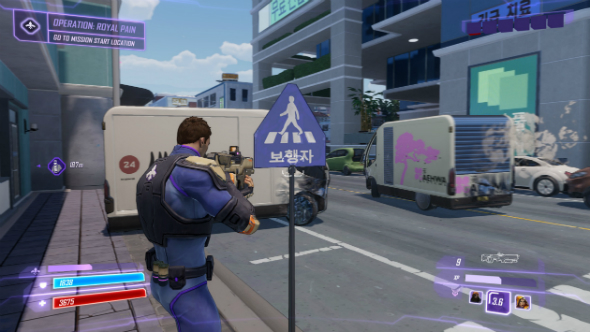 Agents of Mayhem’s cartoon visuals betray the fact that, deep down, it’s just as violent and civilian-unfriendly as Saints Row. This is especially true of its driving AI, which goes berserk at the slightest hint of danger, speeding up and steering erratically whenever a gun fight spills out onto the streets. As a superhero agent you can tank a fair bit of damage, but being catapulted into the air while being shot at is suboptimal, so stick to the pavement in these situations. Thankfully, enemy AI isn’t smart enough to learn the same lesson, so simply sit back and let the Seoul traffic do the bulk of the hard work.

The first three agents in the game are the least imaginative and least effective in the game, so put unlocking other agents at the top of your priority list. Excluding the two DLC agents, there are a total of 12 playable characters in the base game, which equates to a lot of potential variety when it comes to squad composition. Daisy, for example, is a brilliant tank, perfect for whittling down huge groups with her minigun. Oni is adept at handling bigger foes with his abundance of status effect abilities that more than make up for the meagre pistol he wields as his primary. 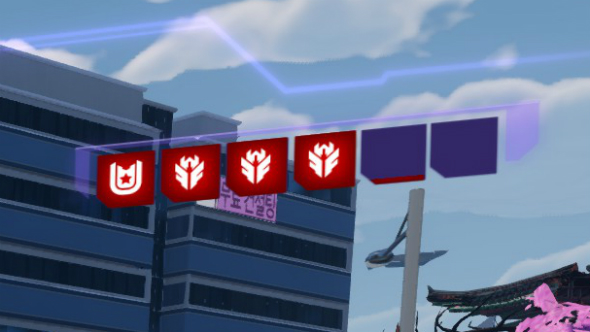 While no police will turn up to spoil your party, creating a ruckus will draw the attention of Legion. Once Legion are onto you they’re pretty tricky to lose, which often leaves you with no option but to fight through the waves of troops. When you hit maximum mayhem, a Legion commander will spawn – these guys are as tough as bosses, but if you beat one then the Wanted bar resets. These fights are really fun, so cause traffic pile-ups and karate chop civilians to your heart’s delight.

Exploring Seoul on foot can be very lucrative

Driving is by far the quickest way to get around, but the driving mechanics in Agents of Mayhem are pretty lacklustre. The alternative is sprinting, dashing, and triple-jumping which, while slow, is guaranteed to yield plenty of rewards. Keep pinging your scanner as you traverse Seoul and you’ll bump into loot crates, missions, and (after upgrading the scanner) Crystal Shards. The more you find in your first few hours, the more you’ll be able to customise and upgrade your agents.

Sink some time into the Ark’s Wreck Room 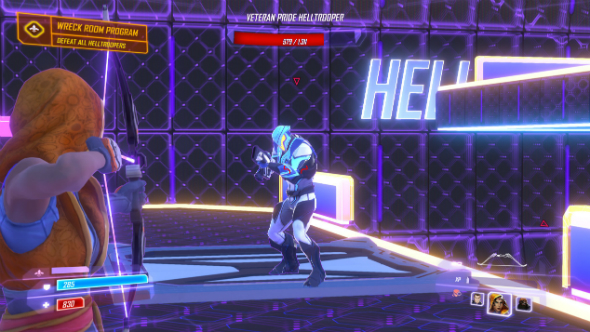 There are a lot of tutorials in Agents of Mayhem, but at no point are you steered towards the Ark’s Wreck Room, an arena mode where you can hone your prowess with agents, test out different squad makeups, and grind XP. Play through as many challenges as possible early on and you’ll have a trio of decked-out agents to bring into missions. Some agents, like Scheherazade and Joule, are only worth fielding after you’ve leveled them up and earned all of their gadgets, so the Wreck Room is a fast and efficient way through that tedious process.

Carjacking is generally a lot of fun in open-world games. That’s not the case in Agents of Mayhem, where there are no vehicles worth stealing and it often takes longer to knick one than it does for you to call your own supercar in. Crime, ladies and gentlemen, does not always pay.

That’s everything from us. If you’ve got any useful Agents of Mayhem tips of your own then be sure to sound off in the comments section below.