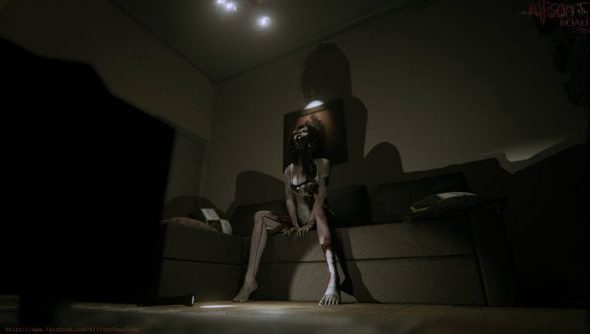 Who doesn’t love a good bit of indie drama? Although, when it comes to Allison Road, the on-off-on-again paranormal thriller seems to have suffered more plot twists during its development than your average daytime soap opera.

Check out our rundown of the best adult games on PC here.

For a quick recap, Allison Road was billed as an unofficial spiritual successor to P.T. – the game Hideo Kojima and Guillermo Del Toro created together as a teaser for the sadly cancelled Silent Hills. Handled by indie studio Lillith, Allison Road began life on Kickstarter, but was later pulled from the platform when it was picked up by British publisher Team17.

Things appeared to have taken a darker turn come June, however, when Lillith revealed the game had been cancelled after a long discussion with Team17. Strangely, the studio neglected to reveal the reasons behind the decision, letting rampant online speculation win the day. However, a couple of months on it appears Allison Road is back in development.

Creator Christian Kesler has told IGN that he is to continue working on the game on his own, albeit as a new studio called Far From Home, co-founded with his wife.

“I’m actually really happy to be able to announce that [Allison Road] will continue,” offered Kesler. “It did take a bit of soul searching to find the drive again to work on Allison Road and to simply make a call on what to do next.

“After the set back, I took a bit of a break from working on it and re-evaluated all the work that had been done so far – the whole journey, so to speak. I started making a few (in my opinion) necessary changes to the story and the flow, little bits and pieces here and there, and before I knew it, it sort of naturally came back to life.”

Kesler once again has opted not to reveal what happened with Team17, or even what the changes are he’s made to the game, but it’s unlikely fans will be all too bothered at this point. The most important news is, Allison Road has returned from the dead. How fitting.