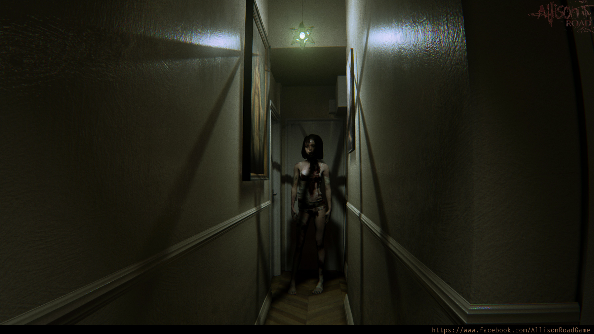 Update June 17, 2016: Lilith have released an official statement about the cancellation of anticipated horror title Allison Road, citing a split with publisher Team 17.

The PT-inspired horror game met the same fate as its inspiration just over a week ago and was cancelled in some kind of dispute with its new publisher. Lilith wrote a vague explanation of the cancellation on their Facebook page and people in the comments are not happy.

Like games that push boundaries? Check out the best adult games on PC here.

Here’s the update: “Hi all, after a long consideration between Team17 and ourselves, we have reached a mutual agreement to end our collaboration on publishing Allison Road under Team17’s Games label.

“Sometime things pan out differently than expected as game development and publishing have so many layers of complexity… We’d like to especially thank everyone for their support through-out, it has and will always be appreciated!”

It seems bizarre that they can’t just head back to Kickstarter, a place where they already saw big success before opting instead for a publishing deal, but it doesn’t look like the game’s ever going to happen now, especially as Lilith’s website has vanished along with everyone’s hopes.

Original Story June 5, 2016: The last time we spoke about survival horror epic Allison Road on these pages, it was to bring you the news developer Lilith had cancelled the game’s Kickstarter campaign in favour of a publishing deal with Team17. Now it appears it’s just been cancelled period.

Developer Lilith has taken to Twitter to claim Allison Road has now been canned, with no detail given other than to say a statement will be published in the next few days.

The game, which was first announced back in May 2015 and was billed as a spiritual successor to P.T., the playable teaser pushed out ahead of the later cancelled Silent Hills game. Now, more than a little ironically, Allison Road appears to have suffered the same fate.

Hi all. Sadly Allison Road had to be cancelled. Statement to come in the next few days. Thx for all your support and very sad it came 2 this

Just why – beyond idle speculation over a lack of funds and resources, which is the cancer within the development of many indie games – is unclear. Last October, UK publisher Team17 swooped in to pick up publishing rights, a move which Lilith claimed would grant the developer creative freedom and security.

“Working with Team17 will give us the chance to make our game unhindered creatively, but at the same time will give us the resources, support and experience that only a 25 year old studio can give,” the studio said at the time. “For us it’s an incredible opportunity to be part of a label that looks after not only such a massive gaming franchise, but also supports developers like Playtonic, Mouldy Toof and many others.”

Did Team17 pull out? There’s been no statement from the publisher on Allison Road’s fate to date, though we’ll keep our eye on it.