We’re three generations into AMD’s venture back into the high-end CPU market with its Zen architecture, recently marked by the release of AMD’s 7nm Ryzen 3000 processors. With each new µarch the gap between it and Intel’s processor performance lead closes that little bit more, and none having a more pronounced affect on the market than Zen 2.

But will AMD’s 7nm chiplet design be able to face down Intel on equal footing and finally level the playing field in the red team’s favour after years of Bulldozers, Excavators, and Piledrivers all attempting to do just that? To find out, we’ve decided to pit Zen, Zen+, Zen 2, and (Skylake iterative) Coffee Lake against one another to see which one emerges from the gladiatorial arena that is our graffitied test bench brandishing the sandy entrails of its vanquished foes.

For this experiment we’ll be opting for four eight-core, 16-thread processors: three from AMD and one from Intel. These will be the Ryzen 7 1800X, Ryzen 7 2700X, Ryzen 7 3700X, and Core i9 9900K. Aside from clock speeds and architectural tweaks, these chips represent an even match-up, and we’ll be clocking each chip down to 3.5GHz to ensure there’s no frequency funny business going on during benchmarking.

We also have to set some ground rules. Number one: every chip will utilise standardised equipment. As per PCGN hardware regulations, that’s a Corsair H100i V2 liquid cooler, Nvidia RTX 2080 Ti, and Corsair Dominator memory clocked at a steady 3,000MHz. Zen 2 and Coffee Lake are both keen for a little faster kit, but since 1st Gen Ryzen processors mostly sputter at the sight of 3,600MHz that’s a no-go.

Number two: no processor is to utilise a performance enhancing (or power-saving) algorithm such as Turbo Boost, Speed Step, Precision Boost, or C-power states. That means the usual fluctuating behaviour you’d witness with these modern chips will not be present during this test to ensure a clean fight. Each core will instead float at 3.5GHz night and day, idle and load.

Besides architectural differences in how these chips execute operations the only variable will be the motherboard. We’ve opted for the Asus X470 Strix Gaming-E across the board for the red team and the Asus Z390 Maximus Formula XI for Intel’s silicon. 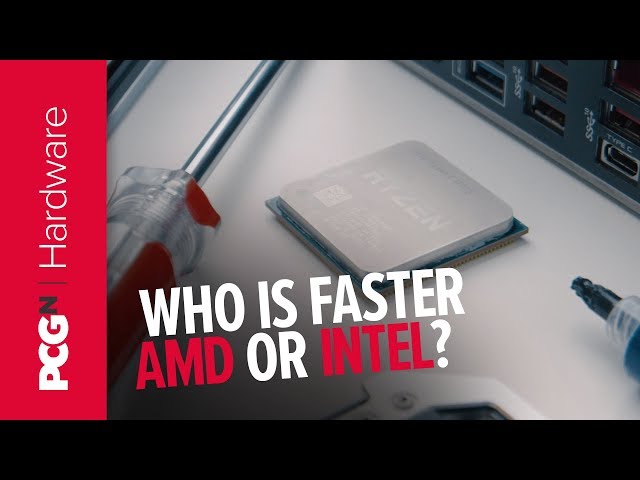 Is Zen 2 or Coffee Lake faster?

AMD Zen 2 and Intel Coffee Lake mark two very different approaches to x86 architectures. Intel Coffee Lake is a refinement of the 14nm process node first introduced with Skylake, and crams I/O, uncore, and compute onto a single monolithic chip in the conventional manner. Meanwhile, AMD’s Zen 2 silicon builds upon the Zen architecture first introduced with Ryzen in 2017, refined and transferred onto the 7nm process node from TSMC in CCDs, or compute chiplets.

AMD assures that most of Zen 2’s performance uplift does not originate from the 7nm process node, however. Instructions per clock (IPC) has seen some 15% improvement over previous generations, and that’s been enough to push Ryzen 3000 over the edge into competitive gaming performance – as evident in the benchmarks below.

AMD takes the lead in Cinebench R20 by quite some distance. Similarly, it skyrockets ahead of Zen, Zen+, and Coffee Lake in x264 v.5. This suggests that on raw compute performance, Zen 2 dominates the field.

But that does not carry across gaming benchmarks, in which we see Intel taking charge. Total War: Three Kingdoms is particularly amicable to Intel’s silicon, and, like many more, it has been optimised heavily towards the Core design. Since this does not carry over into raw compute tasks, it suggests that game optimisations are responsible for Intel’s performance upswing.

That could mean that there’s still performance left on the table with Zen – a symptom leftover from a time when few bothered considering developing for AMD CPU tech in the gaming market. With a growing market share, developers may find it conducive to their player base to start tweaking a little more in AMD’s favour in the years to come. But that also relies on AMD matching Intel’s investment in the developer ecosystem.

“The size of the developer ecosystem is tiny” Intel chief architect, Raja Koduri, said speaking of AMD at Intel’s 2019 investor meeting. “In fact, without our invaluable software contributions they have no software ecosystem that’s meaningful.”

Granted, Koduri has a rather significant vested interest in the matter. Yet Intel has been proactive in seeking developer optimisation with considerable capital, and that remains a challenge for AMD to overcome while it fights for well-earned market share.

And as for Zen+ in contrast to Zen. Many of the optimisations made with the move to 12nm resulted in higher clock speeds for a marginal performance increase. Hence why, once we nerfed all our chips down to 3.5GHz, much of that performance increase dissipated. 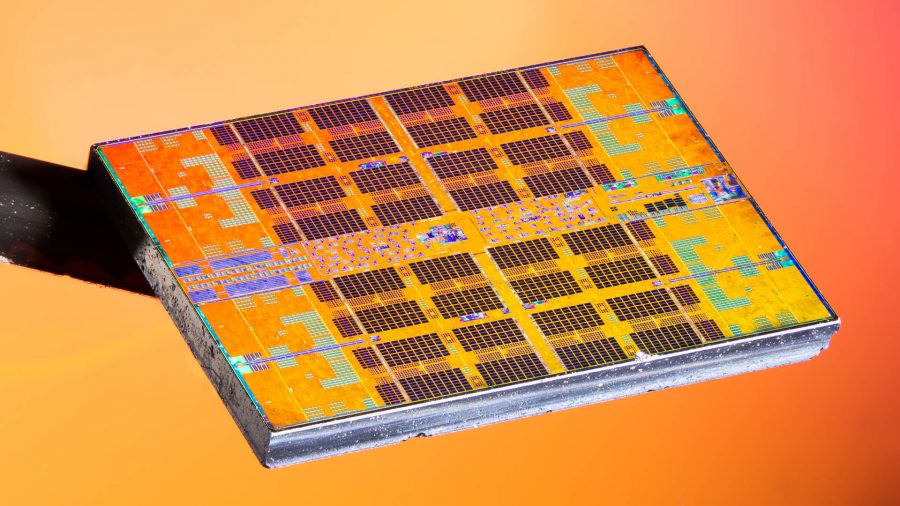 How DID AMD Catch up to Intel?

Front end advances made with Zen 2, such as branch prediction, pre-fetching, and cache restructuring, have paved the way to the performance improvement we’re seeing with Zen 2. The architecture has been streamlined since Zen+, with an updated core complex featuring larger banks of cache and a more efficient interconnect fabric.

Floating point bandwidth has also been doubled, and integer execution being similarly beefed up to make better use of every clock pumping through Ryzen’s veins.

Not to say there’s nothing to be gained from the shift to the 7nm from the 12nm process node – which is essentially 14nm with a twist – either. The move allows AMD to shrink the CCX floor plan by roughly 29% from Zen+, and take the front foot and gaining process node superiority over its age-old rival. Performance per watt increases dramatically, and while Zen remains a somewhat thirsty architecture when pushed to the lofty clocks required by desktop chips, the latest chips sap a lot less power from the wall.

One key consideration here is also the effect to which security vulnerabilities, and the subsequent patches that fix them, have affected processor performance. Intel has been hit worst of all out of the two x86 manufacturers by the recent wave of scandalously named bugs, and that will have an affect on it’s execution and overall performance clock for clock. 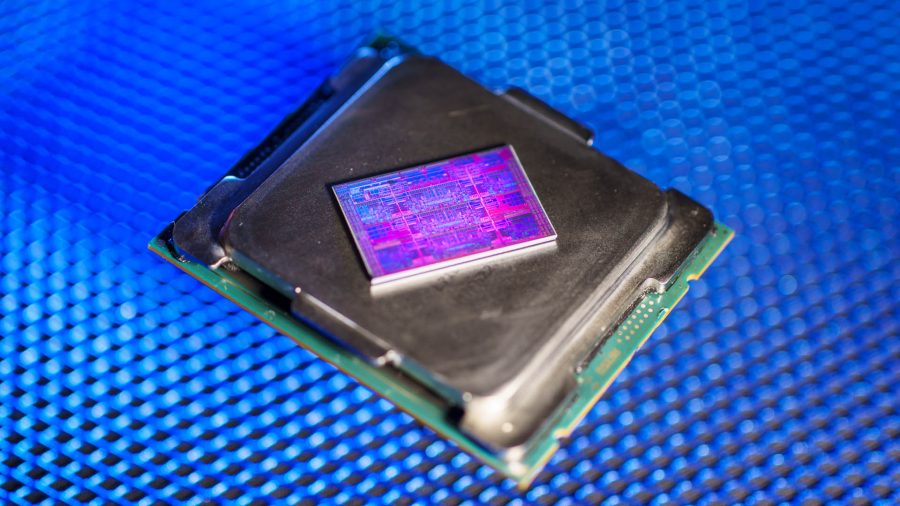 So what is it then that still keeps AMD from the gaming crown in raw numbers? A great deal of Intel’s performance lead seems to derive from specific optimisations for its architecture, which have been simply too great to counter retroactively for AMD. The red team is still fighting its way out of a corner, and doing a fantastic job of it, but it needs to continue this dominance to swing the overall processor market – made up of old, new, dual-core, and high core-count processors – over to the its sanguine shores. Until that time, the player base remains overwhelmingly Intel – and with that too goes developers’ attention.

But it’s also a question of architectures. Despite today’s rhetoric, Intel processors are still built on a incredibly dexterous architecture – even if it’s getting a bit long in the tooth these days. The foundations of Skylake, its impressive IPC, and the 14nm process node seem to be reaching the end of their potential, yet Intel has proven this architecture to be increasingly adaptable in the face of change far beyond its initial design spec.

Following Ice Lake, Intel is set to restart its Core architecture efforts with the Sunny Cove core. Once that hits the desktop, which may be a while off yet, AMD will be rocking Zen 3 7nm+ parts and looking towards its next step with Zen 4. At this pace, the results of this experiment could be very different come 2021.