The AMD Ryzen 7 2700X was our first taste of AMD’s second-gen Ryzen processors… and made quite a splash when it landed. For now it’s the top Pinnacle Ridge chip, and it seems AMD is still withholding a potential top-end Ryzen 7 2800X despite the release of Intel’s own pseudo-mainstream octa-core CPU. As it stands, the 2700X is making it difficult to recommend an Intel Core processor over the new AMD Ryzen 2 CPUs.

AMD’s Ryzen processors range has made a huge difference to the CPU market, with the first-gen parts making the initial splash while the second-gen chips have solidified AMD’s place back at the top table of PC gaming processors.

It’s well over a year since those first-gen Ryzen processors launched and shook the CPU world up. Their disruptive mix of high core-count and aggressive pricing made Intel sit up and take notice, but they weren’t able to knock Intel off the top spot straight away. Those first chips were, however, just a marker and the second-gen Ryzen chips show just what AMD has learned from the first outing of the Zen architecture.

Even in the face of the Intel Core i9 9900K’s release, the 2700X is still a great CPU, especially undercutting the pricey Core processor by the margin it does. But what has AMD actually done to improve on the original Ryzen design, and how does this chip compare with the Intel competition? 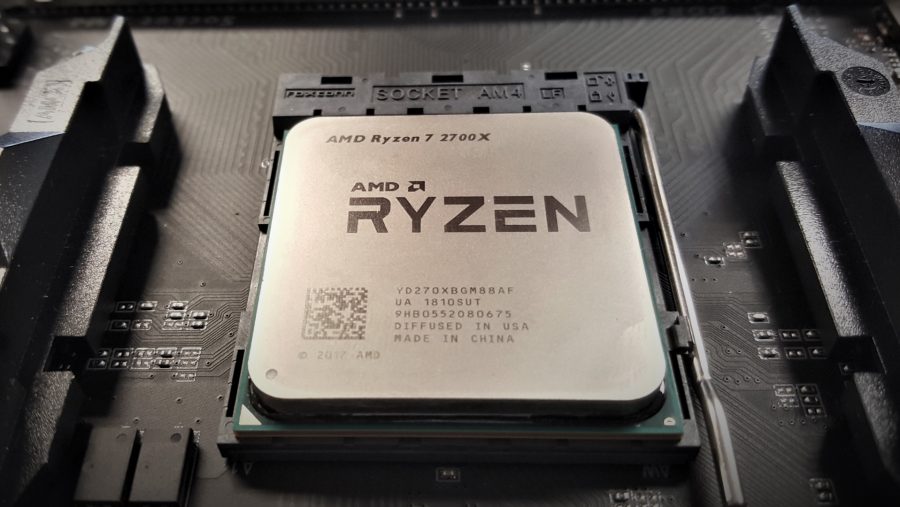 The Ryzen 7 2700X – with the Ryzen 5 2600X as very capable backup – is the inevitable maturation of the Ryzen range, and is definitely more of an evolution than a revolutionary new processor. This isn’t the AMD Zen 2 architecture, this is the tweaked Zen+ design. It’s essentially been created using the same Zen architecture as the first-gen chips, but is now based on the new, smaller GlobalFoundries 12nm production process.

But the fact that these Pinnacle Ridge processors represent an evolutionary design over the original Summit Ridge CPUs is definitely no bad thing – the initial Ryzen processors were impressive first-gen CPUs. These Ryzen 2 chips, however, have definitely benefited from a year’s worth of engineering and tweaking.

To start with, however, it’s worth mentioning that there has been no change in the core-count of the new second-gen Ryzen range, we’re still talking about the Ryzen 7 2700X sporting the same eight-core, 16-thread configuration as the Ryzen 7 1800X and 1700X of the previous generation. Despite being a smaller production process, the 12nm lithography was never going to allow AMD to squeeze any more cores in – not to mention the relatively limited time it has had to work on them.

We were told by AMD’s James Prior at CES that the 12nm process was “not an area statement, it’s a power efficiency statement. The area is not going to change much, but the ability for us to manipulate the frequency voltage curve has improved.” And that has meant they’ve been able to up the clock speed of the new Pinnacle Ridge processors.

The Ryzen 7 2700X has the same 3.7GHz base clock as the previous top Ryzen processor, the 1800X, but now offers a 4.3GHz maximum boost frequency. Obviously, that’s the maximum clock speed you’ll get when only one core is active, in line with the way Intel measure their chips, but the difference now is that even when all eight cores are being stressed the Ryzen 7 2700X will be able to get closer to that speed than the 1800X ever could.

That’s because AMD has improved the Precision Boost and XFR features of the SenseMI technology. Previously the Summit Ridge chips would refuse to budge from the base clock if any more than one core had something going on, with Pinnacle Ridge – in fact, with all the Ryzen 2000 series chips, including the Ryzen 5 2400G and Ryzen 3 2200G – Precision Boost 2 is far more opportunistic. 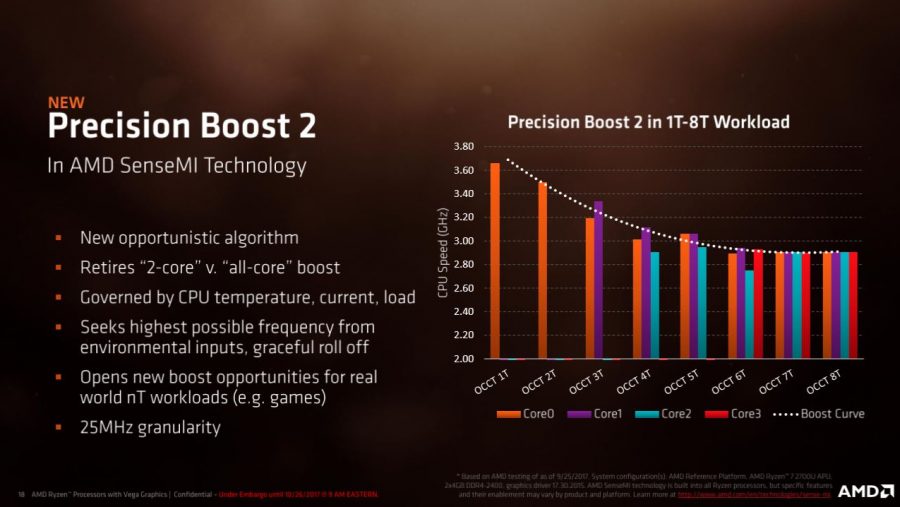 That means the Ryzen 7 2700X will always aim for its highest frequency, even when all the cores are stressed, by checking against CPU temperature, load, and current. And it will do it with increased granularity too, if it’s getting too toasty at 4.15GHz then it’ll drop down to 4.1GHz or 4.06GHz instead of just resetting back to the 3.7GHz base.

But you don’t need to worry about compatibility because AMD has already promised the AM4 motherboard platform will form the base of our Zen PCs up until 2020 at least. So the Ryzen 7 2700X is completely compatible with the existing 300-series boards, despite launching with a new X470 chipset.

Memory compatibility, a big problem for the first Ryzen launch, is now a non issue too. We haven’t experienced any RAM issues with the new chips, or any AMD CPUs, for a long while now.

The Ryzen 7 2700X is also a better overall package now. All the second-gen Ryzen processors now come with a CPU cooler as standard, and with the Ryzen 7 2700X you get a doozy. The new Wraith Prism is a proper RGB LED air-cooler, with a hefty heatsink and direct contact heatpipes.

This isn’t the sort of useless paperweight you get with Intel processors, this is a genuinely useable cooler. 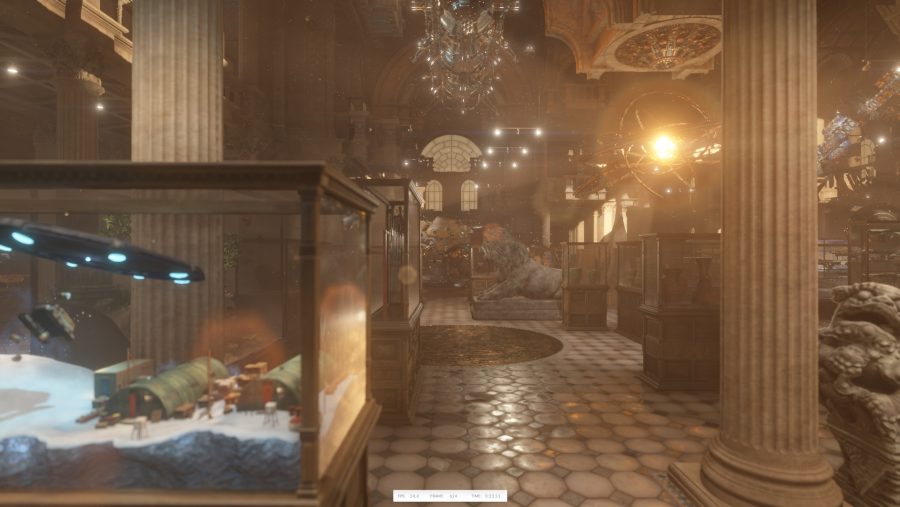 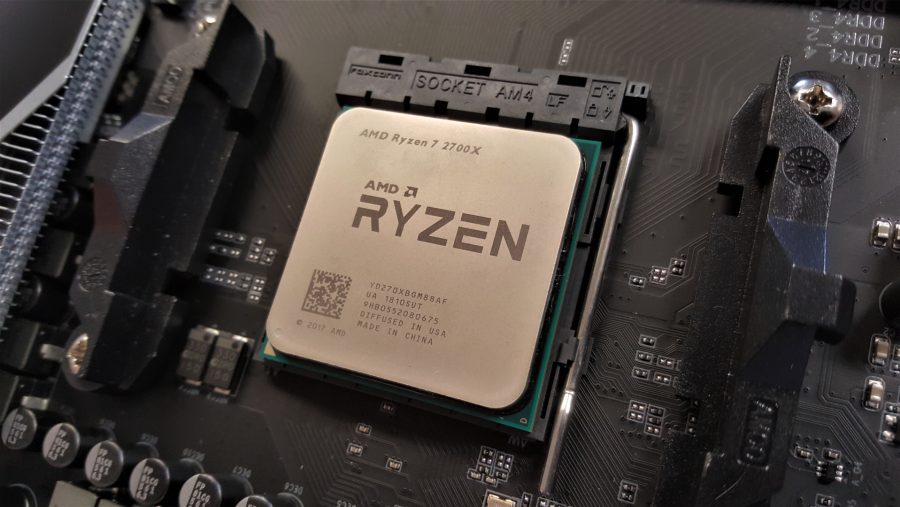 Let’s start with the good news. In productivity tasks the Ryzen 7 2700X absolutely flies. Throw some rendering at it with the Cinebench test and it powers through it faster than any CPU close to its price point. Chuck some video encoding its way and the competing Intel six-core genuinely looks like the poor cousin.

If you want some numbers, the Ryzen 7 2700X is 21% quicker than Intel’s Core i7 8700K in the X264 stakes and 31% faster in Cinebench. It goes without saying then that it’s also evidently more powerful than the 1800X that topped the first-gen Ryzen range.

The bad news really isn’t that bad at all

Now the bad news… it’s still well behind the Intel chip in terms of single-threaded performance. The 8700K is some 12% faster using the Cinebench index scores, and the 9900K is almost 17% quicker, though that is partly down to the fact that both are running with a higher frequency during testing.

That probably has you expecting the worst, thinking that despite how much effort AMD have put into making sure the Precision Boost 2 feature bumps the Ryzen 7 2700X’s all-core frequency it’s still going to be behind the Intel Coffee Lake CPU in terms of gaming performance. And you’d be right.

But here’s the thing, it doesn’t matter anymore. The bad news really isn’t that bad at all.

It doesn’t matter because the difference in relative gaming performance is so minimal at 1080p that it will almost entirely disappear as soon as you push the resolution up above that level. At 1440p or 4K you’ll see nothing between the Ryzen 7 and Core i7 chips.

So now you finally have Ryzen genuinely competing in gaming performance at all levels, and only outperformed by the massively more-expensive top Intel Coffee Lake chip in any computational task.

And when you look at the Zen and Core architectures on a clock-for-clock basis things are a lot closer too. When the 2700X and the 9900K are run at the same frequency Intel does retain its single core performance lead, but it shrinks to just 5%. Interestingly though the AMD chip actually pulls ahead of the multithreaded performance of Intel’s similarly eight-core CPU by around 3% in Cinebench multi-core testing.

What you will have to put up with, however, is the higher power draw of the Ryzen 7 2700X. With its 105W TDP you might expect it to draw more power too, and our testing highlights that. But that’s a modest problem, and arguably not a problem for most people who will happily jam a GPU into their rig that will double peak platform load in a second.

The big difference between Intel and AMD is still in the overclocking stakes. The Ryzen 7 2700X has been designed for higher frequencies out of the box, but it doesn’t have a lot of headroom if you want to take it any further. In fact, we only managed to get the all-core overclock to match the single-core max boost clock speed.

That’s a shame, but is also unlikely to be much of an issue for most people. The fact the 8700K can overclock stably to 5.2GHz all day long means it gets some bragging rights, but when it still can’t keep up with the Ryzen 7 2700X’s processing chops, or give it any meaningful performance lead in games, it doesn’t really matter. 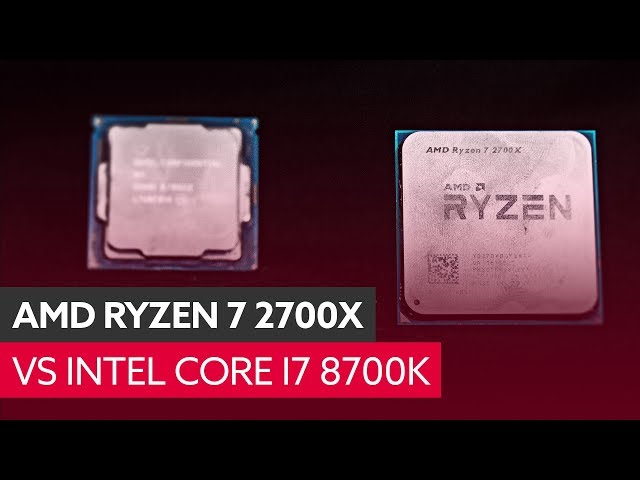 This makes Dave a happy panda. This is a high-end AMD processor that makes me question why anyone would now buy the 8700K or 9900K instead. We’ve genuinely got serious competition in the CPU market once more, with AMD pushing Intel as hard as it’s ever done.

The Intel chips are more expensive, aren’t offering much more in computational tasks, and don’t offer any frame rate boost for you games. So why bother?

The Ryzen 7 2700X also has a more compelling overall package. The AM4 platform is going to last for at least the next two year, giving you somewhere to go if you decide to upgrade later on down the line, and the chip itself also comes with a quality CPU cooler out of the box too.

If you factor in that you might spend around $50 on a cooler for your Coffee Lake chip, and the very real 14nm supply struggle, then we’re talking about it being around $100 cheaper than the 8700K. The 9900K then is almost twice the price. The only real issue for the Ryzen 7 2700X is that the 2600X and Ryzen 5 2600 chips are just as good on the gaming side and still have serious computational chops despite costing less than the octacore chip.

The second-gen Ryzen chips prove that AMD has been listening, and the fact that it managed to whisk out the lumps in the Ryzen batter (mmm, pancakes…) and get it to market in a little over a year is mighty impressive. It’s not just the 12nm chips which are lithe, the whole CPU side of the business seems to be too. AMD has been smart too holding back the inevitable Ryzen 7 2800X to combat whatever Intel can muster in response.

I’m not surprised AMD is taking some of the Zen brains over to fix whatever’s gone wrong on the graphics side of the business if this is what they come up with.

The Ryzen 7 2700X is a genuinely excellent high-end processor. I’m not just talking about it being a good value alternative, that it’s a decent CPU limited to productivity tasks, this is a great all-round processing monster of a chip.