AMD CEO, Dr. Lisa Su, has confirmed that the red team’s next generation Ryzen 4000 Renoir APUs will be launching early next year. We expect that means January’s annual Vega techgasm, CES, will be featuring a whole load of AMD-based laptops to kick off the new year in style. The new Ryzen 4000 7nm mobile processors will be based on the current Zen 2 processor architecture, but it’s the choice of graphics component that we still don’t 100% know about within the new APUs.

The current expectation is that, unlike the next-generation PlayStation 5 and Xbox Scarlett consoles, AMD’s Zen 2 APU will feature Vega-based GPUs rather than featuring the newer Navi graphics architecture packed into the RX 5700 graphics cards.

Given that the Vega architecture has already had a 7nm die shrink, made flesh in the consumer space by the abortive Radeon VII GPU, there shouldn’t be any limitation in having Vega silicon sitting alongside a 7nm Zen 2 chiplet. And, by having a single eight-core Zen 2 chiplet in the package, that would mean a potential doubling of the maximum core count for mobile AMD chips.

Dr. Su was talking with VentureBeat after the recent earning’s call, and essentially rehashed a lot of the anodyne responses given to the questions from analysts. But when talking about the product stack for next year she has confirmed that the 7nm mobile chips will be coming early on in 2020.

“We’re also pretty excited as we go into 2020,” she says. “You’ll start to see our next-generation mobile products, as well, coming in early 2020. You’ll see 7nm mobile chips that have yet to come to market. That’s a pretty strong portfolio. 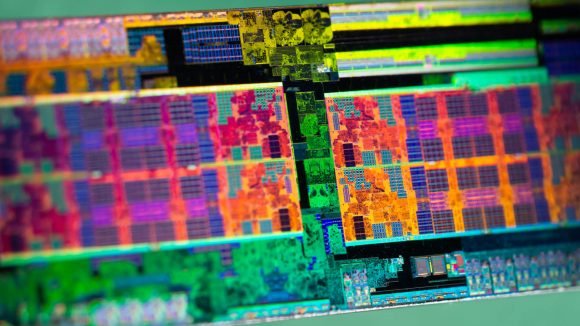 With both the Zen 2-based APUs and Zen 3 CPUs sporting the Ryzen 4000 nomenclature we’ll see a whole new generation of red team silicon flooding the market throughout the year. The good news is that AMD is still sticking with its AM4 socket at least for this next generation of chips so there’s no need to ditch your motherboard just yet.

The sticking point surrounds which graphics architecture is being used with the Ryzen 4000 APUs, however. The natural assumption would have been that it would match the custom designs coming out for the next-gen consoles, pairing Zen 2 CPU and Navi GPU architectures together, but from early Renoir APU Linux driver support it seems that it’s going to have a modified Vega GPU attached to it.

The expectation is that the basic GCN Vega design will be present and correct from a standard Compute Unit perspective, but that it will be appended with Navi’s updated multimedia and display engine silicon.

Following the Ryzen 4000 APUs at the start of the year will then be the Zen 3-based CPUs, likely around the summer again. Using the 7nm+ design we can expect a 10% performance bump from the new TSMC node itself, and if there’s the option of a clock speed hike for the new chips we could see even greater levels of processing power with the new AMD silicon.