The Ryzen 5 2600X is the deserving sequel to one of our favourite gaming chips of the last twelve months, the Ryzen 5 1600X.  These AMD Ryzen 2 processors are delivering us the second-generation Pinnacle Ridge CPU architecture, and are bringing Intel a bad case of indigestion.  How’s that make you feel, Coffee Lake… want some Gaviscon?

When the 1600X first launched we hailed it as the most significant gaming processor that AMD had ever created, and I stand by that. It was a well-priced, powerful multi-threaded CPU, with genuinely competitive gaming performance. It didn’t quite nail the Intel competition on straight in-game frame rate terms, but it was such a good overall package it was almost uncontested as the top gaming CPU until the Core i5 8400 severely undercut it on price.

But what it represented was arguably more important. It represented an AMD that was back in the game and meant that putting together a new gaming rig was now a case of ‘which processor do I choose?’ rather than simply ‘which Intel CPU?’

It also meant six cores and 12 threads was a mainstream core count for the first time. We don’t count Bulldozer. No-one does.

Like the Ryzen 7 2700X we’re talking about an evolutionary, rather than revolutionary, CPU core. The Ryzen 5 2600X is the sequel to the 1600X, not the next-generation of it. As such it sports essentially the exact same Zen design at its heart, though this time built on the 12nm Global Foundries lithography to create what AMD are calling the Zen+ architecture.

It’s still got the same 4.8bn transistors, even if they are nominally smaller than the previous 14nm versions. And that means AMD can’t really squeeze any more cores into the Ryzen 5 2600X’s design. So we’re looking at another six-core, 12-thread processor, using a pair of CCX modules with three on either side, chatting to each other across the Infinity Fabric interconnect.

AMD have, though, boosted the clock speeds of the new Ryzen 5 2600X, thanks to the extra headroom offered by the more lithe 12nm lithography. The base clock is a little lower, but we can largely ignore that – for reasons I’ll come to in a second – while the maximum single core boost clock has been pushed up to 4.2GHz.

The reason we don’t have to worry about that 3.6GHz base clock speed is because you’re unlikely to ever see your Ryzen 5 2600X ever drop to that frequency when you’re pushing the processor. Where the 1600X resolutely stuck to its 3.7GHz base as soon as you made it do anything that involved anything more than a single core, the Ryzen 5 2600X will boost its clock speed as much as it can, based on the thermal headroom, current, and CPU load at any given time… even when you’re using all six cores.

That’s because AMD have focused on updating the Precision Boost 2 technology; providing a feature that utilises the SenseMI sensors to their fullest and brings you the full potential of your processor more often.

You might get slightly lower frequencies when dropping the Ryzen 5 2600X into an X370 board instead of one of the newer X470 motherboards, but the AM4 socket is identical, offering cross-compatibility… so long as the BIOS has been updated in the last few months. That will affect some of your CPU-based benchmarking scores, but don’t worry, it won’t affect your machine’s gaming performance.

An X370 will do you just fine, and potentially all the way until 2020 as AMD have committed to using the AM4 socket for all its mainstream chips until then. 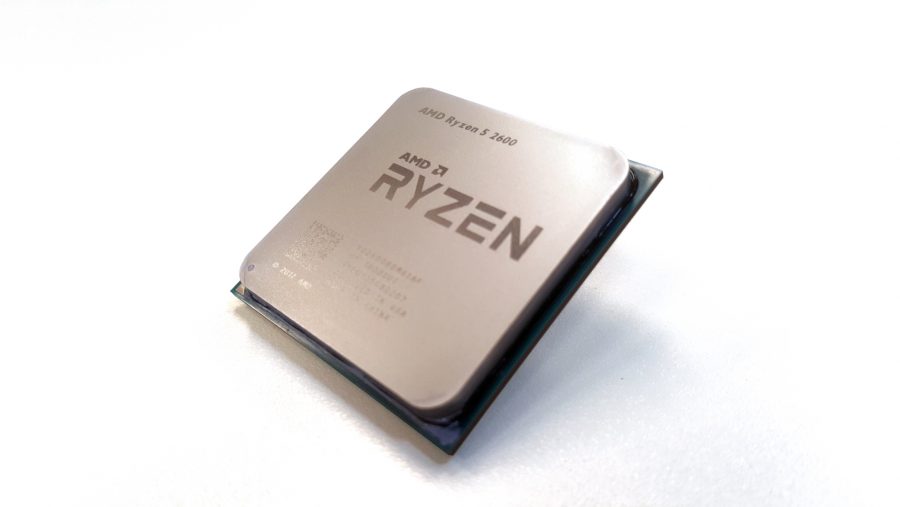 The Ryzen 5 2600X offers a hell of a lot of computational silicon for just $230. Those six multi-threaded cores give it the same level of processing power as the top end Intel Coffee Lake, the Core i7 8700K, and the increased clock speed means that it’s only ever a few frames per second behind the Core i7 in gaming benchmarks too.

And all that despite being some $120 less expensive. Potentially even cheaper when you factor in that you need to buy a third-party cooler with the 8700K.

It also goes without saying then that it’s faster than the original 1600X, which I loved so dear. But I’ve said it anyway, sorry. It’s 12% quicker in the Cinebench rendering benchmark and around the same percentage faster with the video encoding X264 test. On the whole the gaming performance isn’t that much different, but where it really stands out is in the CPU-intensive Civilization VI tests. In both the general and AI tests the Ryzen 5 2600X is noticeably pacier than the 1600X.

The thorn in the Ryzen 5 2600X’s side, however, is still the Core i5 8400. By virtue of being limited to six non-HyperThreaded cores the Intel chip can’t compete on the general computational front, but its classic Intel gaming chops mean that it still has the lead when it comes to our gaming tests. It’s only ever by a few frames per second on average, but as it’s a cheaper chip that difference becomes a little more important.

But as a non K-series CPU the 8400 can’t overclock… though if you were hoping the overclocking performance of the second-gen Ryzen might blow everything out of the water you might be disappointed. Sure, if you slosh a load of liquid nitrogen over it you can hit 5.8GHz, and some are even hitting 6GHz, but with a standard closed-loop water cooler we could only just manage a stable 4.25GHz. Considering the maximum boost is 4.2GHz, that’s not a particularly inspiring results.

But overclocks don’t really mean much in the way of gaming frame rates in these upper echelons of the gaming processor market, and as so few people are likely to go to the effort of overclocking it’s barely an issue. 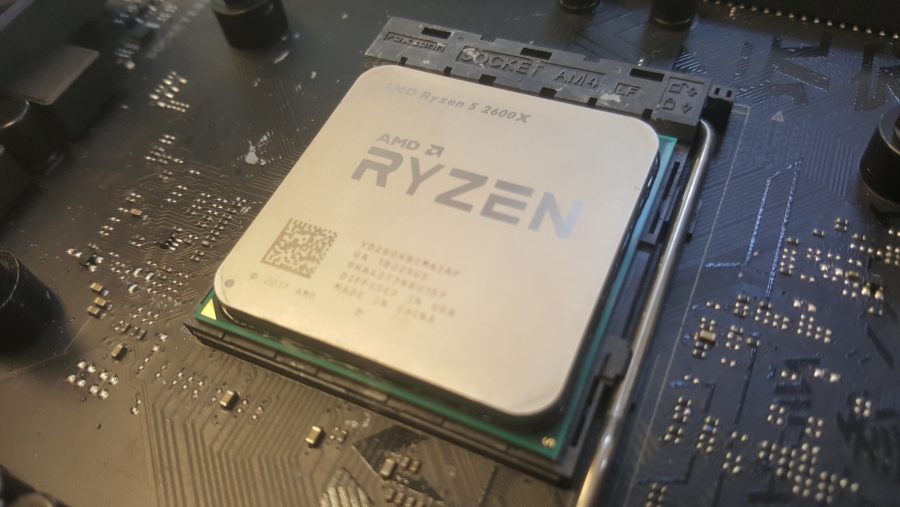 The original Ryzen 5 1600X was a great chip, with genuinely impressive multi-threaded performance, and that allowed us to look past it’s mild gaming flaws. AMD have shored up those slight issues with the Ryzen 5 2600X and have produced a CPU that is better than its predecessor in every way.

It also shows that the first-gen chips weren’t a flash in the pan. AMD have listened to the feedback and have been able to improve their chips in what is a relatively short time – and that gives us a lot of hope for the future AMD Zen 2 CPUs to follow.

The Ryzen 5 2600X is maybe not as much of a milestone as the 1600X, and is still a few fps off the rival Intel chips in gaming performance, but the overall package you get with the second-gen Ryzen processors is second to none.

The longevity of the platform, the agressive price point, the huge multi-threaded performance, and the competitive gaming chops all make the Ryzen 5 2600K one of the absolute best gaming CPUs you can buy today. That said, if you’re happy with a doing a little light overclocking yourself you can get the same level of performance out of the cheaper Ryzen 5 2600 with just a little tweakery.

The only thing which gives me any pause is the gaming performance of the cheaper Intel Core i5 8400. It’s a faster pure gaming CPU and, while that was the case between the 2700X and 8700K, this time it’s the Intel chip that’s the cheaper offering. So, in straight gaming performance terms the 8400 is the better value processor, but that’s only a minor niggle considering all that the Ryzen 5 2600X has got going for it in terms of computational performance and platform longevity.

I’m not suggesting for a second this updated Ryzen offers any tangible reason to upgrade from a 1600X to a Ryzen 5 2600X, but it’s still a fantastic all round chip. And, if you’re in the market for a new processor to build a gaming rig around, there’s almost no reason to pick Intel over AMD any longer.

The 2600X shows that the first-gen Ryzen chips weren't a flash in the pan, with improved gaming performance and more cores and threads than most of your Steam library can cope with.