There are fresh rumours flying around today suggesting that AMD deliberately sacrificed the RX Vega cards as two thirds of the GPU engineering team responsible was allegedly diverted to Navi and the console-based semi-custom unit… against Raja Koduri’s wishes.

So, did those bloody games consoles ruin our chances of getting a genuinely competitive RX Vega gaming card, with Sony and AMD looking to the future, to the horizon, never with a mind on where they were… what they were doing? If true, that might mean the PS5, with its AMD Navi GPU, may be the priority for the Radeon Technologies Group (RTG) now, but here’s hoping that translates into an efficient, competitive, mainstream PC gaming graphics card too.

If you want a new GPU right now these are the best graphics cards you can buy.

That seems quite a stretch given the importance of a new graphics architecture for the entire breadth of AMD’s business, not just to the semi-custom unit. But the allegations in the Forbes report paint a fascinating picture of the final graphics cards that former Radeon chief, Raja Koduri, produced for AMD.

The most interesting part is the suggestion the Navi refocusing was against his express wishes, with a huge part of his engineering team shifted away from finishing the RX Vega designs and onto the semi-custom project for Sony and Navi. 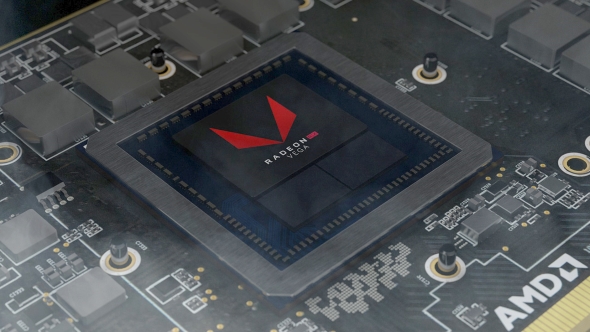 The story alleges that it then “resulted in a final RX Vega product Koduri was displeased with as resources and engineering hours were much lower than anticipated.” In short, it wasn’t Raja’s fault that Vega wasn’t quite what had been hoped for, or indeed promised.

This is a little at odds with the impression given before his departure that Raja Koduri was the figurehead of the Radeon Technologies Group, and his word was law. Potentially he didn’t have complete dominion over the semi-custom group, however, and that might at least explain part of Koduri’s reasoning for leaving AMD and switching sides to work on creating a brand new discrete graphics part for one of its biggest rivals, Intel.

After the battering Intel has been taking from AMD on the CPU front over the last few months, especially last week at Computex, it must be hoping that Raja can do something special for its GPU division. The conspiracy theorists out there might wonder at whether there is some efforts here to shift the blame from Raja over the success, or lack thereof, of the Vega architecture on the gaming front.

But this rumour, wherever it has come from, might go some way to explain why the semi-custom unit has been brought into the RTG since his departure.

“Beforehand, consoles was in a completely different part of the company, our semi-custom unit.” AMD’s Scott Herkelman explained to us at Computex. “We’ve incorporated all that underneath RTG group. So we have the business side covered by Mike [Rayfield], and we have the engineering side covered by David [Wang].”

This alleged refocusing might not be quite as explosive an insight as it might initially seem, however. AMD has long pointed to its leapfrogging design teams, with one team already working on a future architecture while another finishes the current one. This could then simply be a case of part of the engineering team being reallocated from Vega to Navi as development wound down on the last Radeon GPU.

Whether having two thirds of the engineering team shifted away – at what is probably quite a crunch time for a new graphics card – is standard practice for AMD is unknown, especially if that team is being split between two divisions. With the semi-custom unit now folded into the Radeon Technologies Group, however, such tensions might be mitigated going forward.

“We see a huge synergy between the semi-custom business and RTG business,” new Radeon engineering chief, David Wang, told us recently. “Most semi-custom people come to us because of our graphics technology. So I think having these two groups together can actually leverage each other.”

Which is good news… if Sony’s efforts with AMD to help push the design of the upcoming Navi graphics architecture actually results in a quality Radeon graphics card. If it really has been made from its early designs specifically as a scalable part that can fit inside a small form factor machine, and still deliver the goods graphics-wise, then that bodes well for AMD being able to turn it into a worthy successor to the RX 580. Even if it can’t necessarily be configured to counter the likes of Nvidia’s high-end GTX 1180 cards.

Interestingly, the report also goes on to state that Sony will be using the 14nm Zen+ CPU design for the PS5, rather than the AMD Zen 2 processors we thought might be used in a console expected to be launching in 2020/21. The report also states that at no point did its sources mention Microsoft in all this. Will Navi even be part of the prospective Microsoft Scarlett Xbox upgrade?

But as with all things coming from ‘anonymous industry sources’ we have to take all of this with a heavy sodium dose. There is likely to be some truth to it, but fingers crossed it’s just in the potential that Sony’s involvement in the design of AMD’s Navi GPU will be able to deliver us a kick ass mainstream GPU. Here’s hoping.