Update, December 14, 2018: The latest Steam update has introduced a new feature, Shader Pre-Caching, specifically to improve performance for Vulkan and older OpenGL games. It seems Valve are still harbouring hopes for a Linux gaming future, and additional Vulkan-based games coming next year would be a boost.

To make the most of your graphics card you need one of the best gaming monitors around.

The feature was first introduced to the Steam client beta in an early November update. It was specifically built for Vulkan, adding “support for automatically downloading pre-compiled GPU shaders, reducing first loading times and stuttering for Vulkan games running on Windows and Linux.” At the time it was an always-on feature and didn’t work with AMD hardware.

With this final release, however, it now has an on/off check box in the Steam settings and also now plays nicely with current AMD graphics cards.

It is described as allowing “Steam to download pre-compiled GPU shaders matching your system configuration. This allows Vulkan and OpenGL games to load faster and improves framerate stability during gameplay. If enabled, Steam will collect shaders from your system when needed. Enabling this feature may slightly increase disk and bandwidth usage.”

Microsoft’s DirectX 12 also has some form of Shader Pre-Caching, so this looks to be Steam bringing their Vulkan and OpenGL games the same level of support. 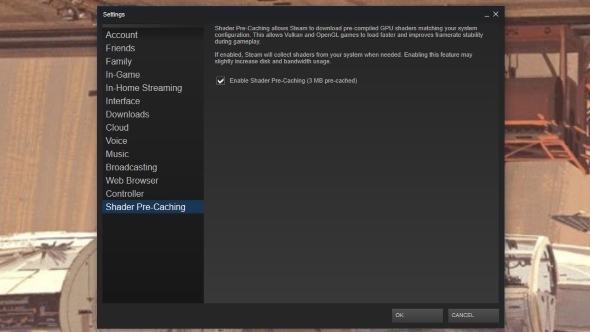 Original story, December 12, 2018: At AMD’s unveiling of their newRadeon Software Adrenalin Editionthey confirmed they’re investing heavily in the success of Vulkan in 2018, meaning there will be a host of games coming in the new year sporting the AMD-favouring API. That could be a hell of a leveller in the great graphics card race.

Vulkan is a close-to-the-metal graphics API successor to OpenGL and was born from the ashes of AMD’s Mantle. Because of that it works beautifully with their Graphics Core Next architecture, most recently used in the AMD Vega GPUs, and is generally where team red can claim some performance wins against Nvidia.

“A lot of new features we’re going to have are going to show Vulkan here,” AMD’s Terry Makedon told us at the Adrenalin reveal. “So we’re going heavy with Vulkan. We’re investing quite a bit with Vulkan this year, and especially next year.”

But Vulkan hasn’t been a particularly favoured API since its launch, with only Doom and Wolfenstein 2: The New Colossus as its poster children. According to AMD, however, that’s set to change in 2018. 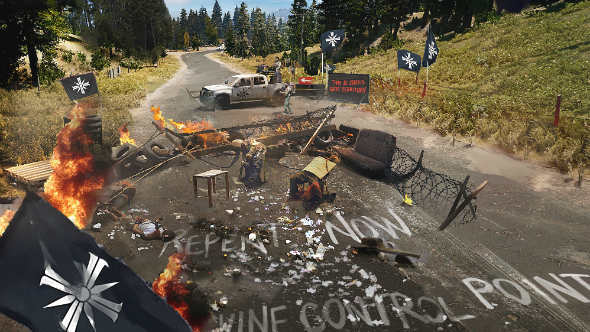 With AMD’s developer and publisher relations giving them insight into what’s happening with the games coming out next year that gives us hope that the number of Vulkan games is going to keep on rising, and potentially on a rather steeper upward trajectory than this year.

AMD have also introduced a new package for Linux with their Radeon Adrenalin software. It’s a combination of closed and open source elements, including AMD’s work on their Linux Vulkan driver. AMD are now working with the Linux community, who created the initial RadV driver, open sourcing the Vulkan stuff their engineers have been doing.

But what games are we going to see sporting the pointy-eared API? We’ve already had the Far Cry devs talking about their work with the Vega graphics architecture, promising an impactful implementation of its Rapid Packed Math(s) feature, so maybe we’ll see the first Far Cry stepping away from the confines of DirectX. We’ve also heard that Cloud Imperium Games have switched development to Vulkan to eschew the need for Windows 10 for Star Citizen and Squadron 42. Could this mean we’ll actually get to see Squadron 42 in 2018? Probably not, but we can hope…

I’ve got a sneaky feeling we might also see Vulkan support appearing with Metro Exodus too, considering the OpenGL work the devs completed in order to get the previous games ported over to Linux.