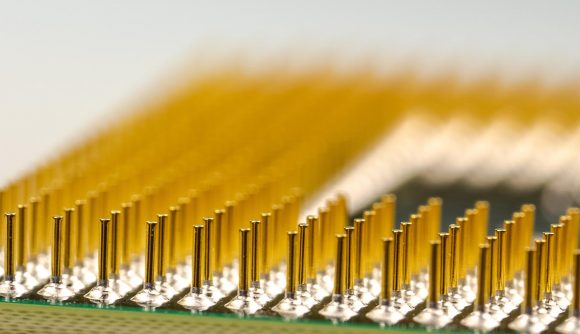 AMD Zen 3 processors are getting a little Linux love ahead of their release later this year, seemingly confirming a significant change from the existing Zen CPU architectures we’ve already seen. AMD CEO, Dr. Lisa Su, confirmed the new Zen 3 CPU architecture was on track for a 2020 launch back at CES, and the Linux code base is now obviously being prepared.

The new Linux patch details support for Family 19h of AMD’s processor silicon, which is widely assumed to be a reference to the Zen 3 family given that the Family 17h refers to the current Zen 2 CPUs and APUs. As such this is definitely not the Linux code base getting prepped for the Ryzen 4000 APUs that have been launched at CES, but the Ryzen 4000 CPUs being launched, likely around Computex.

Confusing? Nah, Ryzen 4000 chips are obviously not the same as Ryzen 4000 chips, that would be stupid. Anyways, the new Linux code doesn’t really give us any extra details about the new Zen 3 microarchitecture, beyond providing a pair of different Family 19h CPU device IDs. And those themselves tell us precious little aside from the fact there are AMD Zen 3 chips being prepped for testing.

The Linux patch was highlighted by serial Twitter leaker, Komachi (via TechSpot), and specifies three different Family 17h devices getting the same support as the two new Family 19h devices. I’m guessing that the 17h chips will be the Ryzen 4000 desktop APUs based on the Zen 2 design which are set to arrive relatively soon.

It is interesting to note, however, that AMD is changing the naming scheme for its new Zen 3 architecture, reinforcing the suggestion that the new processor architecture is far more than just a speedier, more efficient, 7nm+ respin of either the Zen or Zen 2 CPU design. All of the previous Zen processors have been lumped under the Family 17h moniker, both without and within the Linux kernel, which makes the Zen 3 chips appearing under the 19h nomenclature indicative of a brand new design.

For reference all of the Bulldozer-derivative CPUs were classed as Family 15h, which included the equally heavy plant-inspired Steamroller, Piledriver, and Excavator. And what of the Family 18h? That’s reportedly reserved for the short-lived, AMD-supported Chinese server CPU, the Hygon Dhyana.

We had originally expected the final AM4 Zen processor to essentially just be a 7nm+ update to the existing Zen 2 chiplet design, after Mark Papermaster had indicated we ought to expect only modest performance improvements with Zen 3. But Forrest Norrod explained late last year that while Zen 2 “was more of an evolution of the Zen microarchitecture that powers first-gen EPYC CPUs – Zen 3 will be based on a completely new architecture.”

And with further reports suggesting a Zen 3 will offer a double-digit IPC performance increase everything is pointing to a Ryzen 4000 processor generation that will surpass what Intel is able to ship on its existing 14nm+++++++++ desktop chips.