The new AMD Vega graphics cards are only a couple weeks away from launch now. The reason they’ve been a little longer than expected is to make sure AMD actually have cards to sell to gamers.

AMD have been nailing the CPU side of PC world, but you’re going to need the best AMD gaming motherboards to go with your shiny new Ryzen processor.

In a short, exclusive interview with HardOCP, AMD’s Chris Hook has been speaking about the reasons behind the delayed Vega launch and whether you’re going to be able to get your hands on an RX Vega before the cryptocurrency miners snap them all up. It’s all about stock.

“Part of the reason it’s taken us a little longer to launch Vega, and I’ll be honest about that,” Hook says, “is that we wanted to make sure we were launching with good volume.”

There were plenty of rumours back in spring that AMD were only likely to be able to do little more than a paper launch for the RX Vega cards, with only a reported 16,000 cards available in the global launch. At the time I said it made sense for them to delay until they had stock, and it seems – at least from what Chris Hook is saying – that’s exactly what AMD have done.

But it’s not just about ensuring the Vega release day doesn’t look like a paper launch; they need to make sure Radeon gamers are actually able to pick up a card ahead of those purely looking for the next crypto-mining card. After all, there’s barely any Polaris-based AMD cards available outside of eBay right now because of them.

There is also speculation that the slightly bizarre Vega GPU ‘bundles’, the Radeon Packs, are a measure designed to ringfence a number of the cards specifically against the mining community. The Radeon Packs cost $100 extra, compared to the standalone card price, but they net you up to $300 off some high-end PC hardware, as well as a couple of games.

AMD are gambling that people are looking for a big upgrade right now.

“We believe that there are many gamers out there who are in need of a system-wide upgrade,” AMD told me this morning. “They want a VR-capable, high resolution, high refresh monitor, and a performant, enthusiast-class CPU and motherboard combination for a truly high-end gaming platform. This is the perfect time to leave those older 1080p monitors behind and join in on a buttery-smooth, ultrawide gaming journey, playing all the latest and future games in their fullest glory.”

The miners, it is suggested, are going to go for the standalone option while AMD will have the gamers covered with the Radeon Packs… for a $100 premium. 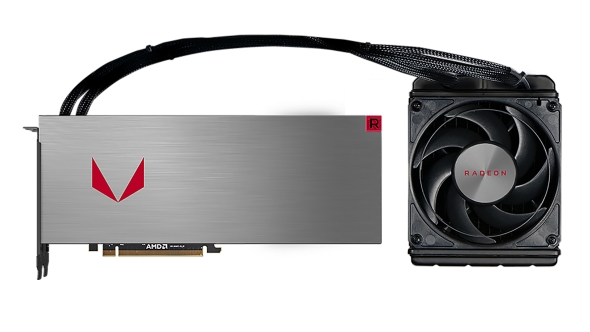 There’s also a little confusion as to whether the limited edition AMD Radeon RX Vega 64 with the brushed metal shroud is going to be available outside of the Radeon Black Pack. It certainly seems like, from some of the AMD communication, that the standalone purchasers will only get the basic plastic shroud. And you might not even be able to buy the liquid-chilled version without the Radeon Aquaman Pack either.

But, as of right now, we’re still waiting for AMD to get back to us on those queries.