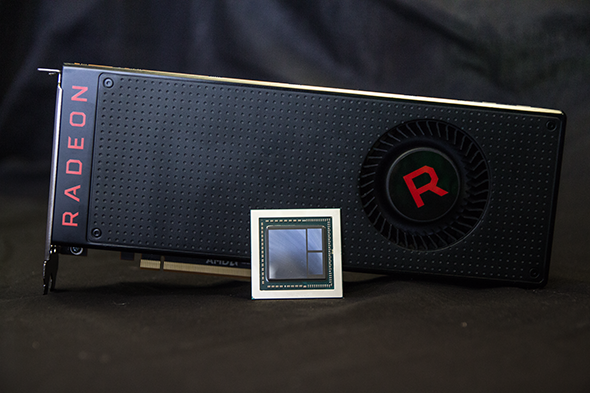 If you wanted to bag yourself an AMD RX Vega card, without the recent wallet-crippling mark-up, then they’re back in stock in the UK. Fudzilla’s Fudo, however, say that at AMD’s suggested price (SEP) they’re losing more than $100 on each card you buy. Why would you do that to AMD, why?

Screens and GPUs go hand-in-hand, so make sure you pick from the best gaming monitors for your setup.

Over at Scan you can grab the AMD Radeon RX Vega 64, in MSI trim, for £470 and at Overclockers the Sapphire version is on sale at the same price. The slightly lower-spec Vega 56 card can be picked up for £390 too.

These cards are currently in stock at the time of writing, but that price is only available on those few SKUs. The rest of the Radeon RX Vega line is still retailing for way more, with the cheapest RX Vega 56 costing more than the £470 Vega 64. This is likely AMD’s efforts to work with partners to get the pricing down on select cards, and increase the volume out there in the market.

Sadly, things are still no better in the US, with the cheapest RX Vega 64 cards retailing for around $700 on Amazon and Newegg, with the Vega 56 sitting at the top card’s suggested etail price of $500.

So yeah, the Vega pricing is still a terrible mess, with super expensive versions still doing the rounds. But it seems like that might be the only way for AMD to actually make any money out of their initial Vega release.

It sounds like the consumer-facing RX Vega cards are essentially loss-leaders, with each card being sold at their own SEP costing AMD upwards of $100. It’s not as foolish as it might initially sound, however, as AMD are banking on the fact that manufacturing costs will fall as time moves on.

That’s a given for most technology launches, but the difference here is that a big part of the pricing issues for AMD is the fact the HBM2 memory they’re using with Vega is a new, expensive component they have no control over. With other HBM2 suppliers set to come into the market, however, that will drive the price of the memory down, as will increased supply from the Hynix fabs.