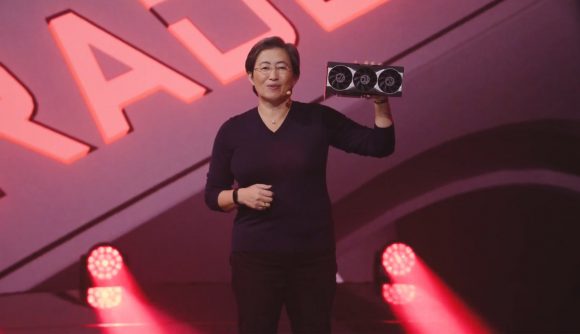 Stock issues affecting the availability of AMD and Nvidia’s best graphics cards are just as bad as they were at the start of the year, while inflated price tags still affect the GPUs that you can find in stock. Back in January, AMD’s CEO Lisa Su indicated that availability of the company’s best gaming CPUs and GPUs could be on the up by July. It looks like Su still has a positive outlook on the situation, as she’s predicted that chip supply should see an improvement throughout the rest of 2021 in a new Bloomberg interview.

In stark contrast to another report that predicts the chip shortage could rage on for another year, Su says that it’s “not a disaster”, and that the current situation is just an “example of the periodic imbalances between supply and demand in the semiconductor market”.

Su also notes it “does take a while for the supply and demand imbalance to balance itself out”, but the shortage should eventually be under control as AMD is “very much working together” with industry partners.

Whether this situation will come true, we’ll have to wait and see. The availability of AMD’s Ryzen 5000 CPUs has improved in the months after Su’s January statement, so it’s probably not too much to hope that we’d see graphics cards follow suit, too.