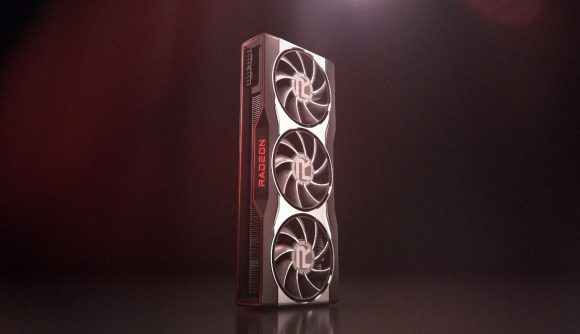 AMD’s FidelityFX Super Resolution is finally here to help you boost fps on its Radeon GPUs ranging back to the RX 400 series and on Nvidia’s GTX and RTX graphics cards. As expected, AMD’s focusing on a small pool of games like Godfall and The Riftbreaker to debut its upscaling feature, but it already seems like a better first attempt than Nvidia’s first-generation of DLSS – it wasn’t always the powerhouse it is today, launching with one game and poor quality.

FSR appears as a brand new setting buried in the menu of supported games, offering four different options to flick between, from ‘ultra quality’ to ‘performance’. The former aims to increase performance with no discernible difference to image quality using a 1.3x scale factor, while the latter keeps frame rates the top priority with a scale factor of 2x.

The biggest gain AMD boasts in its internal benchmarks is an impressive 181% frame rate increase in The Riftbreaker at 4K resolution and with ray tracing switched on. This test leveraged the power of the RX 6700 XT, though, so we’ll have to wait to see what kind of improvements older AMD or Nvidia graphics cards can achieve.

The performance setting results in the biggest hit to image quality compared to other modes, however, removing some of the finer details at lower resolutions. 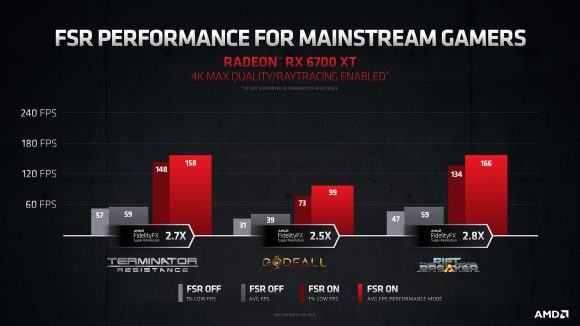 While there are only seven games supporting the tech right now, you can expect that number to rise fast. There are over 40 developers partnering up with AMD to support FidelityFX Super Resolution in future titles.