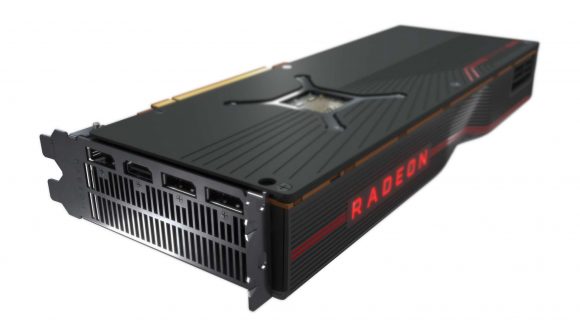 The AMD Navi GPU architecture seems to have VirtualLink support baked into its design, despite the reference RX 5700 graphics cards not including it at launch. That’s leading to speculation that there could be Radeon RX 5700 XT VR editions launching later, potentially from the third-party graphics card manufacturers, such as Sapphire, Asus, and XFX.

VirtualLink is an alternate USB-C based mode, which is being implemented to provide the power, data, and video streams to virtual reality headsets via just a single cable. You know, that whole ‘one cable to rule them all’ kinda thing us PC nerds love so well. The VirtualLink Consortium is led by the great and the good of PC VR hardware, and AMD is part of the group, alongside Valve, Nvidia, Oculus, Vive, and Microsoft.

Though it’s maybe indicative of the lessening importance placed on the open connection standard that neither AMD or Valve has chosen to provide initial support for the VirtualLink port for their latest hardware releases. The reference RX 5700-series graphics cards don’t carry the connection, and the upcoming Valve Index headset still relies on standard DisplayPort, USB, and wall-power connectors for all its needs.

But just because there isn’t a specific port on the reference models of the new Navi-based AMD Radeon RX 5700 XT and RX 5700, that doesn’t mean future third-party cards won’t be able to make their own choices about what inputs they stick on their I/O plates.

Just before the AMD E3 Next Horizon Gaming event at the start of the week Twitter analyst, Komachi, posted a PCI-ID which seemed to suggest that there was VirtualLink support within Navi.

Yeah. I don't know if it is supported by the reference card, but the GPU supports it.

But with nothing on either of the reference cards it looks like AMD’s interest in the open standard connection has waned, potentially leaving it up to the board partners to make the decision on whether or not to include it on their cards. It ought not be too difficult to implement given that it should be pretty similar to the DisplayPort ecosystem.

There are specific parts of Navi’s RDNA architecture which help with virtual reality performance, with the enhanced Asynchronous Compute capabilities in there “enabling smooth VR” performance. 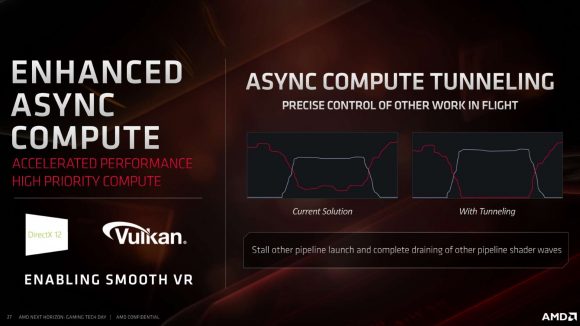 At the moment, however, only Nvidia’s RTX cards are shipping with the VirtualLink connection, and some of the third-party versions of Turing don’t even carry it themselves. There is also the fact that there are, at the last count, precisely ZERO virtual reality headsets that support the standard in full. Sure, you can get some USB-C to HDMI adapters that allow you to get the visuals through it and into the Oculus Rift, but that’s not exactly using the full ‘Port of Power’ functionality. 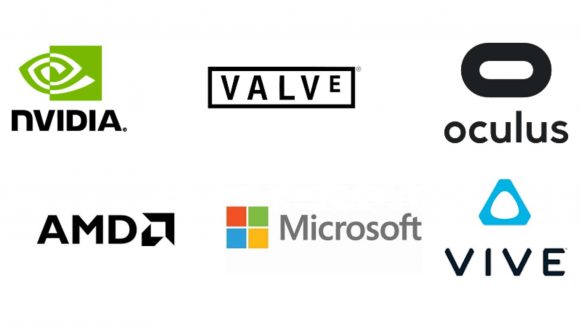 And, even though Valve has said of its involvement with VirtualLink that it hopes “to see the results of this collaboration enhance the user experience and extend the possibilities for all developers and hardware manufacturers,” it hasn’t actually provided support with its own VR headset, the Valve Index.

Things really don’t look great for VirtualLink now, do they?