If you thought the imminent arrival of AMD’s Navi GPUs would herald the end for the continual rebranding of the Polaris range of graphics cards then you might have been a touch premature. Dig through the INF files of any recent AMD Adrenalin driver package and you’ll find multiple references to the unreleased Radeon 600-series of graphics silicon.

And before you get too excited about the potential implications of the new nomenclature possibly indicating the first flush of genuinely new AMD graphics cards, the low-level nature of the GPUs supported by the driver software precludes them being the vanguard for Navi. Rather, as they’re showing the same device IDs as existing, low-end Polaris GPUs we can be pretty sure the Radeon 620, Radeon 625, Radeon 630, and Radeon RX 640 are simply rebadged versions of existing hardware.

It’s likely that these are OEM rebrands of the existing Polaris GPUs for laptop makers to drop into their low-spec machines to make them sound as though they have brand new graphics silicon in them. They could even simply be the new names given to some rebranded weakheart Apple Mac graphics silicon so that the polo neck brigade can feel special with their own bespoke GPUs.

But there is also the possibility that the Radeon RX 600-series nomenclature is indicative of a whole new generation of graphics cards, where the low-end options retain the classic 14nm, or even 12nm, Polaris architecture, while the higher-spec cards get the new 7nm Navi silicon.

Top spec: These are the best graphics cards around today

Your Radeon RX 640 would then see the Navi-based Radeon RX 680 and RX 670 sitting above it in the tech tree, sporting a different architecture but sharing the same naming scheme. That’s how AMD has historically built its GPU stacks; where the original 400-series generation, which introduced the 14nm Polaris-powered RX 480, also had 28nm Islands GPUs as its entry level options. 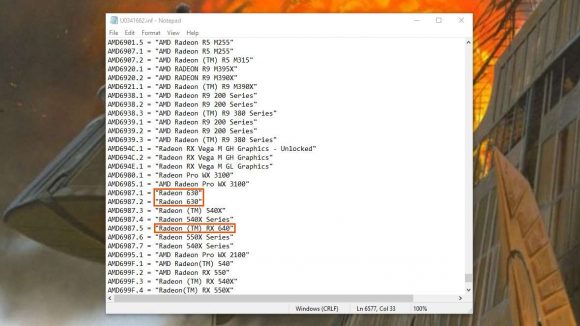 That does, however, fly in the face of the rumoured RX 3000-series branding which has been put forward as the naming scheme for the next-gen Navi GPUs releasing before the end of September. Though, as Nvidia has shown bifurcating the nomenclature of its current Turing generation of graphics cards, it’s not beyond the realms of possibility that AMD might have both the 600- and 3000-series co-existing with different underlying GPU designs. 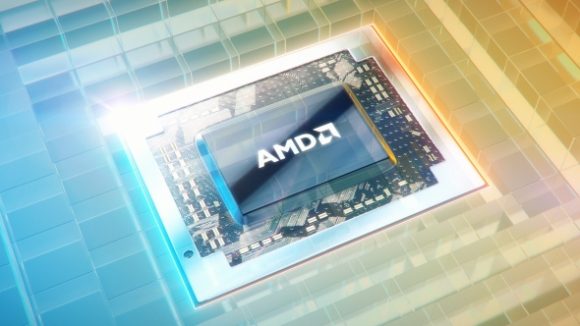 While the RX 640 et al have only recently been brought to our attention via a TechPowerUp forum member digging into the latest Adrenalin drivers, the same Radeon 600-series entries have been in multiple driver releases at least since the start of this year. Whether AMD has been hiding the name of its new generation of mainstream graphics cards in plain sight all this time is debatable, so it may yet have zero relevance to the upcoming AMD Navi GPUs on their way soon.