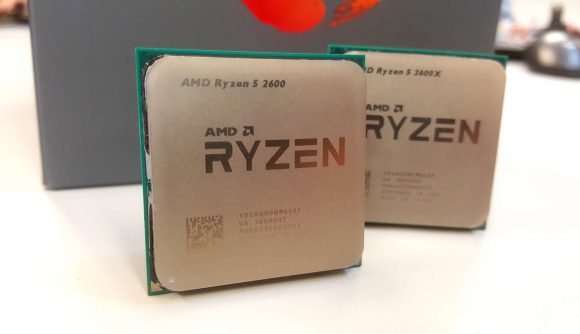 So far, AMD only offers its Zen 3 APUs inside prebuilt PCs, but not for much longer. The red team is finally making its Vega-infused processors available for purchase on their own starting August 5, with the Ryzen 7 5700G and Ryzen 5 5600G listed at MSRPs of $359 and $259 respectively.

The Ryzen 7 5700G in particular looks like it could rival the best gaming CPU once it hits the market, with an eight core, sixteen thread design running at a base frequency of 3.8GHz and a single core boost up to 4.6GHz. Paired with integrated graphics, it looks like it could even power the best gaming PC until you get your hands on a dedicated GPU when stock issues finally come to an end.

Both models forgo the latest RDNA 2 graphics architecture found in AMD’s best graphics card, instead opting for the last generation’s Vega series. Even so, 1080p gaming performance of the Ryzen 7 5700G and Ryzen 5 5600G inside prebuilt rigs is pretty impressive, meaning these chips could be great options for the best cheap gaming PC.

We expect to see the impressive RDNA architecture find itself inside APUs when the Zen 4 lineup arrives in late 2022. Hopefully, GPU availability should ease by then.