Building the best cheap gaming PC arguably takes more techie smarts than simply putting together a super high-end rig. It’s all about compromises and knowing where you can make concessions to price without necessarily tanking gaming performance, and that’s a lot harder than just picking the most expensive silicon and jamming it all into one PC.

Let’s be honest for a second, PC gaming is not the cheapest hobby, but that doesn’t necessarily mean it’s impossible to create a cheap gaming PC that can run modern games. Okay, you won’t be able to pack the latest and greatest hardware into your chassis, as we have in our guide to the best gaming PC builds, but there is some fantastic last-gen kit still available for a great price that you’d be proud to display on the best gaming desk.

That’s what’s allowed us to put together this high-quality, low-cost cheap gaming PC that’s still able to fling frames around without a care and nail 1080p gaming in the best PC games. While you’ll probably be paying more than $600 when buying an over-inflated GPU, the other components make the perfect basis for a cheap PC, when stock issues are resolved.

In our cheap gaming PC build we’ve gone for a four-core, eight-thread Ryzen 3 3300X. This processor made our best gaming CPU list as the best budget option, and is a solid CPU delivering excellent gaming performance at a bargain price.

For the graphics card, we’ve gone for an AMD RX 5500 XT, in particular the 8GB variant rather than the 4GB for just a $30 dollar increase – the 4GB version will struggle in 2020 titles like Watch Dogs: Legion. 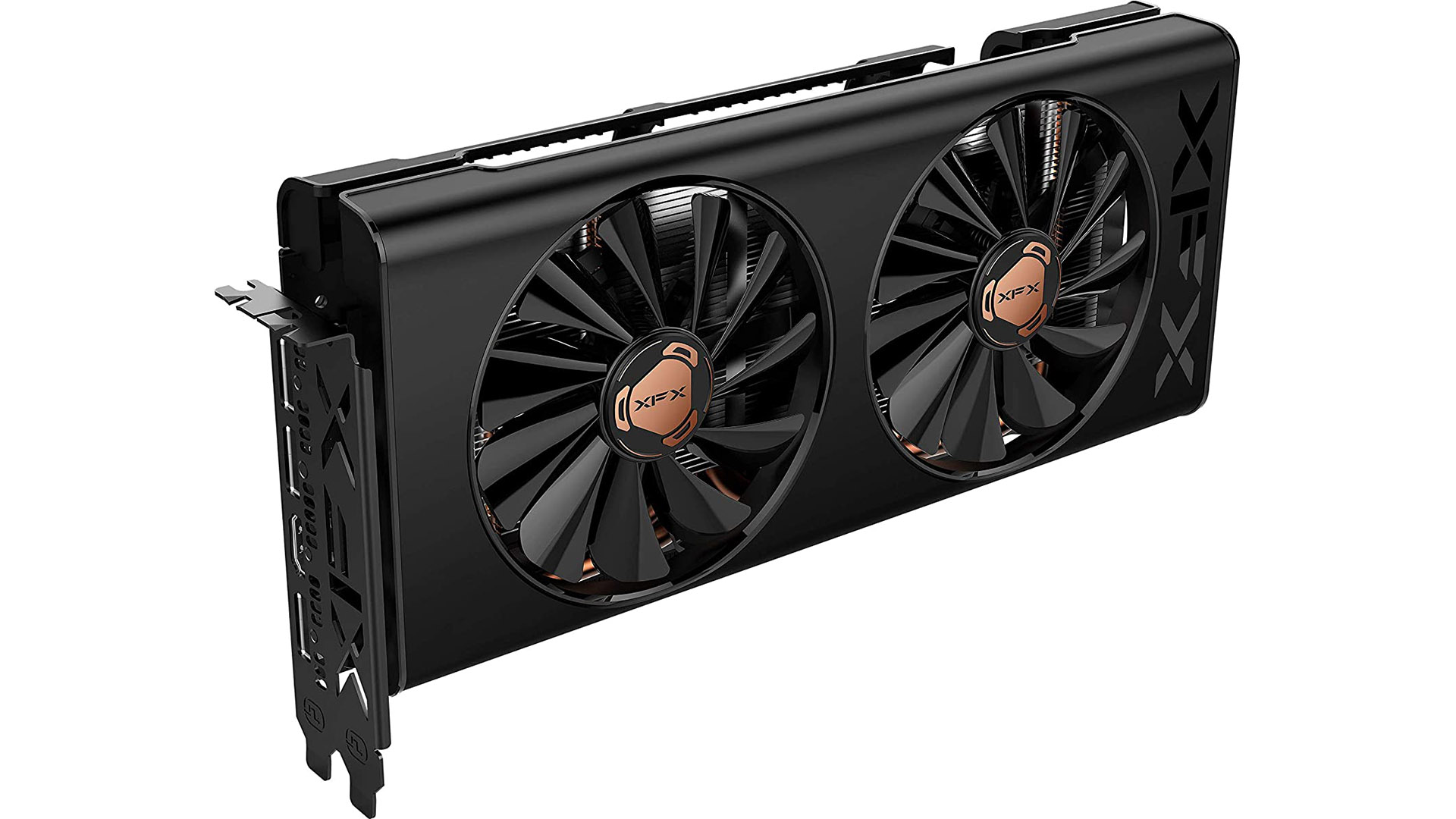 Cores: 4 | Threads: 8 | Max boost: 4.3GHz
This previous-gen Ryzen 3000 CPU’s still got the goods when it comes to gaming performance, and will power through general productivity tasks too. It already comes with its own Wraith Stealth cooler, which should do the trick just fine, but getting the best CPU cooler on a budget’s always a worthwhile consideration.

Chipset: B450 | Socket: AM4
The smaller-scale Gigabyte B450 board is a great-value option, and made it into our best gaming motherboard guide for the budget category. With that Micro-ATX form factor you’re only really sacrificing the needless potential for multi-GPU support. It even has the headroom to support a Ryzen 5000 CPU if you decide to upgrade – all you need to do is perform a BIOS update to unlock it.

Kit: 2x 4GB | Speed: 2400MHz
It’s not quite the best gaming RAM and it doesn’t have RGB lighting, but Crucial offers no frills memory to save money, and its dual channel configuration rather than a single stick of 8GB improves performance.

Socket: SATA | RPM: 7,200
At this level it’s tough to finance the installation of an SSD with enough space to act as a boot drive and have enough space for games. So an HDD is a necessary evil here, unless you want to stretch another $60 / £60 for the best SSD for gaming.

GPU: Navi 14 | Cores: 1,408
This last-gen GPU from AMD is one of the best graphics cards you can get for 1080p gaming, and in older less demanding titles you’ll be able to hit 144Hz refresh rates too.

Capacity: 450W | Modular: No
This 450W PSU gives you room to grow in terms of both CPU and GPU, but you’re necessarily sacrificing the modular design to hit this lower pricepoint. That just means it’ll take a little bit of elbow grease to manage cables, but it’s not impossible with a spacious case.

Windowed: Yes | Support: ATX
Corsair makes some gorgeous chasses, but the Carbide 100R is the best PC case for those on a budget. It’s simple and no frills chassis, but is just as solid as premium alternatives. 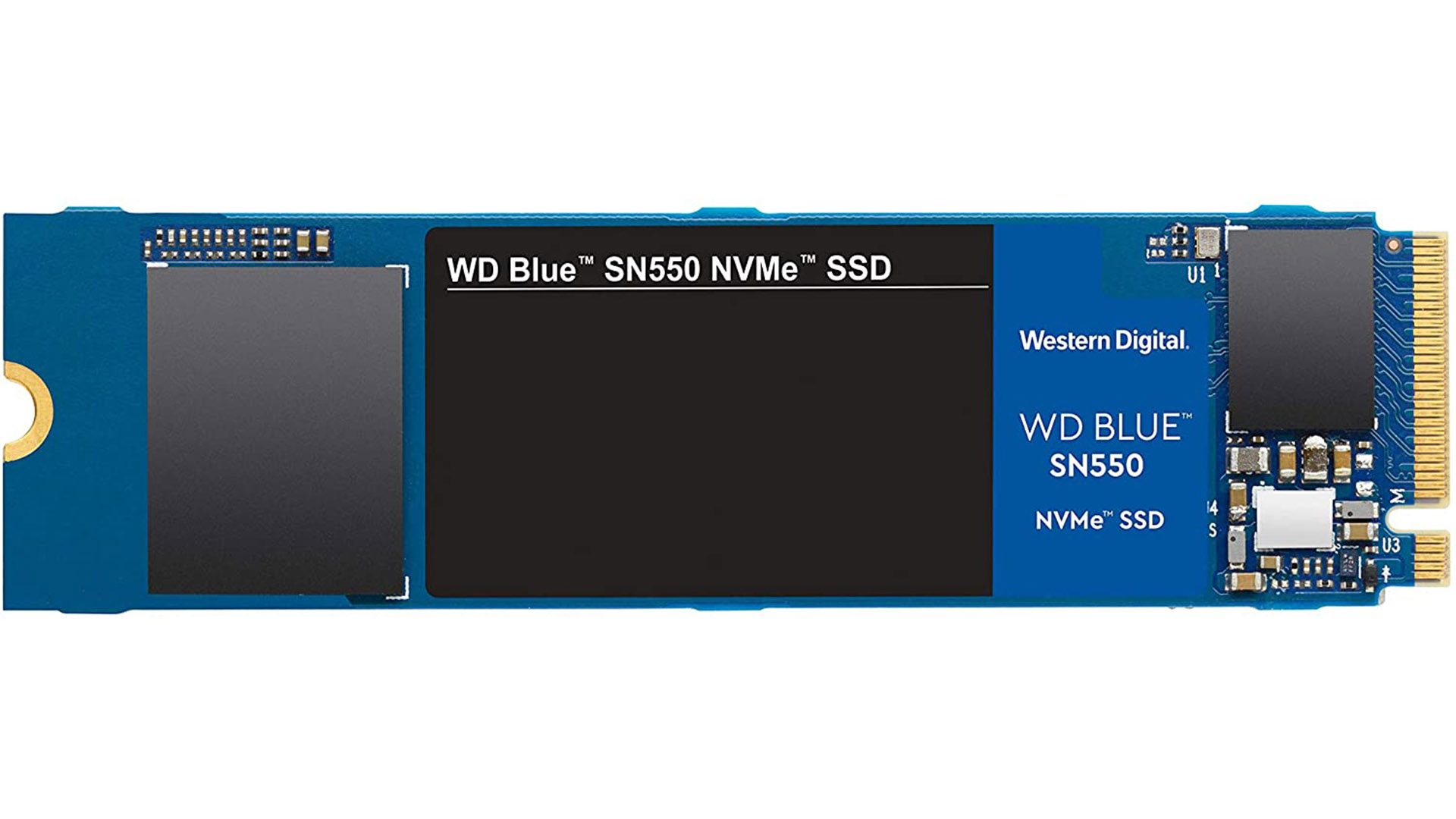 If you’ve got a bit of spare cash, there are a few changes you can make to this build to make it even better.

Socket: NVMe | Speed: 2,400 MB/S
For an extra $60 or so, instead of a 1TB hard drive you can go for a 1TB NVMe SSD with read / write speeds over 15x faster. It takes mere minutes to learn how to install the SSD and your PC will thank you for it.

No setup is truly complete without a good set of peripherals, whether it’s the wrapping best gaming headset on a budget around your ears, grabbing the best gaming mouse at a discount, or putting your fingertips to the best gaming keyboard for those hunting for a good bargain. Who knows, if you’re thrifty enough, you might just have enough money left over for the best computer speakers. 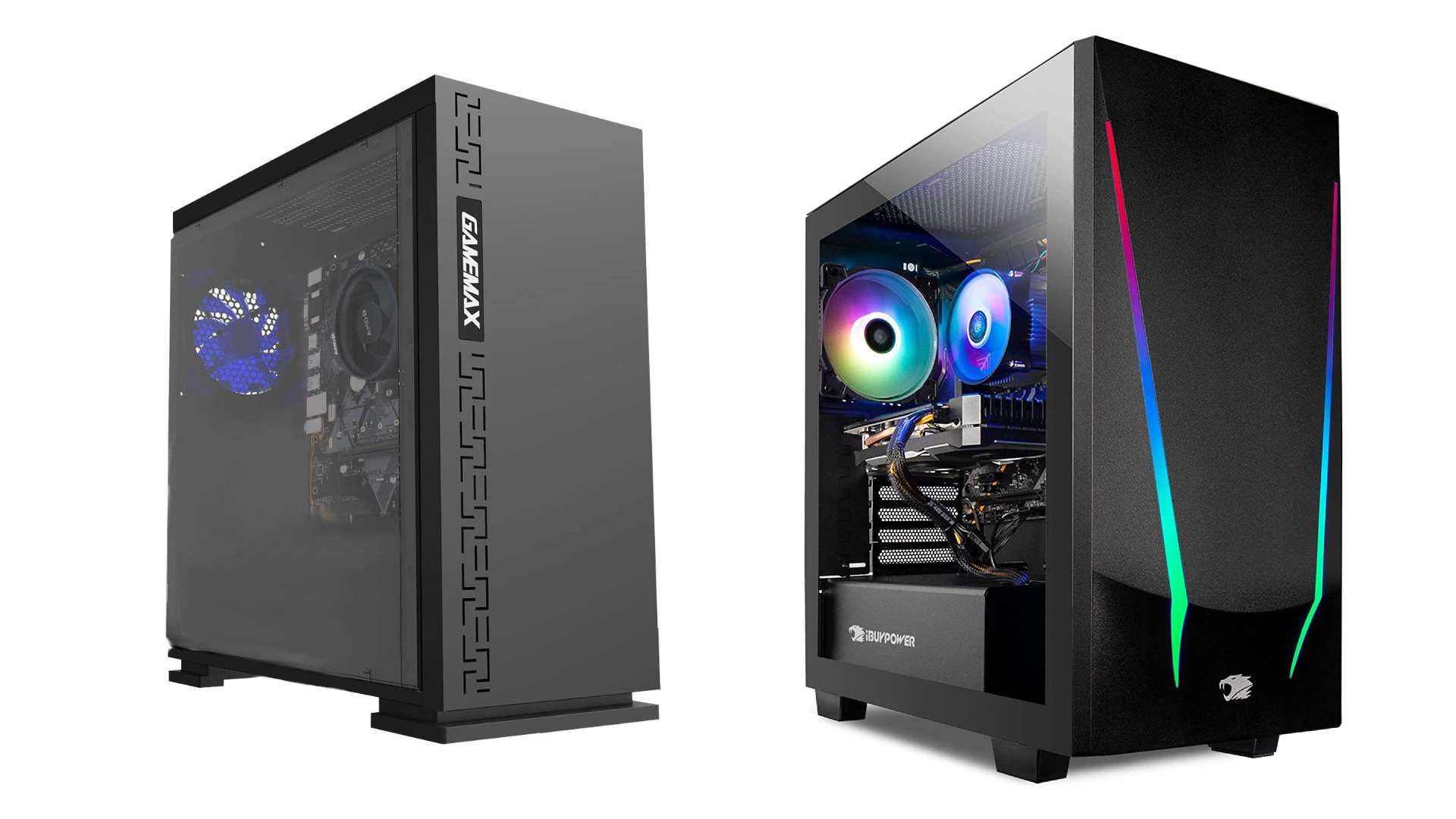 Want the convenience of a prebuilt PC so you can avoid having to learn how to install a graphics card or how to install a power supply, but still don’t want to break the bank? You can pick up some pretty similarly-specced prebuilt rigs for only an extra $100 / £150 or so. Both the US and UK PCs listed here have the same RX 5500 XT graphics card and 8GB of RAM from our build, along with AMD’s better 12-threaded Ryzen 5 3600 chip – perfect for gaming and productivity tasks.

If you’re in the US, you can pick up an Ibuypower prebuilt for $749. As well as the specs above, it comes with a 240GB SSD for its storage. Windows 10 comes preinstalled, so there’s no need to worry about fishing out any more for a Windows 10 key.

UK customers can grab Palicomp’s prebuilt PC for £769. This comes with a 1TB hard drive for storage, and Windows 10 preinstalled. You can save £60 if you already have a Windows 10 key lying around and are willing to install it yourself, which is a simple task. As a bonus, the processor is chilled by the best AIO cooler, too, so you can learn how to overclock your CPU to get even more power out of it.