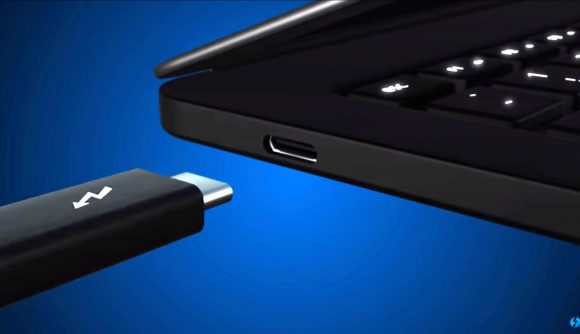 Which lucky board gets Intel’s Thunderbolt 3 seal of approval? That would be ASRock’s X570 Phantom Gaming ITX/TB3 Mini-ITX (via Tom’s Hardware). A few months ago this little guy helped us build the most powerful mini AMD gaming PC, and it was pretty impressive, so we’re happy it’s now Intel-certified. Good for you, buddy!

Of course, some of the best AMD motherboards for gaming have had Thunderbolt connectivity in the past, but this time it’s certified by its originator. Perhaps this gesture is the figurative olive branch that will finally bring the red and blue team together, away from each other’s throats… or maybe not.

It’s taken a long time for an AMD board to become Intel-certified. Last year Intel handed over its Thunderbolt 3 specifications to the USB Implementers Forum (USB-IF) and allowed the industry to freely adopt its standard. Before this, if you wanted to utilise the Thunderbolt standard you had to pay for its microcontroller silicon. 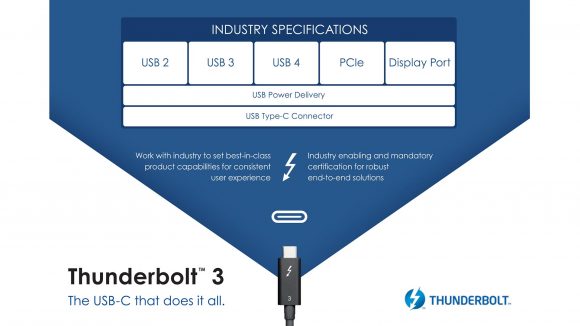 Now that manufacturers can freely produce Thunderbolt microcontrollers, there is still a one-time fee that’s required for you to become Intel-certified (the amount for which is undisclosed). ASRock clearly thought this fee was reasonable, however, and now its mini-ITX X570 has another sticker to put next to its PCIe 4.0 and NVMe M.2. ones.

Thunderbolt 3’s max throughput of 40GB/s is double that of USB 3.2, and four times USB 3.1. That’s pretty damn fast. It’s also bi-directional and provides the ability to daisy-chain up to six devices. This means you can plug your Thunderbolt 3 laptop into a docking station and connect to, or power, multiple devices from the one cable. Thunderbolt 3, in all its glory, is also going to be used in the upcoming USB4 standard. It’s been a slow road to open Thunderbolt adoption, but it seems like we’re getting there, and it looks like Intel isn’t so held up over it any more.