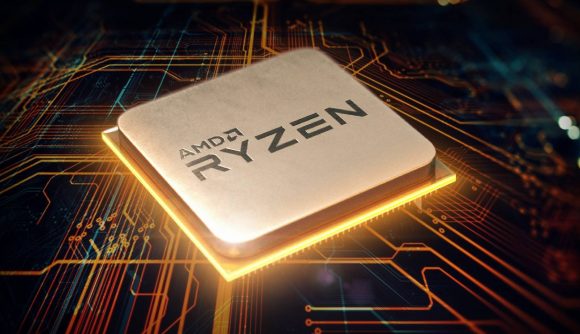 Intel’s Alder Lake lineup is off to a strong start, and even its budget Core i3 models could pack a surprising gaming PC punch. While the blue team has undoubtedly given AMD a reason to sweat, it’s also seemingly gearing up to fight for the CPU crown, as a leaked benchmark could hint that a DDR5 compatible Zen 4 offering is in the works.

While the BAPCo results page says the unmarked component is a desktop chip, the tested system’s M3402RA model number bears resemblance to the company’s Vivobook Pro OLED laptops. This means we could be looking at an AMD Rembrandt Zen 3+ APU, as previous rumours suggest the red team’s mobile offering will also support DDR5.

As things stand, AMD hasn’t officially announced any plans for a Zen 3+ APU or Zen 4 chip with DDR5 RAM support, so it’s best to take any rumours related to the CPU lineup with a grain of salt.

That said, CES is just around the corner, and the red team likely has something CPU related up its sleeve. According to insider Greymon55, AMD could reveal new Ryzen processors and Radeon graphics card on the same day as Intel’s press conference, meaning we could be in for a hectic day of announcements on January 4.