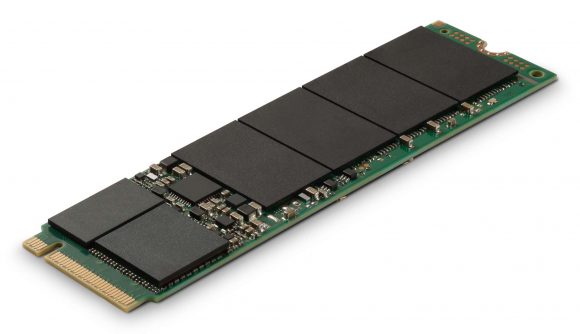 May 21, 2019 Updated to include a video of the performance of the PS5’s new storage.

Technical details about Sony’s next-gen PS5 console have been dribbling out for a while. But, while most have centred around the AMD Ryzen-powered APU, and Navi GPU at its heart, a briefing with Sony’s Mark Cerny delivered some potentially surprising info about the storage being built into the Playstation 5. He claimed that it’s not just any SSD, but an SSD with higher potential bandwidth than anything the humble PC can currently manage.

The original information about the PS5’s new speedy SSD storage came out just over a month ago, but Sony has since presented the same demonstration to gathered press in the US. The demo shows the PlayStation 4 Pro up against the next-generation console development platform and the performance difference is stark. The tweeted video can be seen below…

We already know that the PS5 is going to ship with AMD as the silicon brains of the operation, potentially with a Zen 2 CPU component and 7nm AMD Navi graphics part. Indeed the reported Gonzalo APU has been leaked via select product codes and the technological details that they infer.

The custom Navi GPU Sony is using is also confirmed to be powering the ray tracing performance of the new PlayStation console, and not just for the visuals either. Cerny also suggests that audio ray tracing can be used for detailed, positional sound in games too.

Read more: The best SSDs for gaming on PC

Given that the PS5 APU will likely have AMD’s TrueAudio silicon baked into the design, the custom audio processing should help with that. Even if the mid-range Navi GPU itself might struggle to really nail the sort of demanding real-time ray tracing that is bringing anything outside of Nvidia’s RTX cards to their knees. Though a good deal of those RTX cards struggle too… 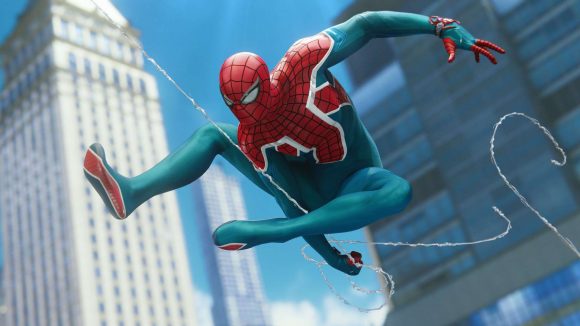 But it’s Mark Cerny’s comments in the new Wired article about the SSD performance of the new PlayStation 5 that is the most interesting thing to come out of the piece. He calls the PS5’s solid state drive “the key to the next generation.”

That’s quite a claim, and one seemingly borne out by a side-by-side demo of a PS4 Pro and an early ‘low-speed’ devkit device with an SSD inside it. Cerny demonstrates the improved load times using Spider-Man’s fast-travelling system – on the PS4 Pro it takes 15 seconds to load into the new area, while on the devkit it takes just 0.8 seconds.

Cerny also demonstrates the benefits of an SSD when it comes to loading in the visuals of a new area on something like the expansive open world of Spider-Man. Well, as expansive as the Manhattan cityscape can be, anyways.

The Wired piece says Sony hasn’t given any technical details about the SSD itself, such as who makes the controller or NAND flash memory, or even whether it’s using the PCIe 4.0 interface, but does say that “it has a raw bandwidth higher than any SSD available for PCs.”

“The raw read speed is important,” says Cerny, “but so are the details of the I/O mechanisms and the software stack that we put on top of them. I got a PlayStation 4 Pro and then I put in a SSD that cost as much as the PlayStation 4 Pro—it might be one-third faster.” 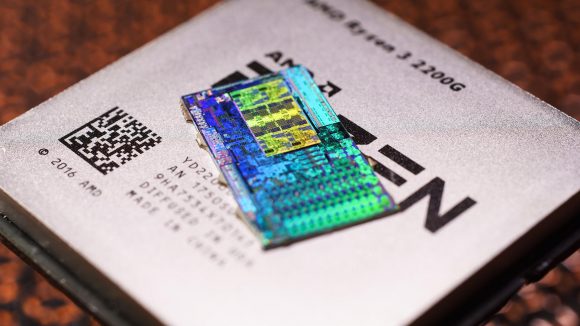 So it’s not just a question of simply slapping an SSD into the system, Sony is claiming that it, presumably alongside AMD, has developed the input/output system to offer something over and above what you’d get from simply dropping some NAND flash into a console.

Given that the next generation of AMD Ryzen 3000 CPUs, and the upcoming Navi GPUs, are expected to both be operating on the PCIe 4.0 interface those claims of Sony’s PS5 SSD offering greater raw bandwidth than anything on the PC at the moment make sense. Realistically that’s likely only to be a claim it can make until AMD does launch the new CPUs and accompanying X570 motherboards with their PCIe 4.0 support.

The new PCIe interface offers twice the theoretical bandwidth of PCIe 4.0, so the PC won’t be left behind when it comes to raw performance. 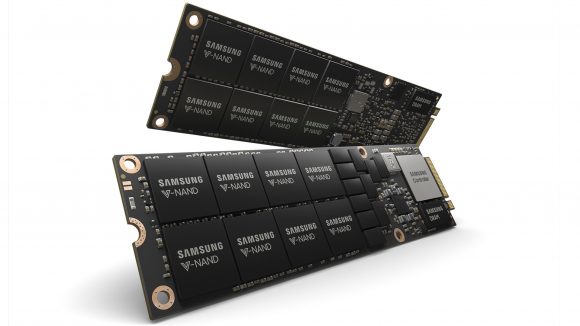 What might impact it, however, is the fact that PS5 developers will be able to rely on a certain level of storage performance from their hardware. A level of performance that they won’t have experienced on consoles before, and cannot rely on when it comes to PC game development either.

That could end up in some incredibly rich, detailed, vast gameworlds, all without any loading screens breaking that sense of immersion. When you’ve still got some PC gamers still running from anachronistic spinning data platters that’s not necessarily something that could be matched by default on any subsequent PC port.

That, more than anything the PS5’s AMD GPU or CPU performance can offer, could make the next-gen console’s games more advanced than your standard PC gaming fare.