Ubisoft’s flagship economic management game Anno 1800 is still going strong, so much so that the studio have revealed they will be running a third season of expansion content in 2021. Part of this is definitely down to the game’s modding community. Anno 1800 mods may not be as prolific as other mod scenes, but there’s plenty of user generated content to check if you’re looking to spice up your game.

Anno 1800 is one of Ubisoft’s more recent titles, and it’s one that’s kept pretty much exclusively on Ubisoft’s Uplay platform (now known as Ubisoft Connect). You can find it to purchase in other places, like the Epic Games Store, but you still need Connect to launch the game. Crucially, Anno 1800 isn’t on Steam, so it can’t benefit from something like Steam Workshop.

All of the mods below have been pulled from Nexus Mods. You can check out the full library here (sorted by ‘most popular of all time’), but we’ve taken a sample selection of mods to show off the different ways you can alter your game.

You have to go a little ‘old school’ in order to install mods for Anno 1800. All of the mods listed below will come with specific installation instructions, and typically most (if not all) of them will require this mod loader tool created by a member of the community. To install it, do the following:

As a general rule of thumb, any mods will need to be placed into the ‘mods’ folder, but make sure you read any specific install instructions. 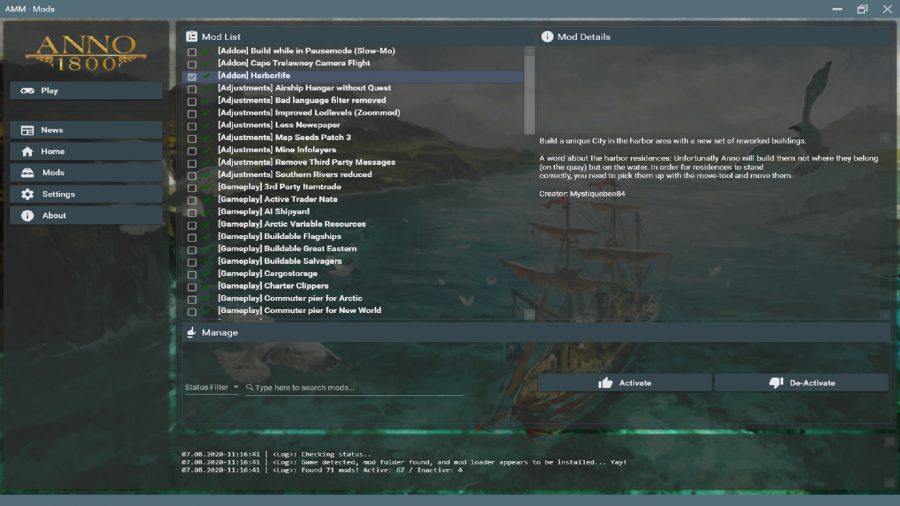 This is a utility mod that uses the mod loader mentioned above and offers a bit of extra functionality. It’s not a mods list without a mod manager, especially for games that don’t use Steam Workshop like this one. This tool acts as a standalone launcher, capable of launching the game itself, managing mod directory creation, loader files and allows for the activation/deactivation of individual mods.

What it can’t do (currently) is download or install mods for you, although apparently that functionality is being worked on. You’ll still need to follow individual mod instructions in terms of installation, but once in place you can use this tool to manage whether they are activated or not. 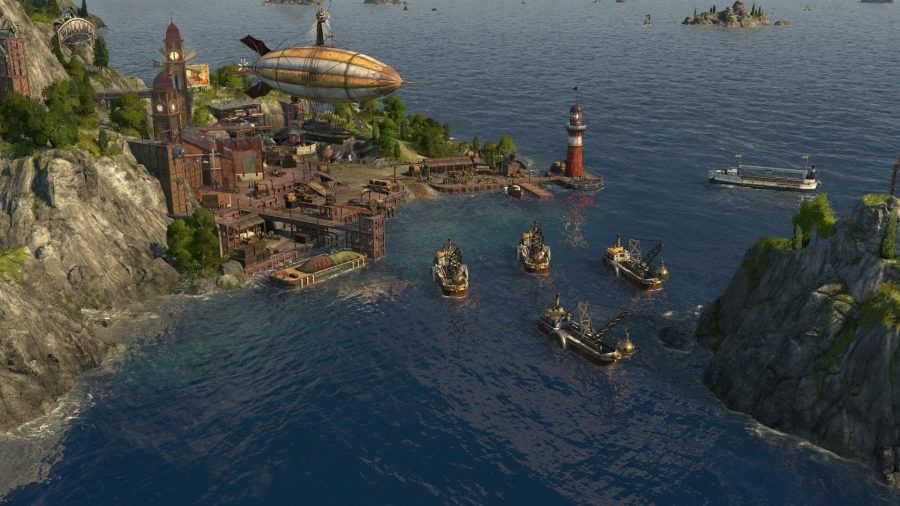 This mod can best be described as a collection, pulling together various quality of life changes, gameplay tweaks and other add-ons to ‘spice’ up Anno 1800 in a way that makes the game feel fresh, but doesn’t stray into the realm of changes that make things easier. Additions include everything from a sandbox mode, to a range of ornamental mods, to crazy stuff like Thomas the Dank Engine. No, we don’t know either.

This collection is just as much ‘tool’ as it is a mod, because individual bits can be turned on and off using either the provided mod loader utility, or by using some other mod manager like the one mentioned above.

An alternative to this mod would be Tweaks & Enhancements, which also acts as a collection of micro-mods but has a far smaller remit.

The unlocked ships include Pirate vessels such as Gunboat, Frigate & Ship of the Line, as well Royal Ships of the Line, the Pyrothian ships and the Extravaganza Steamer. 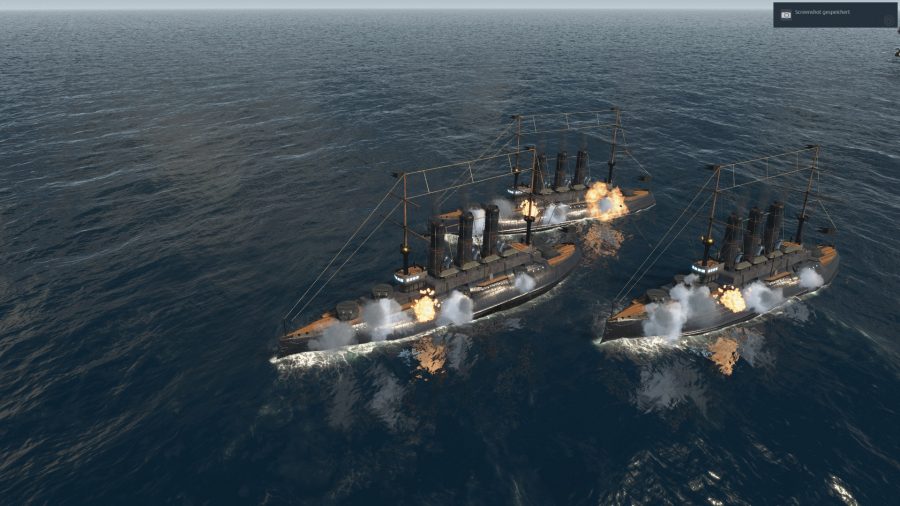 This mod is all about one thing: Battleships. In vanilla Anno 1800 the largest warship you can build is the Battlecruiser, and this mod adds in the next class rating. It comes with a custom mesh and textures for the player to be built in the Steam Shipyard when reaching 3000 Investors.

In the words of the mod’s creator: “The strength of the Battleship is to counter large ships and is more vulnerable against small ships like monitors. Battleship defeats Battlecruisers which defeats Monitors that could defeat a Battleship when in larger numbers.”

This was taken as a balancing choice, to stop Battleships from simply replacing all other ship types.

This particular cheat mod is the most popular version of this type on Nexus, currently, but there are others like it, and other mods with similar functionality. We’ve included it because in games like Anno, sometimes all you want is a bit of a boost or a way to smooth over kinks if something goes wrong.

This mod requires the Anno 1800 mod loader, and it comes with it as part of the installation files. You will need to manually make sure the loader is kept up to date though. 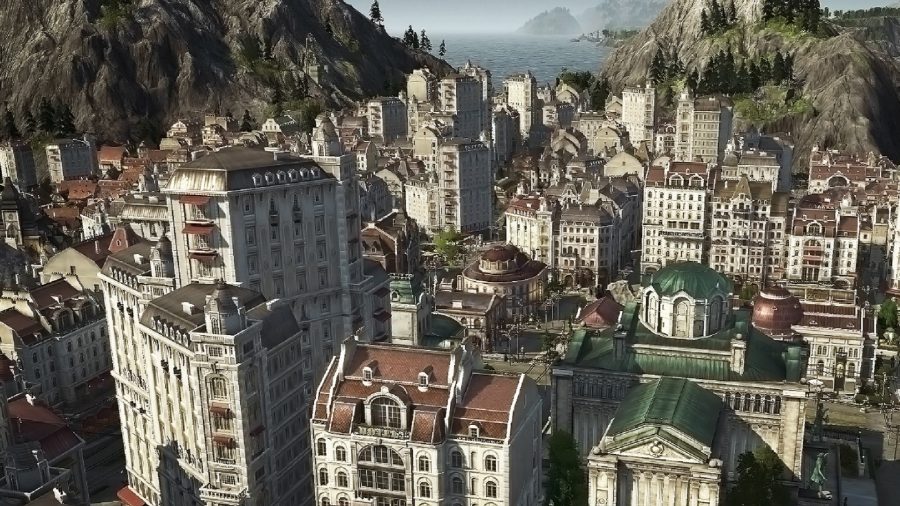 This is a popular example of a visual overhaul mod, even though its only purpose is to create unique visual effects for Tier 4 & 5 residential buildings for Engineers and Investors, as well as adding variations for Farmer and Worker buildings as well.

There are a lot of mods on Nexus skewed towards just offering new or alternative visuals for things. So make sure you have a browse if that’s something you’re after.

We’ll bring you more Anno 1800 mods as interesting new projects turn up. In the mean time, go make some money!