The AOC G2590FX is a well-positioned monitor that covers the entire breadth of functionality you should want from an affordable, high-performance, 1080p gaming monitor. It has a 144Hz refresh rate, 1ms response time, AMD FreeSync support, and a TN panel that has even the most twisted of nematic sceptics truly impressed.

You may have some preconceptions regarding the quality of twisted nematic (TN) screens, but this LCD panel type is still one of the cheapest to manufacture, and it’s perfect for budget gamers who are after superior response times.

There are those out there who believe the 1080p TN panels have no life left in them. But not everyone is willing to drain their bank accounts to spend big on both a fancy monitor and  a powerful graphics card capable of pushing millions of pixels at high refresh rates. And that’s where this screen technology really comes into its own, and the pro-gamers love it. Well, put up with it.

TN panels have had a bad rap, and rightly so. Typically they deliver heroically washed out colours, even with the improved 4K versions that came along a few years back. But the new 25-inch TN monitors are different, they don’t suffer from the traditionally weak colour gamuts or dreadful viewing angles associated with the tech, and the AOC G2590FX is one such monitor.

Sure, the viewing angles aren’t particularly strong when compared with the best VA panels around, and the colours won’t get you far when it comes to editing photos with accuracy like the mighty IPS, but for gaming it’s more than just acceptable – the G2590FX is genuinely enjoyable. 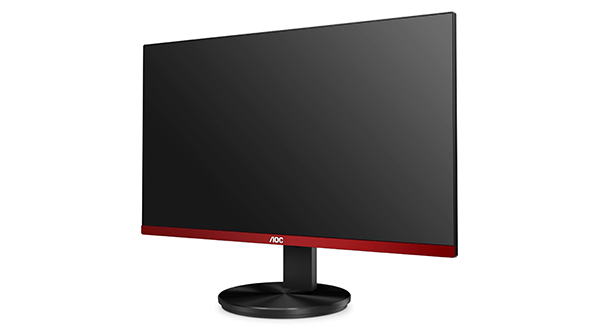 The surprising color reproduction is particularly noticeable. Overwatch is an especially vibrant and colourful title, and the G2590FX gets every bit of this luscious looking game across admirably. Banding is nowhere to be seen, and black levels are decent enough to not muddle or detract from the action, though it does still fall a little short of spectacular.

But few, if any, panels are perfect – the disappointing be-all and end-all Nvidia G-Sync HDR 4K 144Hz Asus ROG Swift PG27UQ monitor released last month is the perfect example of monitor hubris. For the AOC G2590FX, it’s the white saturation that lets it down most of all. It’s over-saturated, which causes patches of white or faint colour to be blown out. You can adjust the contrast and brightness to some effect, and knocking down the shadow control setting helps a little too, but the over-saturation seems like an inherent property to the 25-inch TN panel itself. 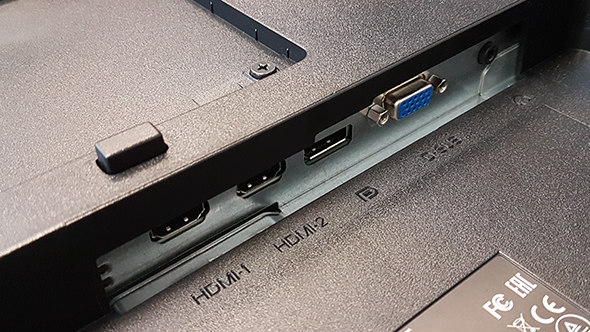 That’s not a deal-breaker by any means. In fact, the speedy refresh rate and spry response times more than counteract the panel’s noticeable misgivings in the saturation department. As a trade-off for a budget gaming-focused monitor, the high refresh rate certainly trumps the colour accuracy, and compared to other budget gaming monitors, it’s not too great a sacrifice thanks to the G2590FX’s all-round performance.

And as a 1080p monitor, the G2590FX isn’t hamstrung by a requirement for the latest, and most expensive, graphics card from Nvidia or AMD. The go-to mainstream GPUs, such as Nvidia’s GTX 1060 or AMD’s RX 580, provide more than enough power to make decent use of the 60Hz plus refresh rates available. Especially the latter, which will open up the FreeSync capability of the monitor and keep the experience artifact-free even even when your GPU can’t quite keep up with the top FPS cap. 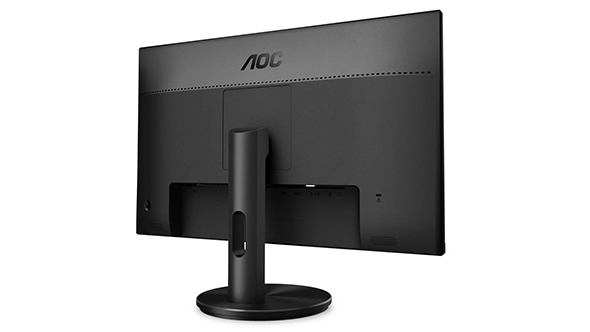 As for the build, AOC has maintained a very minimal bezel akin to its business models for the 24.5-inch screen. As such, the G2590FX would make for a decent choice in a multi-monitor setup. To save on cost, however, AOC has considerably slashed the stand functionality and use of sturdier stuff than just plastic.

Height and swivel adjustments are out. Instead, you get a plain black plastic stand that, while it still looks fitting to the overall aesthetic, only offers upward tilt adjustments and isn’t going to fare well with any rough and tumble whatsoever. It also sits a little too low for my liking, but the monitor is VESA compatible, and I can now lounge back in my seat at work under the guise of ‘reviewing a monitor’… so I can’t complain. 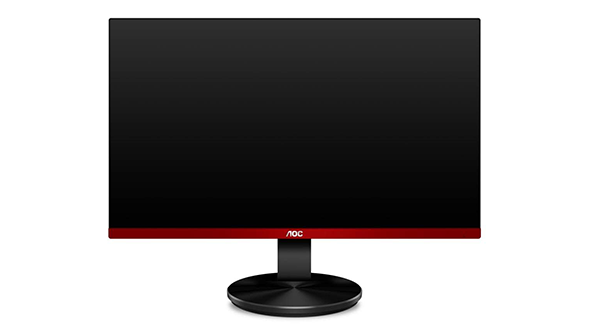 At £190, the AOC G2590FX is a little higher than what we usually consider a truly budget monitor. But while the LG 24MC57HQ-P and BenQ GW2270H certainly save precious pennies, that comes at the expense of refresh rates higher than 60Hz or response times lower than 5ms.

But while those screens are more than capable of gaming on, they weren’t built for that task. Compared to similarly equipped 24-inch gaming panels – such as the BenQ Zowie XL2411P, Asus VG248QE, or Acer GN246HLB for example – the AOC G2590FX is really competitively priced.

From the genuinely impressive TN panel, which doesn’t often warrant praise, to the price-conscious build that somehow still offers slim bezels, a multi-directional switch, and a smart design, the AOC G2590FX is one of the best all-round budget gaming monitors we’ve had in for review.