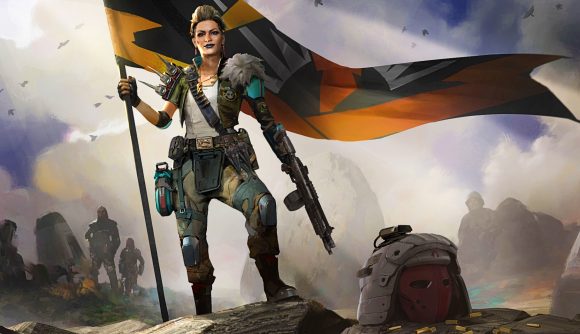 The Mad Maggie you’ll meet in Apex Legends’ next update is designed to be an aggressive playmaker. She runs quicker with a shotgun equipped and her wrecking ball provides a speed boost to allies who get behind it. However, an earlier iteration of her kit was designed for a more breach-focused character who wielded a riot shield and used flashbangs. She sounds like the sort of person who would ruin your day in Call of Duty.

Gameplay engineer Chris Winder explains during a press panel that the team were experimenting with a breacher-style character that was inspired by Polish winged hussars. The idea was to create a one-woman SWAT team who could tackle some of the defensive legends’ abilities to lock down a building. At specific points during her initial design phase, she used a flashbang and riot shield, and had a shotgun attached to her leg which she could kick down doors with.

The kit threw up a lot of challenges as the team didn’t want something that would be too strong indoors while being fairly ineffective out in the open. Once Maggie came along, however, the team felt like they had the perfect legend to take up the kit due to her aggressive personality. Having someone with a fleshed-out story and background also helped answer some of the team’s questions about the design. Her affinity for shotguns is one of the few things to survive, though you’ll see some of her kit origins in the way she pushes towards foes, too.

Like many of Apex Legends’ cast, the tooth-spitting fighter has a strong cultural background. Narrative lead Sam Gill explains that Mad Maggie is a Māori from New Zealand. You’ll hear her use common phrases like ‘kia ora’ instead of ‘hello’, she has specific patches on her clothes that pay homage to her heritage, and she even does a haka that’s tailor-made for her character.

For Gill, though, it was crucial to work with a consultancy with Māori members to ensure she was “as authentic” as possible. “Maggie is a person I know really well,” he says. “I’m from New Zealand, but that can be a trap, and that’s as honest as I can be.”

The self-proclaimed freedom fighter has got a new vignette to show off her kit before the Defiance update launches. 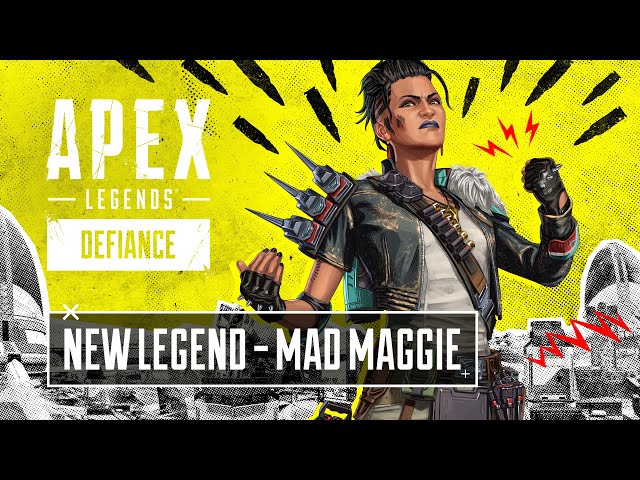 You can follow the link to find out more about Apex Legends’ Mad Maggie abilities. Meanwhile, the Apex Legends Defiance release date is February 8, so you don’t have long to wait.